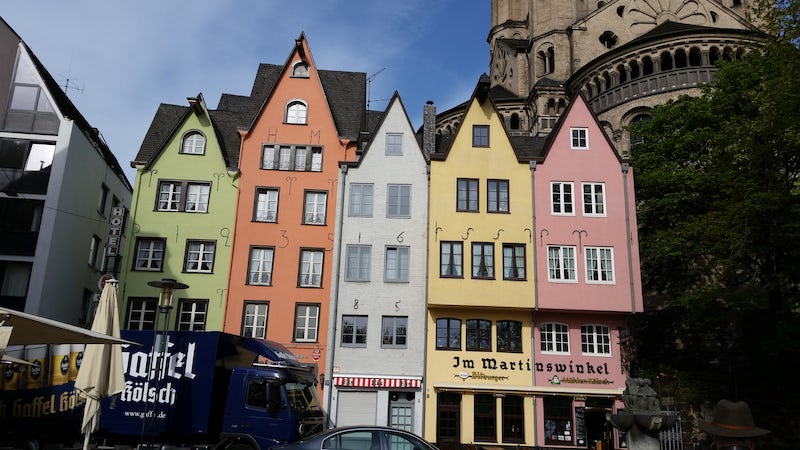 CityGirl02
2-5 Cruises • Age 60s
While we booked our cruise on the Viking Mani, we had a last minute change in the ship (to the Viking Eistla) because the Mani had to undergo some repairs. We did have the crew from the Mani, who had completely moved themselves from their home ship over to the Eistla before all of the guests embarked. They went above and beyond to make sure everything was comfortable for the guests. We had to ...
Read More

River cruise on the Rhine River

sarahans53
First Time Cruiser • Age 60s
We chose this cruise because it is the 'castles' tour on the Rhine River. Also we had not been to Amsterdam and wanted to spend a couple of days there. We picked Viking because we had heard such good things about it. We were not disappointed. A Viking rep met us at the airport, took us to our hotel, was on site while we were there. They took us to the ship, and after the cruise took us to the ...
Read More

beemer2
First Time Cruiser • Age 70s
As our first river cruise we chose the company that impressed us most. This was from reviews here on Cruise Review to their marketing videos and phone conversations with reservation staff. To support our rating, today I have just booked with Viking for another river cruise in 2017. It was a pleasure to sail on a 2015 build ship that looked as if it had just been launched and outfitted. ...
Read More

janet219199
First Time Cruiser • Age 60s
The Viking longship Mani had an accident with a barge earlier before and was still being repaired, so we were unable to embark on it for our cruise. No worries. The Mani crew took over the Estila and we sailed on her instead. We had been aboard the Estila the year before with the cruise from Amsterdam to Budapest. So my review is about the crew of the Mani doing what I call ...
Read More

Love traveling with Viking. Looking forward to my 3rd expereince in 2017.

joneskaj@att.net
2-5 Cruises • Age 70s
We had about 20+ friends ( which included my sister and I) who traveled with on the Danube Waltz New Year's Eve trip this past Holiday. The trip did not begin great for some of us as flight arrangements made by Viking caused long delays, missed direct flight to Munich from Philadelphia and a very long delay on Amsterdam. We missed the tour of Passau which was the first excursion. We ...
Read More

texas dad
First Time Cruiser • Age 60s
We were celebrating a family event and wanted to experience something new. We wanted to visit multiple countries and explore new experiences. We've never cruised before so we chose the river as it's a smaller boat and not too intimidating. This cruise met all requirements as we visited 5 countries and toured multiple Christmas markets. We had a great time enjoying the local foods and customs. ...
Read More

The Scenic Route and Of Course, the Ship's Staff

ddfrieze
6-10 Cruises • Age 70s
We had previously cruised with Viking in April 2015 - that being the Tulips and Windmills cruise. The entire experience was so wonderful and such a joy that we decided on a Viking Christmas cruise. We love the ambiance of the River craft and the personalized service that all guests receive (we did and assume all others did as well). The ships themselves are kept very neat and clean and the ...
Read More

hulahoop0
10+ Cruises • Age 50s
This cruise was great. Had a nice mixture of cities, sites and culture. Went the time of year when each country had their Christmas Markets which were fun to walk around (but tended to have the majority of the same items). It was nice that each port had a tour included. I was calling this the "anti-cruise" because no one was pushing drinks (which were very reasonably priced), you didn't have ...
Read More

shiplover12
2-5 Cruises • Age 60s
My husband and I went on the Rhine River cruise in November 2014 and had a magnificent time. We enjoyed the cruise and Christmas markets so much that we took the Danube cruise in 2015. We had a very pleasurable time on this cruise too. The staff was excellent and very knowledgeable. The food was also delicious! The itinerary kept us busy all week. We especially enjoyed Vienna, including the ...
Read More

A Dream Come True, Even Better Than I Thought!

MsJudy
10+ Cruises • Age 70s
We took two weeks prior to our embarkation to visit Germany, Italy & the Czech Republic & then spend a day in Passau. We chose this particular cruise for the Christmas markets & getting into the spirit of Christmas in Europe. We knew the weather would not necessarily be in our favor but the crew made sure we were comfy greeting us with hot, wet towels to freshen up with when we boarded, to ...
Read More