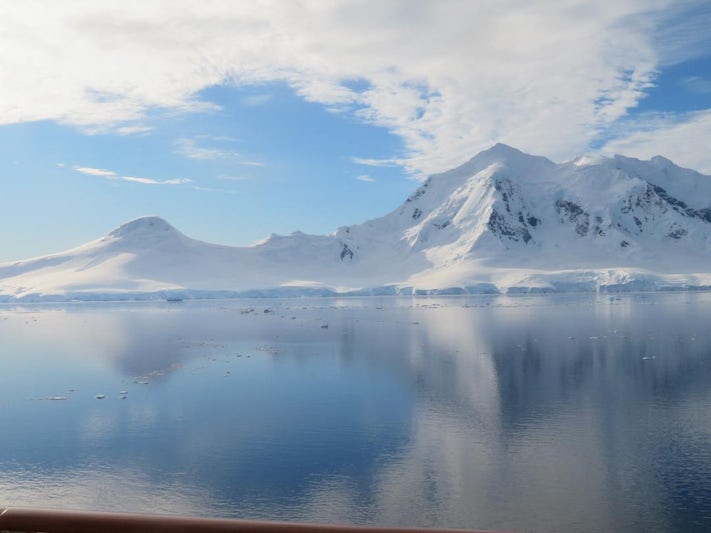 See all photos
Cruiser Rating
4.1
Very Good
75 reviews
Ratings by category
Featured Review
This was a holiday of a lifetime
"We chose this cruise for the destination and itinerary and we were not disappointed. Every member of staff worked tirelessly to ensure we had the best experience possible. Whether we were first or last we noticed..."Read More

Expensive ferry boat, not a cruise

I don’t think I’ll ever do the Hurtigruten again. First it was very expensive, over 5000 kr per person for a 36 hour trip from Bergen to Trondheim going through Geiranger. We ordered the Arctic Superior room which was twice as expensive as a standard room, but it just had a round port window. It was no better than standard rooms on a normal cruise ship. The Hurtigruten shouldn’t be thought of ...
Read More

The whole experience from beginning to end was superb. We had been with Hurtigruten up the coast of Norway and so enjoyed it we wanted to do a longer cruise. Antarctica was our choice. We booked a suite and this did not disappoint. The advantages of the suite were many - breakfast in the a la carte restaurant, an invitation to eat in the a la carte restaurant in the evening, free mini bar ...
Read More

Antarctica was on our bucket list for a long time. This was a beautiful and truly unspoiled nature. We loved Antarctica. The expedition was great but don’t book or plan to book the optional excursions unless you plan to be disappointed. When we made our initial booking we were told we could book the optional excursions until the sailing date. Called 2 weeks later to book and were told had ...
Read More

We just got back from the 2019 “Christmas in the Antarctic with Penguins” on Hurtigruten’s Midnatsol. This is a review meant mostly to give upcoming travelers some tips you may not get elsewhere, but I’ll start by saying it was absolutely fantastic. Great staff all around, very friendly and knowledgeable. Top ratings for food too, which I’d classify as a European menu with lots of variety. Very ...
Read More

We chose this trip to Antartica as it gave us the experience of landing on the continent itself. We have been to Antartica three times before in cruise ships which were good but this time we wanted something extra. Hurtigruten provided just what we wanted at a reasonable price and the overall package was excellent value. In total we had seven days on the peninsula and had two off boat ...
Read More

This was a holiday of a lifetime

We chose this cruise for the destination and itinerary and we were not disappointed. Every member of staff worked tirelessly to ensure we had the best experience possible. Whether we were first or last we noticed no difference in attitude or attentiveness of the zodiac drivers or the expedition team members, we were made to feel like we were the first passenger of the day each time. We were ...
Read More

Dream Fulfilled - A Visit to the Frozen Continent

We sailed on the MS Midnatsol on Hurtigruten’s 13-day “Antarctica-Highlights of the Frozen Continent” expedition. It was the experience of a lifetime! Antarctica is an amazing, unique, and beautiful place. We were able to land at five different Antarctic locations (Half Moon Island, Orne Harbour, Danco Island, Necko Harbour and Demoy Point) and observe penguins, seals, whales and sea birds. All ...
Read More

Discovered my inner Polar explorer on an expedition to the Antartica.

I choose this cruise after seeing an advert in the newspaper offering free flights to Argentina. This is a very expensive holiday, so anything to help with costs was gratefully received! Other passengers also responding to this advert. As an additional point re costs, as a solo traveller I was expected to pay an expensive single supplement, which is so, so tiresome. I took my daughter to share ...
Read More

The price was right and I knew Hurtigruten by reputation, from the cargo/postal route in Norway. I figured they would 'know their ice'. This cruise went further south than many others I researched (65 degrees south) and also allowed for zodiac landings and different ways to interact with the environment. I did not want to just cruise and not leave the ship. The Expedition Team consisted of 22 ...
Read More

Antarctica - Highlights of the frozen continent 2019

It was a cruise from patagonia (south america) to the antarctic peninsula. The expedition team of the ship was extremely competent and helpful. Her lecture was well prepared, interesting and scientifically founded. Landings, or cruising with the Zodiacs were very well prepared. Safety has always been a top priority on the ship, landing and cruising with the Zodiacs. Special boots for the landings ...
Read More