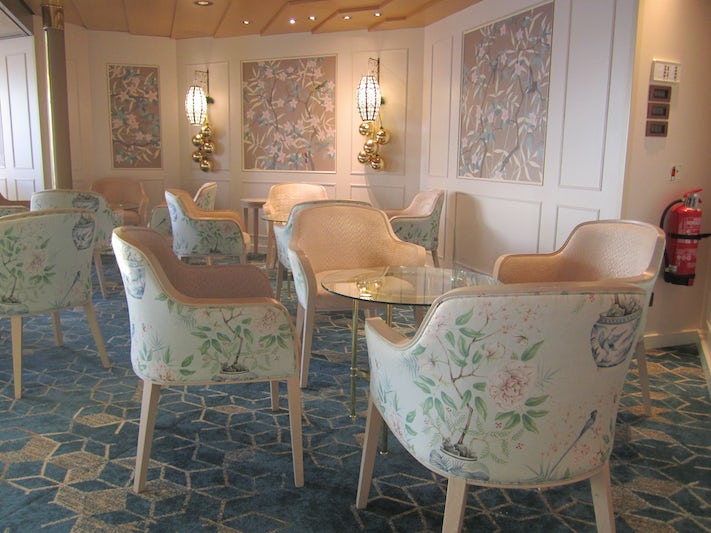 See all photos
Cruiser Rating
4.1
Very Good
8 reviews
Ratings by category
Featured Review
UK South Coast and Scottish Scenic Cruising
"The weather was poor for this cruise, so the lack of good sunny areas to sit were not a problem, in fact the more enclosed prom deck, (compared to the previous ships), was a good place to be when the scenic cruising was taking place as it was windy and showery.We went on a three-hour walking tour of Falmouth, (around Pendenis Peninsula) along with quieter parts of the town, which was good, though as we were told once on the ship that the port would need tenders, it took an extra half hour each end for the tendering process (so four hours in total)...."Read More

WE WOULD CRUISE AGAIN WITH FRED OLSEN

Review for Borealis to Europe - All

Fluffychris
2-5 Cruises • Age 70s
We wanted to get away from home before we went "stir crazy" it has been a difficult 18 months! We fancied some winter sun but didn't want to sit in a 'plane for 4 hours, so went on a Fred Olsen 14 day cruise around the Canary Islands on the Borealis. This is not a new ship but Fred Olsen has done an excellent job of refurbishment; we were impressed with the overall standard of decoration and ...
Read More

Review for Borealis to Mediterranean

Newcruiser2035
First Time Cruiser • Age 60s
We were originally scheduled to take this cruise in October 2020 but were able to postpone it with little or no fuss and at the price we originally paid. We had been on river cruises previously, but had not taken a sea cruise before so weren't sure what to expect. Check-in though lengthy because of covid requirements, was smooth and efficient, and to be honest the precautions were reassuring. ...
Read More

Comfortable and safe return to cruising

Handy Towne
10+ Cruises • Age 60s
We were wary of returning to cruising as it is a very different world to our last cruise in December 2019 but we came home, having thoroughly enjoyed the cruise and having felt safe throughout the 11 daýs - so much so that we have booked another cruise for December. You could ask for nothing more, from Fred Olsen, to reassure you over Covid protocols. We can all find faults and claim to have had ...
Read More

Review for Borealis to Spain