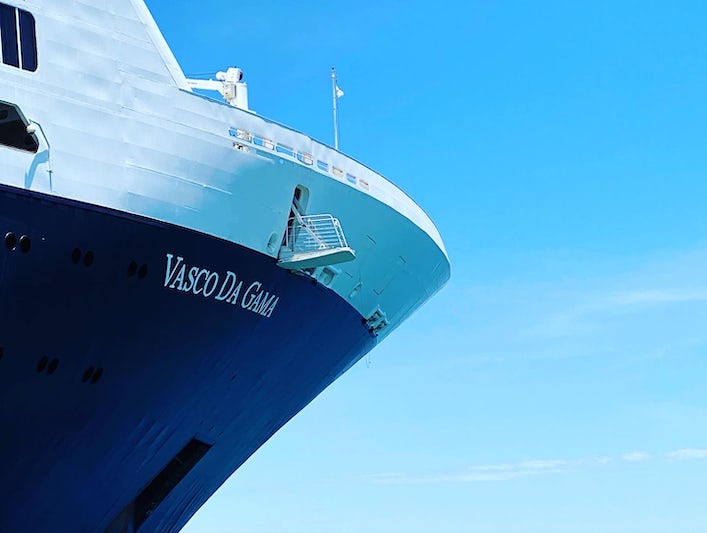 See all photos
Cruiser Rating
2.5
Poor
54 reviews
Ratings by category
Featured Review
Badly let down
"Too many surly bar staff who were unable to smile.Same for reception staff who were actually rude at times...."Read More

oldie2go2
6-10 Cruises • Age 70s
Price and itinery lead to this cruise. It was a mistake. Too many surly bar staff who were unable to smile. Same for reception staff who were actually rude at times. The attitude on the ship was "you will do what we say and if you don't like it, too bad" It was a case of, "We will ask the questions". Open hostility at times. Senior crew were inexperienced and kept telling us that they had to get ...
Read More

Struggled to reach it's 3 star rating

oah
6-10 Cruises • Age 60s
I will make this as honest and impartial as possible. We expected a 3 star budget cruise and it struggled to reach this standard. I will start with the embarkation. Singapore is not a good port to board from at the best of times but when CMV had every passenger embarking at the same time (3PM) and no-one giving any direction the whole process was a complete shambles, however when we did get ...
Read More

richardo43
10+ Cruises • Age 70s
24th February 2020 cruised from Singapore 15 days, Cambodia, Malaysia, Vietnam, Thailand back to Singapore. First trip to Borneo to see the orang-utans (most peoples attracted by this opportunity to the cruise) cancelled because the ship was too big to navigate the channel (you would have thought that this was known before being on the itinerary), To cut a long story short the main reason for ...
Read More

Wycliffe86
10+ Cruises • Age 70s
This was our first cruise on C.M.V. so we were unsure what to expect. We had the quickest ever embarkation in Freemantle and first impression of the ship was very favourable and that opinion did not alter. The décor, layout and cleanliness of the ship was first class. We had chosen an inside cabin 5240 and again was pleasantly surprised with the space, layout and décor and it was available as ...
Read More

123c45a
6-10 Cruises • Age 70s
Originally, the ship was going to Komodo Island, but this was cancelled and Lombok was one of the destinations instead. However, we were told before we took the cruise. We had travelled on the ship before in 2006 when it was Holland America's 'Statendam' but we only found out after we had booked. The ship looks totally different and the most outstanding feature for us were the three ...
Read More

JaseY
10+ Cruises • Age 50s
I chose the cruise V014 - Broome & Treasures of the North because of the destinations of the cruise. BIG MISTAKE - we visited Geraldton on the Monday after leaving Fremantle on the Sunday, I prebooked a tour of Geraldton - it was hot in excess of 40 degrees at 0900 we were trundled up to the HMAS Sydney memorial whilst nice was very hot, during the chat from one of the gents volentering I heard a ...
Read More

asd
First Time Cruiser • Age 110s
We went to this overnighter to get an idea of if we would like being on a cruise ship, I found the Vasco Da Garma to be dated, looked a bit 1990’s to me, the cabins were small as expected but had stains and broken fixtures. The food was average to poor and small portions, there is very little to do onboard unless you just want to drink and sit in a sun lounge all day, the entertainment for the ...
Read More

Kath82
First Time Cruiser • Age 30s
We had a large booking for an overnight stay on the Vasco Da Gama. The ship itself was okay for the rating and expectation (tiny cabins and small pools) but the behaviour of the staff was the worst I have ever come across! They were rude and we felt like an inconvenience to them every time ordered a drink or food. It often took up to 40 minutes to get a drink due to under-staffing as well. Maybe ...
Read More

Over-priced for what you get

RCI Veteran
10+ Cruises • Age 50s
My husband and I wanted to try another ship from Fremantle rather than fly over east or to Singapore for a short cruise, as we sail about 6 times a year. This was a one night in port celebration when we booked, but later converted to part of the Perth Fringe festival. We went on the Astor in 2018 for 1 night (which we hated!) but thought the Vasco da Gama might be a better option as it was ex ...
Read More

Julia Clarke
6-10 Cruises • Age 70s
We love the Fringe Festival and thought this would be something different and exciting to do. How wrong could we be? Embarkation was smooth for us but our friends were held up because they had a very slow person who couldn’t type the information quickly or correctly and made many mistakes so it took them a while to check in. Our Cabin 9090 was a good size (for a ship) but the floor was ...
Read More