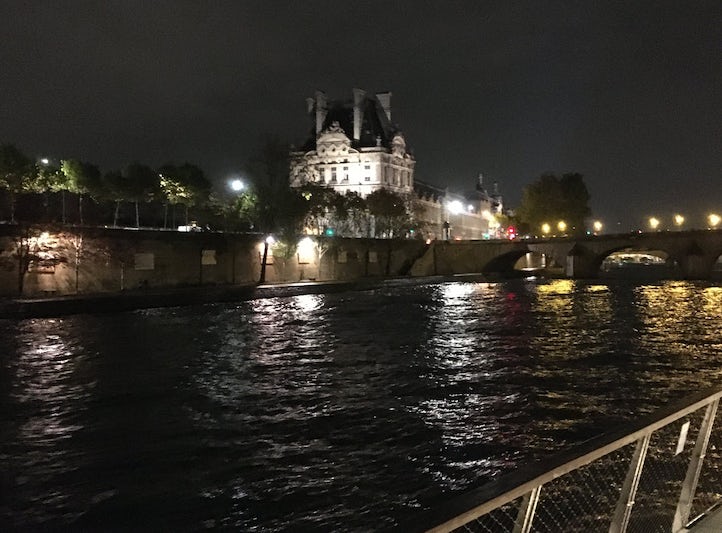 See all photos
Cruiser Rating
3.2
Average
479 reviews
Ratings by category
Featured Review
Magellan Cough strikes again
"Magellan sort it out, there is no sense in trying to put a cruise on if more than half of your passengers fall ill due to lack of proper air con or whatever caused this, we do not want to be spending thousands on a cruise to then come back and be ill with infections and coughs.I will never sail on the Magellan again due to the cough epidemic if not for this I would have done...."Read More

Muchtravelled
10+ Cruises • Age 70s
We were going on our Golden Wedding cruise with two !o g standing friends over Christmas for the first time. A cruise which had been looking to for many months which was ruined by poor service from the start. Destinations changed and replaced by ports and cut short timings in port on a number of occasions with little consideration for passengers. One old couple never even got off the boat having ...
Read More

capmat
6-10 Cruises • Age 50s
We chose this cruise for Iceland, and the Scottish islands. Overall, the itinerary was great, and from this perspective we loved the cruise. The weather was definitely against us, though, and some extremely rough days at sea meant we didn't leave the cabin much - not necessarily a bad thing in light of virus concerns. However, there are many reasons we wouldn't sail on this ship again and the ...
Read More

Holidays70
2-5 Cruises • Age 60s
So many negative comments about this ship which I thought unfair. When you book you know it's an old ship and that it's rated 3 star. We've just returned and had a great time. Because of the seriousness of the virus it was obvious to us that extra measures were being taken to keep passengers safe. This was enforced at Tilbury with a thermal camera being used to screen passengers before they ...
Read More

Meka3256
6-10 Cruises • Age 30s
This was my 2nd time with CMV. I chose this cruise due to the itinerary and price. I am happy to travel on any cruise ship with any company, and would usually chose by itinerary and price (specifically solo supplement - I refuse to pay a large supplement). CMV doesn't do frills, however it never claims to. This trip, as with my last one with CMV provided a good itinerary, edible (and ...
Read More

GOMCP
2-5 Cruises • Age 70s
Ship felt a bit “old & tired" – the stairs were steep between decks. Tables not equipped for rolling – we experienced severe weather conditions where items just skidded off tables – lips on the edges of tables would help or some friction covering on the tables? You can purchase WiFi – but this was relatively expensive and only really worked in (or near) the Reception area. Food / ...
Read More

Comfortable but room for improvement

ejones153
2-5 Cruises • Age 60s
The destination of the Amazon was the principle criterion for selecting this cruise. I also thought I was not paying a single supplement but came across more than half a dozen couples who jointly paid less than me so I feel duped. The onboard entertainment was a mixed bag. But lints is missing some performers. I walked out of some shows as there are only so many songs that I could cope with ...
Read More

The worst cruise ever

Scott Fryer
2-5 Cruises • Age 50s
Saw an online deal that looked like good value for money, learnt a lesson, you get what you pay for. Below are a few reasons I viewed CMV so lowly. 1. Departed 1 day late due to storms which is ok but to miss two ports as a result of loosing one day wasn't explained. 2. Tv didn't work for the duration on cruise (14 day), reported daily and was informed it is a widespread problem and they ...
Read More

Worst Cruise we’ve ever been on...

Bryers
10+ Cruises • Age 60s
We’ve just returned from 13 night cruise on the Magellan to Norway. We’ve done Royal Caribbean, P&O, TUI and one previous CMV cruise on the Columbus. It pains me to say that this was undoubted the worst cruise we’ve ever been on. The positives are more than outweighed by the negatives. Positives: Quality of food was very good, as were the Waiters and Wine Waiters. The Room maid was ...
Read More

Michael R J C
10+ Cruises • Age 70s
THE WORST EVER CRUISE SHIP. Northern Lights Cruise Feb/Mar 2020 The good points, food we thought was quite good, staff in restaurants and bars very good. Cabin steward, Cabin 5009 very good always cheerful and helpful. We thought the dancers were excellent but the singers left a little to be desired. The two guest entertainers were way past their sell by date, a comedian who was so old and ...
Read More

CMV must do better

mikec58
10+ Cruises • Age 70s
This was our 4th cruise with CMV, all of the other three being on the Marco Polo, which we absolutely loved. Although we enjoyed the cruise (we enjoy all of our cruises), there were quite a few things that could have been better: The cons The cruise was booked for 14 days, 5 days before we were due to go we were informed that the cruise was being cut short by one day, because of bad weather ...
Read More