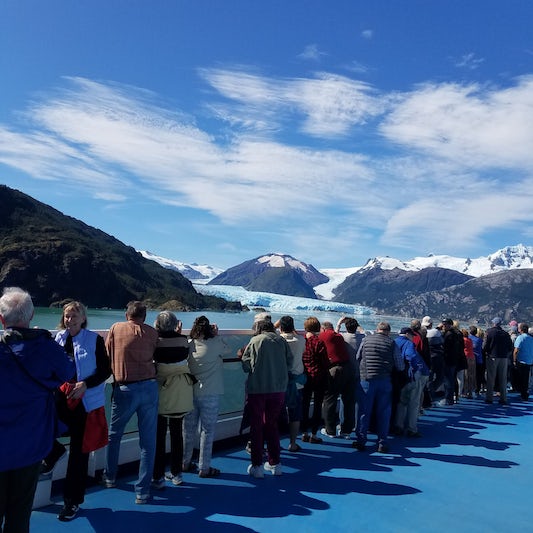 Review for Marina to South America

We chose this particular cruise because the itinerary and dates matched what we wanted so we were excited to try Oceania, having heard great things. We stayed in cabin 10015, which was the lowest Penthouse Suite Category. Overall, the cruise was *good*. The food was good but not great except for Polo Grill, which was fabulous. The most aggravating thing about the food experience was not being ...
Read More

The best food at sea... I don't think so

Review for Marina to Transatlantic

This is our second cruise with Oceania on the Marina this year, but unfortunately we won't be actively checking out Oceania cruises for our next trips - we really wanted to like them! The ship is nice, a good size, public areas and spaces are very well appointed and maintained. They also have some nice itineraries, and being a smaller/mid-sized ship can get into most places We travelled as ...
Read More

A nice ship but left disappointed

We went on our second Oceania cruise two weeks ago on the Marina. We had taken an Oceania cruise to Cuba on the Sirina about a year ago. We had heard such wonderful things about the Marina, large cabins, great service and great food. We have been consistent Crystal cruisers. (18 over the years) The Marina is a small ship, the type we like and the cabins are a bit larger than Crystals. ...
Read More

Oceania not what they used to be

Room is fine 11061 is a bit noisy but great size butler &maid Dining & tour arrangement a 3rd rate low price Cruise line disaster. Tour changed with no notification (some attendees, not all received notification 2 days in advance. WE DID NOT) from am to pm thereby not allowing time to dress for cocktail party & attend dinner reservation at speciality restaurant. The restaurant refused to ...
Read More

Average, not as Luxurious or 5 star as touted

We sailed aboard Oceania Marina from Lisbon to Monte Carlo Sept 29 – to Oct 6 2019. Our expectations and excitement for the journey as well as the Marina were high based on much research and Oceania’s marketing. Our cruise experience was not five star/luxury, intimate, personal, or warm. Cabin and Concierge Service Cabin service was average, but not personalized or attentive beyond usual ...
Read More

Cruise and excursion GOT-004 12:30pm – 4:30pm in Gothenburg, Sweden, cost $179.00 per person was terrible. It was a total waste of our day which we cannot get back. We departed around 12:45 pm and arrived at our first stop Skarhamn at 2:00 pm. We were allotted 20 minutes at this stop and used the time to wait in line for a restroom. Nothing open at this stop except the one restaurant we used ...
Read More