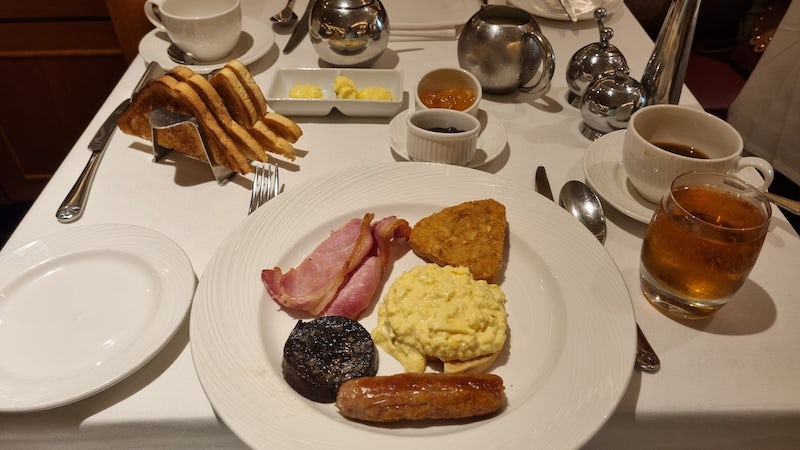 Very Good but in Need of Improvements

my@spark
6-10 Cruises • Age 40s
We went on Ventura for our yearly cruise with 4 children under 11. We arrived at Southampton around 10 am. . It was a smooth embarkation with at least a 2 hr wait. Which wasn't the best for our 2 yr old daughter, but there was space for her to play. We went through security nicely and easily . When we boarded the ship we went up to the waterside(buffet)which was good for children but not a lot of ...
Read More

Adrian G
10+ Cruises • Age 50s
This was my 10th. cruise and my second on P&O. As with my previous reviews, I will split the review into sections... Embarkation/Disembarkation. Brilliant! Arrived at the docks in Southampton and joined a queue for car parking (free from P&O). The car parking was by CPS and my car was taken to a secure area for the two week cruise. CPS is not a "fly-by-night" company and the secure car park ...
Read More

Wiz201
First Time Cruiser • Age 30s
Me and my sister's first time cruising, we were accompanied by my dad and step mum who had cruised before. My dad had chosen to drive down and use CPS parking which went smoothly, picking up the car at the end of the cruise was no trouble and it only took him 10 mins. We went to the Mayflower terminal to board Ventura. We arrived at 2pm which I'd say is the worst time to arrive. They had ...
Read More

The Kraken
2-5 Cruises • Age 50s
My wife and I had a wonderful first time trip on-board the Ventura from the 7th to the 14th April 2013. Overall, we were extremely pleased with the ship and staff and truthfully, could not find much to complain about. We were pleasantly surprised that the holiday was so good and this was in part because we had been unnerved by some of the reviews we had read from other passengers and so expected ...
Read More

Blackburnrover
6-10 Cruises • Age 60s
I can quite understand the rave reviews and five star ratings for Ventura as these are mostly from First Time Cruisers "upgrading" from their "all inclusive fortnights in Turkey". It is not quite the Butlins Boat yet but has certainly set a course in that direction. I actually overheard one passenger declare to the " future cruise specialist" that she might have to downgrade from a balcony next ...
Read More

traveller
2-5 Cruises • Age 70s
This was our second cruise with p&o. Both med cruises. Service was exceptional, food always lived up to expectations. Entertainmet varied and of good quality. Headliners presented broadway style musicals and deserved to be introduced as such, spectacular and brilliantly choreographed, Beegee tribute was fun and entertaining. Martin Daniels and his comedy magic show amazed and amused us. George ...
Read More

To Venice on Ventura

tom_uk
6-10 Cruises • Age 70s
This was our third cruise on Ventura, so you already know that she's a ship we like. Ventura's strong points were the same as ever: the balcony cabins (especially the walk-in hanging area), the big C-deck balcony, the quiet of the stern Terrace, and the touches of formality. But this cruise was principally about the itinerary, which was as good as we'd hoped. The worst destination, ...
Read More

jocap
6-10 Cruises • Age 70s
The main thing we learnt from our previous 2 trips on Ventura, was that there would be so much to do that we'd rarely be together as a couple. With a long cruise and many sea days such as this, we went our separate ways so often, that we must have seemed like a couple of singles. There were a number of lectures each sea days, which is my scene; art classes which clashed with the discussion group; ...
Read More

chas379
10+ Cruises • Age 70s
Our itinerary was Southampton to Zeebrugge (For Bruges) and return to Southampton. 25th to 27th March 2011.Booked through a cruise agent we had used before and no problems on this. However on all the documentation I received there was no indication which berth, at Southampton, the Ventura sailed from. A few years ago when sailing from Southampton with P&O we always left from the Mayflower ...
Read More

FANTASTIC WHAT A SHIP VENTURA IS

SPACASTAN
First Time Cruiser • Age 50s
This was our first cruise and we were just amazed when we pulled up at the dock and seen Ventura, she is huge. Our luggage was taken off us and we proceeded to check-in. Once all the formalities of check-in and security were over we proceeded to board. We all looked in amazement when we entered Ventura. We were shown to our cabins and our luggage was there waiting and our cabin steward introduced ...
Read More