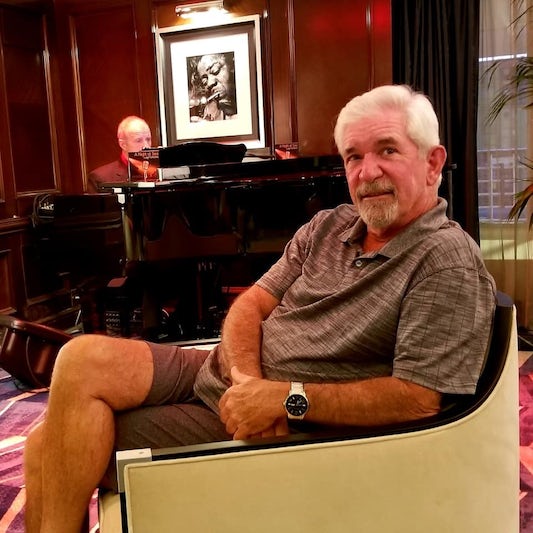 Nothing to brag about

covinaCruiser
10+ Cruises • Age 60s
We chose this cruise with friends, as they wanted to see the British Isles. Scheduled ports in England, Scotland, Ireland, Wales. This particular itinerary included Liverpool, which interested us as we are big Beatles fans. Well....... They give you the embarkation berth number, but not the GATE at Southampton. Our driver had to ask around and take 20 extra minutes or more to get us to ...
Read More

First Ocean cruise. Will not be our last

minou57
2-5 Cruises
This ship was a perfect size for us. The food was excellent. Polo Grill very good and Toscana great. I also really enjoyed the meals in the Grand Dining room. Wine can get expensive but Happy Hour is 2 for 1. Brought our wine to the dining room. Great entertainment. John's magic show during happy hour was the best. The speakers were outstanding. Enjoyed Black Jack tournaments. Some ...
Read More

Pickeringman
2-5 Cruises • Age 70s
We chose the cruise based on its itinerary. We wanted to go to the main ports of the UK and Ireland. The ship docked at Newcastle, Edinburgh, Glasgow, Belfast, Dublin, Liverpool, Holyhead, Waterford and the Isle of Portland. A similar cruise on the Caribbean Princess didn’t dock at Newcastle where we had friends living. It was a much smaller (mid-size) ship than the ones we had sailed on prior. We ...
Read More

Jay23
10+ Cruises • Age 80s
Nautica Round British Isles 9 - 21st September 17 This is our third Oceania cruise. Our first two were on Riviera, but we have cruised on Nautica before when she was Princess’ Royal Princess many years ago. We are English and live around two hours’ drive from Southampton. We arrived at around 2.30 pm at the terminal. Check in was pretty straight forward as there were no guests waiting ...
Read More

Weather was better than expected

BillPizzaiolo
10+ Cruises • Age 70s
Itinerary was one we hadn't done before. Had a really good time on board and in the U.K. and Ireland. The ports were very interesting and the weather was really good for northern England and Scotland. The rough seas were almost un-noticable the night we had them. The ship was very comfortable through that night. The captain was among the best in keeping all well informed throughout the ...
Read More

How Solvable Inconveniences Spoil a Vacation

Inventor
6-10 Cruises
As the saying goes, how many chances do you have to make a first impression? We have traveled on several cruise lines including Disney, Princess and some smaller ones. Oceania was the most non-caring in their treatment of the entire cruise experience. The one I enjoyed the least. Boarding was a bad start: 45 minute wait standing in a "snake line" to register. This, after an all night ...
Read More

Nadaks
10+ Cruises • Age 70s
Have done many cruises on the Nautica. Love the small ship atmosphere and the\of the ability of the ship to stop in smaller ports. The ship is beautifully decorated and easy to negotiate. There is a great selection of dining choices and all are delicious. The speciality restaurants are especially nice and they are included. We downgraded to a obstructed view cabin and were not bothered by ...
Read More

Great itinerary and service let down by entertainment.

Peter Bosworth
10+ Cruises • Age 80s
The destinations of Iceland and Greenland were new to us and were as hoped for. We had sailed with Oceania before on Insignia and thoroughly enjoyed it with good shows and lectures. This one was different as the shows were poor (although did improve at the end of the trip) and the excuse of all cabins booked so no room for entertainers did not wash! And the single lecturer was, in our opinion, ...
Read More

Route of the Vikings

ngamma
10+ Cruises • Age 70s
This cruise was beautiful and interesting, far more so than we expected. It was a Southampton round trip, themed around the Vikings. The itinerary was: Edinburgh, Shetland Islands, Faroe Islands, Akureyri and Isafjordur in northern Iceland, an all day navigation of the staggeringly beautiful Prince Kristian Fjord in Greenland, followed by Paamiut and Qaqortoq in Greenland, then back to Reykjavik ...
Read More

Victory for the Vikings. Zero for Oceania pricing.

maland
10+ Cruises • Age 80s
Chose this cruise for the interesting itinerary. We had been to Iceland and Faroes 3 years ago and enjoyed it so much we wanted to go back, also this cruise featured 2 stops in Greenland which we wanted to see. The last time we sailed on Oceania (Regatta & Insignia) was 2005 and 2007 respectively. We were interested to see how ship experience has change in these years and the (possible) effect of ...
Read More