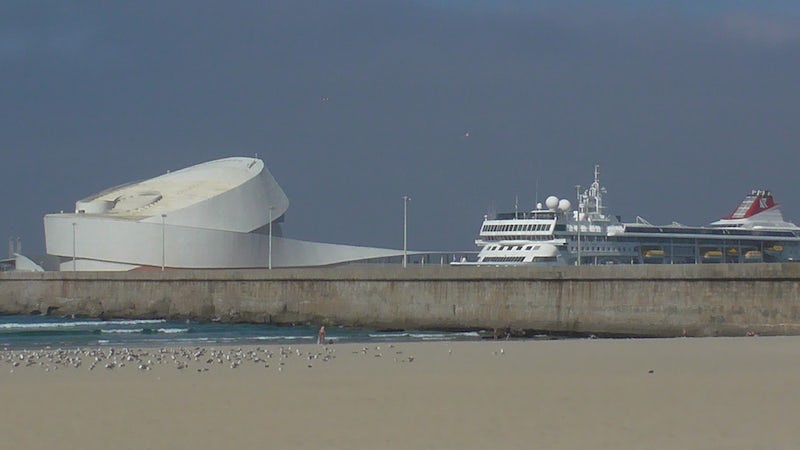 Good itinerary but Fred.Olsen not for me

Number34
2-5 Cruises • Age 70s
We chose the cruise because of the itinerary - German waterways and that was everything we hoped for. Great stops at Flensburg, Travemunde, Hamburg and Bremen and peaceful and scenic cruise down the rivers and Kiel canal. At all ports we did our own thing so cannot comment on excursions. We had a superior suite on deck 7, roomy with sofa, two armchairs, loads of storage space and really large ...
Read More

Delightful River Cruising on the Braemar

heatherraine@ymail.com
10+ Cruises • Age 60s
This was one of the best, most relaxing cruises I have been on. The highlight was cruising along the Seine, to and from Rouen. We also cruised inland to Bordeaux, and that is a beautiful city. Evening entertainment was very good, and we were always able to find a seat for the 2nd sitting show. We were seated at a table for 4 and the couple we shared with, Edna and Peter were excellent company. ...
Read More

Our First Cruise with Fred Olsen

doyoukeepatroshin
10+ Cruises • Age 70s
We have just returned from a round britain cruise on Breamar. First the good points. The food in the thistle restaurant on most occasions was some of the best we have ever had on cruise lines. The staff were excellent and the balcony cabins large with good storage. Now the bad points. Breamar was a vast 800 person floating old peoples home. The cabin "bathrooms were so small and ...
Read More

Braemar's crew were her finest ambassadors

Andrew.Kennedy
First Time Cruiser • Age 50s
Having worked for four years in P&Os iconic ss Canberra, including her farewell cruise in 1998 prior to her being decommissioned, I have always avoided the temptation of a cruise holiday; party because I had 'been there and done that' albeit from a different perspective, and also because I feared I would spend too much time complaining that 'it isn't like it used to be...' However a partner keen ...
Read More

Spitfire24
6-10 Cruises • Age 60s
We were attracted to this most enjoyable cruise (our eighth - we have previously sailed only with Cunard and P & O) for three reasons: (1) the dates (working patterns only allow school holidays); (2) the destinations (we had never before explored our own islands); (3) the price (we secured an excellent late deal for an inside cabin, which more than met our own requirements since we were really ...
Read More

Amsterdam, Antwerp and Rouen - river cruising on a seagoing ship

Saligo
10+ Cruises • Age 70s
BACKGROUND INFORMATION This was an unusual cruise – 8 nights away, but never getting more than 175 miles from the home port, with overnight stays at all three of the ports visited and spending a significant amount of time sailing up and down rivers on a sea-going ship. Our main reason for choosing it was that we have never visited Amsterdam, Antwerp or Rouen and thought that a travelling hotel ...
Read More

You get what you pay for

Enobarbus
6-10 Cruises • Age 70s
We have recently returned from a Fred Olsen four night mini-cruise on the Braemar from Dover to France, Belgium and Holland. Last year, we went to the Norwegian fjords on the larger Olsen ship, the Balmoral. I quite liked the Braemar although it is showing its age and our cabin, particularly the bathroom,was in need of some refurbishment. The television had a mind of its own and only worked when ...
Read More

A bit of a culture shock

ceri
2-5 Cruises • Age 80s
We have previously cruised on the very big RCI ships. We fancied a quick summer getaway cruise to get some sun, so booked a late deal with FO. Embarkation at Dover was very slick,easy and friendly. As we got on board we found the ship much much smaller than we are used to, but clean and nicely kitted out. Our inside cabin was small and set out as two single beds, we asked our attendant to ...
Read More

TravelinTchr
First Time Cruiser • Age 50s
First of all, I must reiterate what many folks have mentioned in regards to the crew onboard the Braemar who were all very friendly. I must say in addition that all of the folks from Fred Olsen with whom I was in contact with on the telephone or via email prior to our cruise were also tremendously helpful, professional and friendly. I sure hope that the powers-that-be from Fred Olsen Cruise Lines ...
Read More