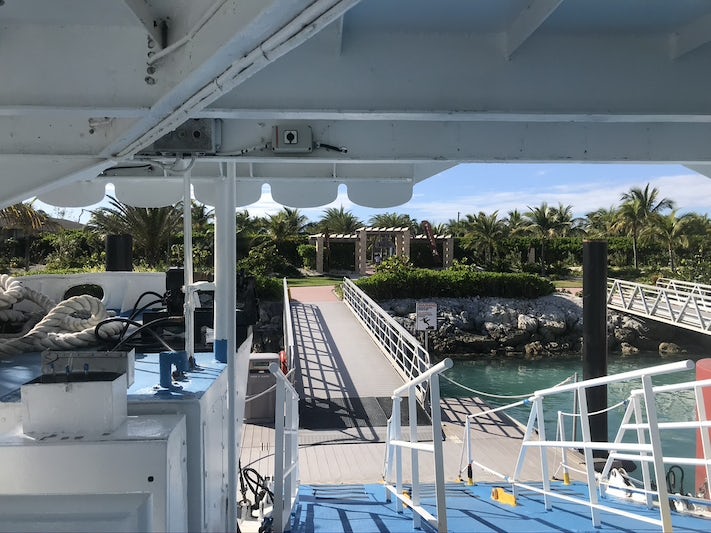 Review for Insignia to Caribbean - All

Clholz
10+ Cruises • Age 60s
After 45 cruises, the sale prices on Caribbean cruises due to the cancellation of Cuban cruises and the luxury, premier branding of Oceania convinced us to try the Insignia. The ship itself is truly a classic beauty! Unfortunately, we did not experience the premier service and the excellence of food that Oceania advertises. The food in the Grand Dining room was okay: choices were very limited ...
Read More

Insignia - Not Bad, but Ultimately Underwhelming

Review for Insignia to Caribbean - All

RLM77
10+ Cruises • Age 60s
Just off Insignia from an 11-night Eastern Caribbean itinerary. This was our 44th cruise overall, but first on Oceania. While there were some things to like on this cruise, we were underwhelmed overall. We do not plan on cruising on O again, and certainly not on the R-class ships. Details follow; see near the bottom for comments on accessibility (ADA) features: The Good: Service was very ...
Read More

N H C
2-5 Cruises • Age 60s
I chose this cruise because of the ports it included specifically Quebec City, Charlottetown, New York, and Bermuda. The rest I didn’t really care one way or another. Both Charlottetown and Bermuda were cancelled - not Oceania’s fault for Bermuda - weather was bad. Substituted Corner Brook,Nfld for Charlottetown- not impressed - never heard a reason. 2 other Canadian ports were cancelled due to ...
Read More

Review for Insignia to World Cruise

bob brown
10+ Cruises • Age 70s
I had been researching around the world cruises for the last four years, in preparation for giving myself one as a retirement gift. After comparing many, I selected this one for its outstanding itinerary, which no other ship came even close to. The ship was just refurbished weeks before we embarked, and was like new. The crew was excellent, with superb service. The entertainment was very ...
Read More

Was this their first rodeo?

Review for Insignia to U.S.A.

neller
10+ Cruises • Age 70s
We chose this cruise for its itinerary and to cruise again with Oceania. I've been on 24 cruises (ocean and river). Oceania to the Med was one of the best, and this one (Montreal to New York) was the only bad one. The buffet area was seriously understaffed. We were ignored at tea one day and then insulted by the maitre d when we asked (very politely and quietly) to be served. But the ...
Read More

A Pleasant change from the super-size ships

joelda
10+ Cruises
We were looking for a different itinerary and sailing to Canada and Bermuda were appealing. We had not been on Oceania before and heard many good things about the line; and we were not disappointed. The outstanding service and fine dining enhanced the experience of sailing on a smaller ship. The friendly and attentive staff were never aggressive in encouraging purchase of drinks or sale items. ...
Read More

Review for Insignia to Transpacific

dharrop
10+ Cruises • Age 70s
Chose this for the itinerary. Food and service great. The food selection in buffet/ terrace was excellent and the serving staff were always smiling and happy., The Menu in the grand dinning room was really good. I had a dietary requirement and made my selection a day in advance although this was change 3 times by the chef. Went to the Polo grill for a Valentine dinner, expected a table for 2 ...
Read More

I was one of the 648 passengers on board the Insignia....

Review for Insignia to Caribbean - Southern

SOHE
10+ Cruises • Age 60s
First time on an Oceania cruise. Unfortunately our cruise ended on Thursday, Dec. 11th. When we were docked in St. Lucia on Thurs morning, apparently a fire broke out in the engine room that eventually caused 3 people dead. I was about finished breakfast around 9:15 on Deck 9 where buffet breakfast was served. All of a sudden, power went out. They announced there was a fire on Deck 1 Aft (which ...
Read More

roothy123
10+ Cruises • Age 70s
I'm quite late in reviewing my cruise from almost a year ago, but wanted to at least write a short review, my first on Cruise Critic despite numerous posts elsewhere on the site. We've done 12 ocean cruises, most on Oceania, and I have enjoyed all of them. Just as background, we are 2 early sixties folks and average 1 or sometimes 2 cruises a year. We've taken 2 Caribbean cruises on ...
Read More