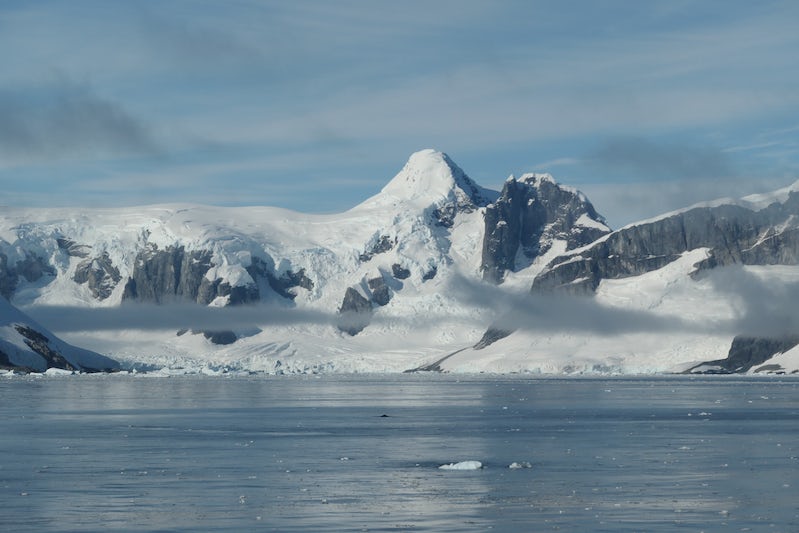 Even in times of corona, where the ship is maximum 60% full, the seats in the public areas are not enough. I would not want to travel on this or similar ships when 100% of its capacity can be used. Looking at the Norwegian coastline surely is beautiful but it’s also more or less the only thing you can do on board so it’s very disappointing if you can’t enjoy it properly because of not enough ...
Read More

Expensive ferry boat, not a cruise

I don’t think I’ll ever do the Hurtigruten again. First it was very expensive, over 5000 kr per person for a 36 hour trip from Bergen to Trondheim going through Geiranger. We ordered the Arctic Superior room which was twice as expensive as a standard room, but it just had a round port window. It was no better than standard rooms on a normal cruise ship. The Hurtigruten shouldn’t be thought of ...
Read More

We have always wanted to experience going with Hurtigruten along the Norwegian coast, and the scenery was amazing. We started in the beautiful town of Bergen and went all the way to Kirkenes. Embarkation and disembarkation were both very easy and well-organized, although there were some slight confusion about when and where to put the suitcases before disambarkation. The staff were all very ...
Read More

Service in a time of dufficulties

Review for Lofoten to Norwegian Fjords

I chose this for the country (Norway) plus the adventurous aspect of the excursions. I read that this year is the ship’s last year of sailing and it was the last time to experience a different type of cruise. The ship is stylish and whilst old still offers a comfortable, low key holiday. The staff were second to none, especially as they were dealing with the ever-changing unprecedented ...
Read More

Expensive,understaffed,Tour group focused,and crowded. Avoid if not a tour group

I recently did the voyage north on this Hurtigruten ship. It was my 7th cruise with Hurtigruten. Whilst the Norwegian coastline scenery was beautiful I found the ship to be very crowded with a number of special interest tour groups. It appears that Hurtigruten are now focusing on this sector of the market and unfortunately, at least on this cruise it came at the expense of individual travellers. ...
Read More

We wanted to maximize the opportunities to see the Northern Lights and we were not disappointed. On the snow mobile excursion at Mehamn, the northern most location on the journey, the display was outstanding. On Another night the lights were visible from the ship. Everything was perfect. We especially appreciated the expedition team - Jan and Robin were always cheerful, full of useful tips and ...
Read More

Trip of a lifetime

Review for Polarlys to Norwegian Fjords

We chose this cruise as it is a ferry and not overally "touristy" as an anniversary and birthday present for us. This was such an experience. The staff are amazing the scenery is fantastic. Normally we never repeat a holiday BUT this is an exception. We had a partial view cabin which was very comfy as we thought we may spend some time there on the days we had nothing planned, however there ...
Read More

I went on this cruise with my brother and his wife. We had always wanted to visit Norway and thought the winter cruise with the possibility of seeing the Northern Lights would be a great idea. We were not disappointed - we did see the lights although personally I was disappointed that they appeared like grey "clouds" and it was only through a good camera lens where the exposure could be left ...
Read More

The whole experience from beginning to end was superb. We had been with Hurtigruten up the coast of Norway and so enjoyed it we wanted to do a longer cruise. Antarctica was our choice. We booked a suite and this did not disappoint. The advantages of the suite were many - breakfast in the a la carte restaurant, an invitation to eat in the a la carte restaurant in the evening, free mini bar ...
Read More

I'd wanted to see the Northern Lights and go on a cruise for years. I'd looked at Hurtigruten along with other companies. The Hurtigruten seemed expensive but offered fewer 'on board' activities (musicals, casino, entertainment). I spoke to my travel agent and one of the company had been with Hurtigruten and raved about it. I also decided that for this trip I was more interested in the culture ...
Read More

Find a Hurtigruten Cruise from $3,189