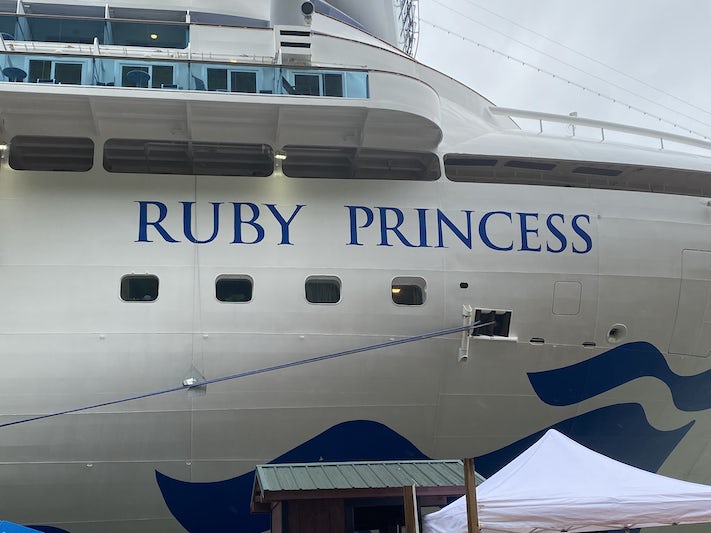 Review for Caribbean Princess to Transatlantic

Dlwollard
10+ Cruises • Age 60s
Have used princess on several occasions on repositionings instead of flying. Fact that I live in Houston made it very convenient eliminating flying. Room was as expected and itenerary was interesting including stops in Liverpool, Holyhead and Germany stops not previously visited. Biggest issue was I prefer smaller ships and Carribbean Princess is very large. There was an over abundance of elite ...
Read More

Review for Caribbean Princess to Transatlantic

GDanishSpots1
6-10 Cruises • Age 2020s
We got a brochure that had an excellent price and a time frame we liked. We also liked that we could fly to Houston non-stop. The tips were paid by Carnival so that was another selling point for us. We also have wanted to see Paris and this was on the itinerary. The shore excursions that we went on were wonderful. The train ride from Hamburg to Berlin was excellent. The restaurant where we ...
Read More

Txldyngent
2-5 Cruises • Age 60s
This was our first Princess cruise and my 3 rd total. This will definitely not be our last Princess cruise as we were totally wow'd by the wonderful service, the great dining and the entertainment. Embarkation couldn't have been easier. My husband and I dropped our bags with the porter, he parked across the street in front and we were on the ship in 15 minutes. We found our stateroom ...
Read More

holomuku
10+ Cruises • Age 70s
We are a 65 and 74 year old couple that have done many cruises. Only once before on Princess many years ago, and we've done 9 Celebrity cruises, 1 NCL, 1 Costa, several RCCL, Windstar, Azamara and a Uniworld river cruise. It is necessary (in fairness) to share that this was our first large ship in about 5 years- we have been doing Azamara and Windstar which are both substantially smaller than ...
Read More

eilron81
10+ Cruises • Age 80s
We took this cruise with the expectation of going thru the Panama canal locks. Found out that the ship was too long. Having cruised on NCL,RCCL and Celebrity, we were disappointed in the overall lower quality compared to competitors. #1. Balcony cabin size is not worth the additional cost. #2. This ship has too much vibration in the stern area. #3. Several areas had foul odors ...
Read More

MelindaF
10+ Cruises • Age 2020s
Our daughter in law drove us to the terminal and there was a short wait for someone to assist my husband in a wheelchair. Our room was ready when we got onboard so we dropped off our 'stuff' and headed to the dining room for a very nice lunch. We were on the Caribbean Princess in October from Quebec to Houston. The cabin we had this time was next door to the one we had in October so we had the ...
Read More

BEWARE, This Ship caters for the very Elderly.

auscple
10+ Cruises • Age 50s
We thought we done a lot of research before choosing our cruise and travelling from Sydney Australia with my Adult sons and their partners to Houston Texas. Well were we wrong!!!! Before I criticise this ship I would like to point out we have done over 20 cruises, mainly in Australia and Europe with RCCL & NCL, so what I have to say is only compared to what we have done in the past. The ...
Read More

The Caribbean Princess was disappointing

Purliegirlie
10+ Cruises • Age 70s
We chose this cruise for two reasons: the port of Houston was drive able for us and we wanted to visit Cartagena, Columbia. We were familiar with the other ports, but enjoyed some anyway. Embarkation and debarkation were relatively easy and it was a joy to just drive home. The ship was tired and disappointing. We arrived on board with problems in the very tiny room (balcony). Toilet not working, ...
Read More

Don't Go on This Ship for the Food.

Cdn Sunset
10+ Cruises • Age 70s
We have cruised with Princess many, many times and this was one of our only two so-so experiences. First, the positives. The waiters, stewards, and other workers were great...very accommodating and friendly, and the cruise staff was terrific. No complaints there. There were lots of things to do and the evening entertainment was very good. We also very much enjoyed the itinerary. We only went ...
Read More

Darshan1
10+ Cruises • Age 50s
Compared to our first sailing with Princess, this ship did a fine job with service. The Caribbean Princess was also in better condition. On the Grand Princess (sailed 2011), the stewards and dining room staff were so overworked they appeared feverish with exhaustion. While the crew certainly had to work hard on this sailing, they appeared to have been allowed time to sleep. Special kudos to ...
Read More