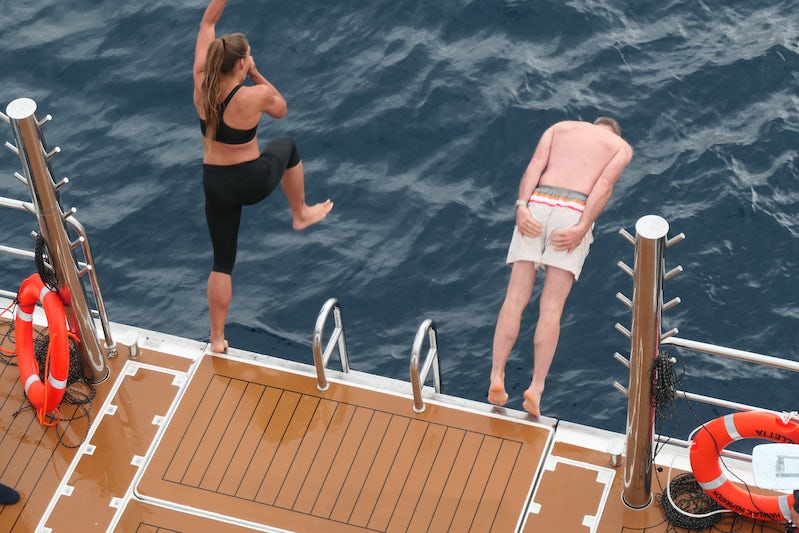 Swaraelia
2-5 Cruises • Age Under 20
The Europa 2-even the name exudes luxury, style, and quite a Eurocentric flair to life that I have come to learn and love on my eight night sailing to the beautiful Mediterranean. The cost-incredibly expensive, but the experience-unmatched. PRE-BOARDING DOCUMENTS The catalogues and call-back service was phenomenal, as well as the website being easy to navigate, although at times a bit ...
Read More

Swaraelia
10+ Cruises • Age Under 20
I first read about Europa in Berlitz's 2017 guide, fantastic, by the way, in case you're looking for in-depth research about individual ships not on CruiseCritic. I am an American who went on this amazing ship for just over a week, albeit that it was quite difficult not knowing any German prior, but I felt interacting with fellow passengers who spoke at least some English or Chinese (which I ...
Read More

Stunning ship, worth the premium. Germans know how to have fun!

Review for Europa 2 to Mediterranean

Ovener
2-5 Cruises • Age 50s
I’m putting up this review almost 11 months after our first cruise on Europa 2, as I noticed recent reviews are sparse. In part, that’s probably because the ship gets booked up so far ahead by the German market that very few non-Germans manage to get cabins. Since our Venice to Mallorca cruise on Europa 2, we’ve done another one on Seabourn Odyssey and one on Crystal Serenity, both good but which ...
Read More

Catlover54
10+ Cruises • Age 60s
SHORT VERSION: I greatly enjoyed the outstanding food, service, and classical music on this luxury small ship cruise and plan to return soon. Details: I am an American who did this two-week luxury small ship cruise solo from Nice to Bilbao. I chose it primarily for the intimate classical music experience it offered with its Ocean Sun Festival. To compare, I have done various other mostly ...
Read More

Catlover54
10+ Cruises • Age 60s
This was my first cruise with Hapag-Lloyd’s “most beautiful yacht in the world,” the MS Europa, 13 nights, Lisbon to Nice. I had previously cruised with my husband on the more modern, and advertised as bilingual, HL Europa 2 on a Christmas/New Years cruise December 2015 (see my CC review, Cape Town to Cape Town) and had greatly enjoyed that, which led to my interest in the Europa. I am comparing ...
Read More

English Voyager
10+ Cruises • Age 80s
Other reviews on the Europa 2 provide a detailed description of the ship's amenities. My previous cruise on the Europa 2 was in July 2014, with embarkation in Southampton, and cruising through Portugal, and Spain. This year I had combined a 7 day cruise from Athens to Istanbul, with a 12 day cruise from Istanbul to Athens which called at Turkish Ports, and different Greek Islands. Prior to ...
Read More

Like a Boutique Hotel in Dubai on the Water

Jens Spengler
First Time Cruiser • Age 50s
What a beautiful ship that is! Due to the fact that it is new the outside of the 225 metres ship is off course top notch - once entered things are even more impressive. The Lobby is comparable with a Dubai 5 Star Suite Hotel and the glas-elevators going from deck 4 to 10 are stunning. You are actually not really feeling like you are on a ship at all the first minutes. They do have a max of 500 ...
Read More

davynchi
10+ Cruises • Age 40s
Best ship ever! Stunning, amazing, there are no words to describe the infrastructure. It is clear that it concerns a German cruise line, but that is also the Unique selling point of this product. Food, service, ports, it was all just perfect. The WOW-effect is in all the details. Kids for free, welcome packages for the kids. For the baby we just ordered in advance all pampers, milk ...
Read More

colin bell
First Time Cruiser • Age 50s
Background Hapag-Lloyd is not a generally well known cruise line for British passengers. It has only 4 ships ranging from small expedition ships (such as the Hanseatic) to its flagship MS Europa which, shortly before our departure, was awarded for the 11th time the accolade of "Best Cruise Ship in the World" by the Berlitz Cruising Guide (by a comfortable margin). The company caters mainly ...
Read More

Great expectations of the

colin bell
First Time Cruiser • Age 50s
It was with some trepidation that we embarked on this cruise aboard MS Europa, a ship primarily designed for German speaking passengers. Not that the language concerned us as the cruise was "Bilingual" and my wife and I have a reasonable working knowledge of German. Rather I had read a fellow member's review shortly before we left and it was lukewarm at best. On the other hand Douglas Ward (a ...
Read More