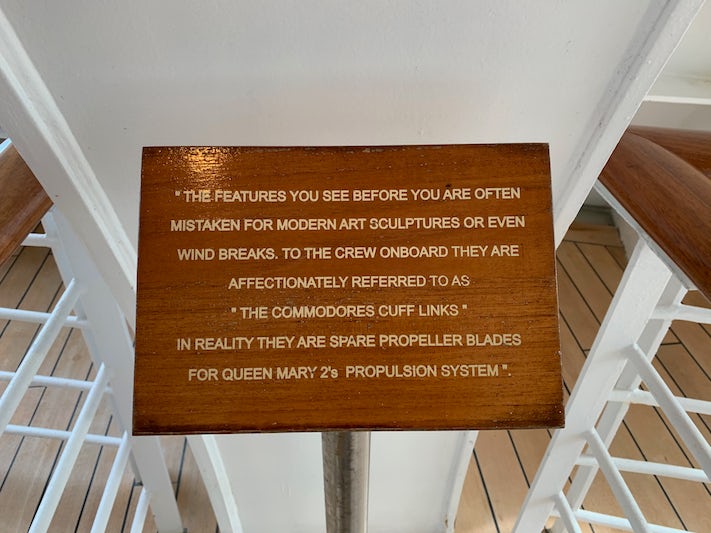 merseababe
2-5 Cruises • Age 70s
this cruise to to celebrate my 60th birthday and we wanted to do it in style! Embarkation Embarkation was quick and easy, but unlike other cruise lines we have been with who offer a welcome drink as you board, there was nothing offered by Cunard at all. We just went straight to our cabins to drop off our flight luggage. Cabin We were very pleased with our cabin (C5215) which ...
Read More

Bit of a Let Down!

moniquet
First Time Cruiser • Age 70s
We are a British couple who have been living in Spain for 12 years. We cruise every January mainly RCCL; HAL Celebrity and last year Carnival. Embarkation was an absolute nightmare, worst ever. Don't know what happened but we arrived by taxi to find a line which seemed to go on for miles. We were stood in hot sun and although they did come round with water at one stage it was not very ...
Read More

Hughey
First Time Cruiser • Age 50s
I will make this short but am open to further questions from anyone interested. The ship was amazing from a technical and size perspective but slightly less elaborate in decoration then some of the regular cruise ships I have been on.(not a complaint just an observation) On the whole it was a remarkable ship! The food was very good as we ate in the Britannia Room but do highly recommend the ...
Read More

The Big Fish
First Time Cruiser • Age 60s
We have just completed a cruise of the Southern Caribbean from Fort Lauderdale to New York. April 2nd 2007. For the sake of all non-US nationals, Cunard should really try and avoid the USA - it is a nightmare at the moment - we took 31/2 hours to get off the plane at Fort Lauderdale and through passport control - no air-con or toilet facilities. We had everything but the marigolds at Gatwick and ...
Read More

dcjim
First Time Cruiser
PRE-CRUISE -- We flew from Washington DC to Ft. Lauderdale on Spirit Airlines the day before our cruise—had a great on-time flight. We stayed at the Riverside Hotel on Las Olas Blvd. and started our tans at the lovely pool. The hotel was charming and we enjoyed the nearby restaurant and boutique scene. EMBARKATION -- If embarkation was any indication of the cruise to come, we were in for a ...
Read More

Cruiser123
First Time Cruiser
Several weeks ago we arrived home from our cruise on the Queen Mary 2. It was her inaugural Caribbean Voyage and it was truly a unique experience! Being that it was only the second voyage the ship had made there are bound to be some gripes but I will not be too harsh on the ship's hard-working staff. Embarkation: After much anticipation the time was here to board QM2. It was a rainy day in Fort ...
Read More

cusyl
First Time Cruiser • Age 80s
We sailed on the Maiden Caribbean Voyage 1/31/2004 to 2/11/2004. We embarked shortly after noon and were given white roses as we entered the ship. We directed to the elevators where we found our way to cabin 10.039, an inside cabin. The furnishings were well appointed and the cabin clean and neat. We dropped off our carry on bags and took the elevator to deck 7 where lunch was being served in the ...
Read More