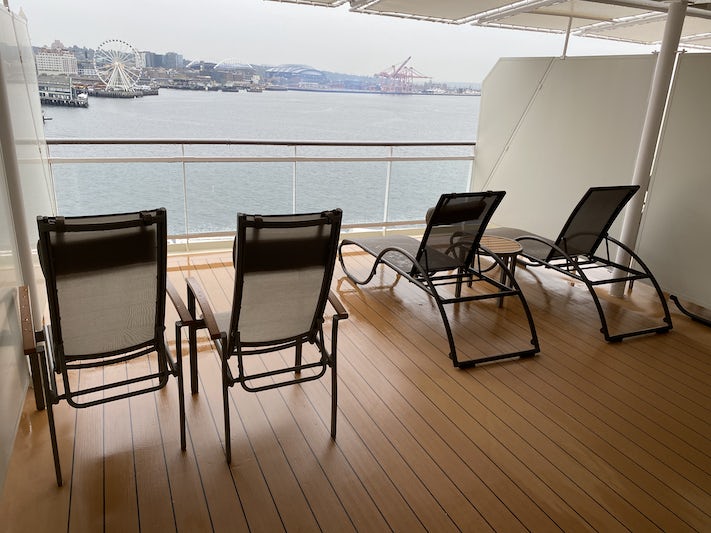 trappist99
First Time Cruiser • Age 60s
Just returned from a 15 day Celebrity Millennium cruise of the Panama Canal Westbound. Celebrity was great as were the crew whom out of their way to make people happy. This is their job and they did it well. This was my wife's and my first cruise so nothing to compare it with really. Overall, we really enjoyed it and will do it again. We wondered if 15nigths would be too long. We found around ...
Read More

A great cruise on Millennium

panoramaofthepast
10+ Cruises • Age 70s
We just returned from the 15 day Millennium cruise from Ft. Lauderdale to San Diego. For us, it was a great success. We thoroughly enjoyed the cruise and had few negative comments. Here's a brief review. Because we were leaving from one city and returning to another, we used Choice Air. I did a price check; Choice Air offered the best price and a good variety of flights. No problems at ...
Read More

june46
10+ Cruises • Age 70s
We stayed at Hyatt Place Fort Lauderdale which was great. They had a free shuttle from the airport but the shuttle to the cruise terminal was $7 per person. Embarkation was slow because of a computer glitch but we made new friends while waiting in line. Our cabin staff were great as were our waiter and assistant waiter at dinner. We had one of the newer oceanview cabins on deck 3 and the window ...
Read More

hiker1944
10+ Cruises • Age 70s
Background Information After a number of Caribbean and Mexican Riviera cruises plus a Med, Baltic and S. America it was time for something different. And the Panama transit has been a dream for years. The timing was right and Pre-Cruise: Hotel / Travel to Pier I stayed at the Royal Palm Resort in Fort Lauderdale for the two nights prior to the cruise. For the two-night pre-cruise say I found no ...
Read More

DanHarris
10+ Cruises • Age 50s
Overall it was a great trip, but there were some warts. But first about me: I am a 51-year-old guy. I have been on over 10 cruises. I am a good cook so I know good food. I am married. We travel with another couple that is also well traveled. I expect good service and I am vocal when I do not get it. Now about what we booked: We booked an Aqua Class (A2) cabin, 9114.  Aqua class has a few ...
Read More

No rating
What We Wanted From a Cruise

beaver
First Time Cruiser • Age 60s
Cruise Review Millennium Mar 26 2010 Cabin CC 9112 Both in our mid 50's This was our fourth Celebrity Cruise, Embarkation: Due to a missed flight we arrived around 5 pm, the main crowd had been processed there were only 6 other people checking in at the same time we were. The complimentary Champagne drink was provided with greetings from some Officers and staff. First opinion: The crew morale ...
Read More

n2cruisin2
First Time Cruiser • Age 60s
For those thinking of going on this ship through the Panama Canal, it is an awesome, relaxing way to go!! My review is long. Be forewarned. I tried to cover all the basics and a little bit more. PRE-CRUISE: We began our cruise adventure by arriving a day early in Fort Lauderdale. The LaQuinta Inn at the Airport location was a great introduction to what would promise to become an awesome trip. ...
Read More

wallypalmsprings
First Time Cruiser
I have cruised with Celebrity Cruise Line pre RCL buyout and Celebrity today is not what it used to be. Gone is the wonderful service, food and the greek crew, now it is hash house food, mediocre service and an international crew. Boarding in Ft.Lauderdale was excellent only because as a seasoned cruise person (45 cruises) I ignored the stated 1 pm embarkation request by Celebrity and arrived at ...
Read More

gsu2002
First Time Cruiser • Age 40s
My husband and I sailed on Celebrity's Millennium March 30-April 6. This was our 5th cruise and first with the Celebrity cruise line. The past four cruises have been with Royal Caribbean and we've loved every one of them. We thought we'd step it up a notch and experience an upscale cruise line. We booked the cruise through Celebrity's website and what a mess that was. Supposedly, Celebrity just ...
Read More

micmacmissy
First Time Cruiser • Age 40s
We were on the March 30 Eastern Caribbean sailing of the Millennium, and we had a fantastic time overall! "We" are a group of four adults (professionals, 35-44) traveling without our kids. We have cruised once before on Celebrity Mercury when it was brand new. CONDITION OF SHIP...You hear a lot about this, and I can tell you that from my perspective (which is critical), the ship really looked ...
Read More

Find a Celebrity Millennium Cruise from $215