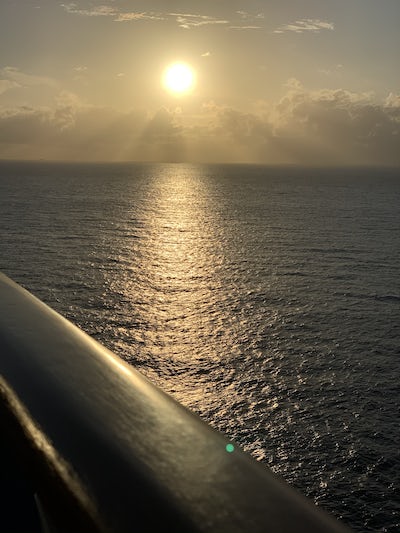 Great time with great friends; it's becoming an annual tradition.

Captain Toledo
2-5 Cruises • Age 60s
We went with a group of six couples and had a blast! Loved the entertainment and CD "Wee Jimmy" made everyone have a good time, his bubbly personality was infectious. We had anytime dining but ended up going to the 6 pm early dining each night to get a prime table for 12, right by the maitre'd desk up front. Our servers were exceptional and when my wife and I celebrated our 35th anniversary ...
Read More

Great Winter Getaway on the Freedom

sirfuller
2-5 Cruises • Age 40s
I took an 8 night solo cruise on the Carnival Freedom to St. Maarten, St. Kitts, San Juan and Grand Turk. This was my second solo cruise and fourth cruise with Carnival. Overall, I had a very relaxing time and plan to take a winter cruise every year if I can. I broke up the misery of the northeast perfectly this year. The Freedom was the biggest ship that I have been on to date and I really ...
Read More

cruizin99
First Time Cruiser • Age 40s
We had travelled on the sister ship, Freedom, two years earlier and it was such a great experience for a first time cruise. The customer service was amazing--everywhere on the ship--and while the entertainment was just ok, the entertainment crew made the absolute best of everything. It was all out fun! This wasn't the sister--it was the wicked step-sister! The self-proclaimed Drew Carey look alike ...
Read More

16paws
10+ Cruises • Age 50s
Went on Carnival for my 14th cruise, it was a recovery cruise after losing a loved one earlier this year. I have heard lots of negative reviews about the noise and the ships attracting young, noisy co-eds. This cruise was awesome, no noise, (squeaky ceiling but they tried to fix it!) and clean. Food was very good and steak in the MDR was awesome. Mostly ate at the Buffets and loved Guy Fiere's ...
Read More

cruisegal6102
10+ Cruises • Age 40s
We took a cruise to the Eastern Caribbean on the Liberty during the first week of March. This was actually our second time on the Liberty and we were just as impressed (if not more) this time around as before. As far as other member reviews that criticize this ship, I honestly don't know what else they could want. We had one of the best cruise experiences that we have ever had; this is our 8th ...
Read More

Seriously the Best Ever

furias3
6-10 Cruises • Age 70s
Ok, so many of the things that make a cruise perfect worked in our favor...great weather and fair seas, so the rest was just icing.... That said we went with the Liberty sailing out of Miami because it offered an additional port, Grand Cayman, at a lower price than the closer sailing out of Galveston. We had Southwest miles so airfare was not a factor. Call me crazy but we flew day of cruise ...
Read More

Sailing on the Liberty

CruzNewby
First Time Cruiser • Age 60s
This was my first cruise, so I don't have anything to compare this to, but I did have some expectations. First let me say that the embarkation process went incredibly fast. When we first got to the port authority building in Ft. Lauderdale, and I saw all those people in line, I thought it would take hours. It didn't. I think we were on board the ship within 30 minutes of walking in the door of ...
Read More

SherryBear
2-5 Cruises • Age 30s
Upon booking, I was fortunate enough to get an "early bird special" in pricing. I thought I had done my homework but it turned out that the rep had put us in a handicap room, with two twin beds that could not convert into a king. This was our honeymoon, so as you might imagine, this was unacceptable! We had to call back with little time to spare, and they were able to move our cabin to a ...
Read More

what a great time

jennofwood
First Time Cruiser
My first impression upon seeing the Liberty was it was hugh and I am going to get lost.....a lot. We were really surprised when the travel agent had put my husband and I on the panorama deck. Previously we had been in the lower levels so this was really nice. Also we had a inside cabin. I thought I would miss a window since on the previous cruises we did oceanview.Actully liked there inside better ...
Read More

baseball16
First Time Cruiser • Age 60s
We left Ga and stayed in Ft Lauderdale prior to cruising. The Embassy Suites has been newly renovated and is beautiful. The pool is incredible with a waterfall and plenty of seating. You can see the ships from the outside porches at the end of the floors from 6 up. They are suites with an incredible spread put out for breakfast that is free. We boarded on 5-10 which was a nightmare. They had us ...
Read More

Find a Carnival Liberty Cruise from $149