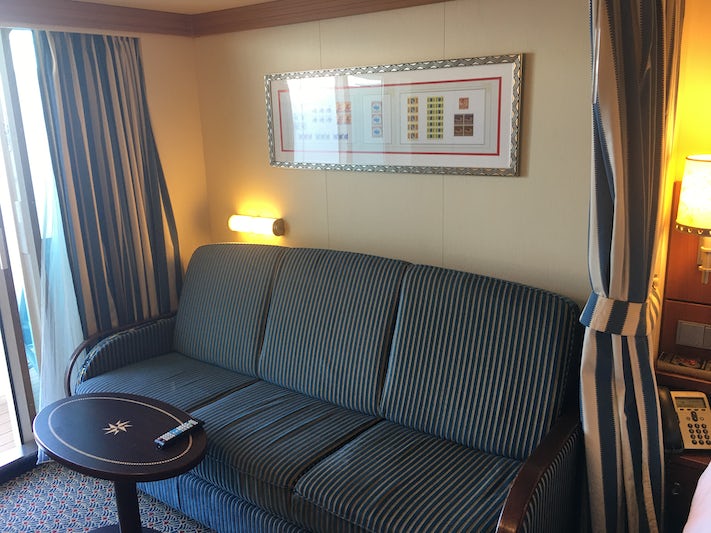 Disney is taking really good care of the Wonder

yowfflyer
6-10 Cruises • Age 40s
The Disney Wonder is the last ship I sailed pre-pandemic in January 2020. Although the ship looked in decent shape then, DCL had the Wonder spend some time at a drydock during the pandemic and the room and common areas felt "refreshed" although nothing significant had changed. This near 25-year old ship, on the outside, looks better than some of the 5 years old ship from a major ...
Read More

SNT471284
2-5 Cruises • Age 30s
This was the first time I have sailed with DCL. The Wonder looked beautiful coming off its 2017 refurbishment. 14 nights was a gamble for a cruise line I have never sailed before but Disney lived up to it's reputation for excellence. Of note, this particular cruise had only 300 children aboard. It was a running joke among the crew. It made for what was probably a much quieter cruise experience ...
Read More

Not recommnended !!! Everything poor , not a Disney Standard

Srivas
10+ Cruises • Age 60s
definitely very disappointed ! An expensive and bad cruise. It is not worth the price paid . Poorly organized cruise.. The port adventures White House Beach in Grand Cayman and Cabo San Lucas by Sea were a scam. the food of low quality. Only two good shows in 14 nights. the parties of pirates and frozen were very poor . and the worst was the mistreatment received in front of an inconvenience ...
Read More

Our 3rd Disney Cruise Was Remarkable

MEandSE
10+ Cruises • Age 60s
We returned Disney for our 16th overall cruise, our 3rd Dinesy cruise and our first Panama Canal Cruise. Compared to all of the other lines we have traveled only Celebrity comes close to matching the quality of Disney. This was our second time on the Wonder. The ship was updated before we sailed. It was nice, clean and easy to get around on. Considering this was a 14-day cruise there were ...
Read More

Motnoside1
6-10 Cruises • Age 70s
Disney has always been on top of our lists in terms of quality and ability to exceed our expectations. We enjoy their movies, Disneyland and merchandise. Cruises now are part of that list. This was our first cruise with Disney while cruising with several other cruise lines--approximately 10 other cruises. The Disney cruise exceeded all of our previous cruises. While on board we reserved 4 ...
Read More

Not what I expected

Texas Tillie
10+ Cruises • Age 70s
This was my first (and probably last) Disney cruise. I had been lead to believe that Disney is a step up from other mainline cruises (my experience there is Holland America, Princess and Royal Caribbean), but other than the specifically Disney events (shows, characters, etc.), it wasn't any better. I understand that the Wonder had been recently in dry dock and the cabins and public areas looked ...
Read More

MKFlying7
10+ Cruises • Age 30s
We sailed on the Wonder last year for a 5 day before dry dock. The work that they did was fantastic. Cabanas (the buffet) is much more functional and much roomier than it used to be, never really had any trouble finding a table inside. The kids areas - the Oceaneer Lab and Club were both much better than last year. We had difficulty getting our son to go last year, this year he didn't want ...
Read More

TheAycocks
2-5 Cruises • Age 30s
We chose this cruise because we went on a Mediterranean cruise September 2016 and had a great time, but loved the Disney Magic so much that we wished we had more time on the ship. The experience started out rough...we went on a Disney Cruise for a top dollar FAMILY friendly experience and because of the "Disney Vacation Club" membership it was 90% Senior citizen and with only about 150 kids on ...
Read More

Great cruise but some things not up to Disney standard

jamess2000
10+ Cruises • Age 70s
This was our 17th Disney cruise and it came up short in some areas-food quality, entertainment, and excursions in ports. The quality of the food served was not up to par and less than we have experienced on past cruises with Disney. Actually recent Celebrity and Princess cruise food was better. Food. Dining service was very good and they did everything they could to make up for the food by ...
Read More