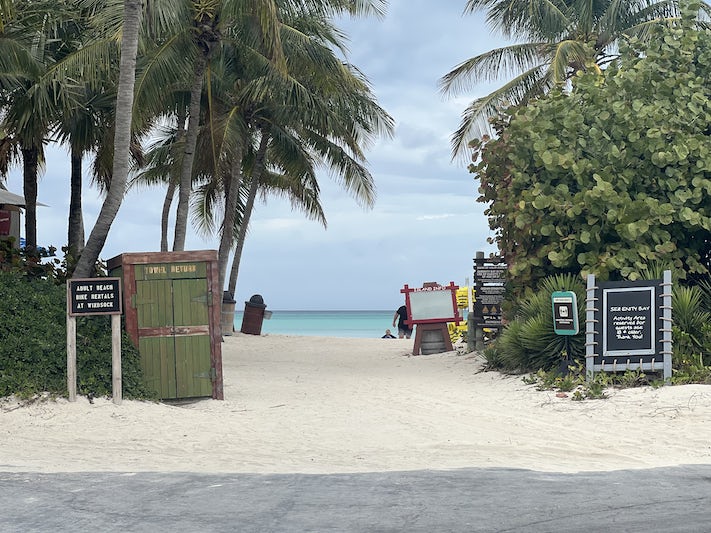 If the choices are Disney or anyone else and you have kids 3-11, choose Disney

MathLovingDisneyGirl
2-5 Cruises • Age 40s
Amazing service at all times. You feel so spoiled. The servers cut up my daughter's food and I was able to eat my food while it was still hot. The cabin's split bath makes getting ready a breeze. Restaurants were amazing with no need to spend extra $$...it's already fine dining! My daughter had to be dragged out of the kids' club! When Princess Tiana comes to read you a story, who can blame a kid? ...
Read More

dsg1040
6-10 Cruises
Had my 7 year old for a 3 week visit to our home in Florida, wanted to break the vacation up. His first cruise. Thsi embarkation was only an hour and a half from my home. The embarkation was a little hectic, there were many lines open for clearing passage. The oly detrimental feature was long lines for registering for the children's wrist band for the specific activity room The main departure room ...
Read More

seannnr
2-5 Cruises • Age 40s
This was a highly-anticipated first family cruise on Disney after planning/booking a year in advance. We took our two children and traveled with friends with two children of roughly the same age, and everyone was very excited. Because of the cost of the trip, though, I judge Disney on a tough standard - overall the trip was fantastic, but I definitely saw room for improvement as well. We stayed ...
Read More

Read the reviews then go anyway Loved It !

rbrach
2-5 Cruises • Age 60s
My family has been telling me for years how fun this was.I get motion sickness and thought not a good idea,The grand kids really wanted to go because it was a Disney cruise.So I read the reviews and read some negative things and was worried and so was dragged along for sake of the grand kids Well it was sooooooo great. None of those negative reviews were true just spoiled people who wanted the ...
Read More

max996
2-5 Cruises • Age 50s
The concierge experience on the Disney Dream is a fantastic way to enjoy a Disney cruise. The price is substantially more than the normal fare, but we were a family of five and were either going to get two cabins or the concierge 1-bedroom suite and I’m so glad we chose the latter. Two cabins would have been a little less expensive, but I would have missed on so much more than a few ...
Read More

oodles
10+ Cruises • Age 2020s
We sailed Disney Magic a few years ago and had the best couples spa experience of any cruise line we've tried. When my sister's fam/2 kids decided to take their first cruise, we knew Disney was the way to go. They chose Disney Dream. The kids, even the shy one, was soon hooked on kids club, so parents got lots of relaxing time. The fee dining room, Remy, they said was the nicest dining experience ...
Read More

Seasoned Digger
6-10 Cruises • Age 80s
We have taken many cruises in the past but this was our first cruise on a ship hosting a "family" itinerary. It was our anniversary and we were treating children and grandchildren to the trip. The ship is large but, with lots of kids, as you might imagine, a day at sea can get somewhat congested. The ship is very clean, well run and organized. The meals are at set times (a choice of two seatings ...
Read More

Disney Does it Well

RocketMan45
2-5 Cruises • Age 50s
We took our second cruise on Disney Dream for the altered itinerary for Caribbean (Nassau, day at sea, Castaway Cay). As others have noted Disney is a bit more expensive but the staff, service and overall experience is worth the extra cost. Things are well communicated, organized and thought out. the only negatives we have to report are that the ship is a bit weathered. There was a lot of ...
Read More

Disneygranny
First Time Cruiser • Age 60s
My husband and I celebrated our 40th anniversary this year. We wanted to do something different and decided to round up our kids and grandkids for a Disney Cruise. I chose the Dream because it was the newest and largest of the ships. For the most part, I can find very little to say against the cruise or the ship. There were a couple of things however that I would like to mention. We stayed in ...
Read More

cruisealert
10+ Cruises • Age 70s
We flew in the day before and spent the evening at the Radisson. Their pool the next morning was great fun, but the rooms need to be upgraded -- did not feel real clean. Sofa bed did not pull out, but the provided roll away beds -- for additional $10/bed. But the shuttle service from the airport and to the ship is excellent and customer service at Radisson is good. Just need to remodel We left ...
Read More

Find a Disney Dream Cruise from $431