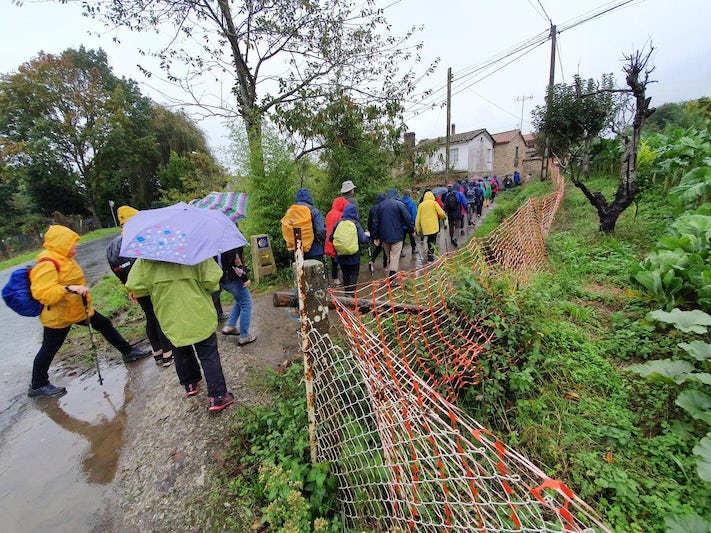 See all photos
Cruiser Rating
4.0
Very Good
361 reviews
Ratings by category
Featured Review
Like P&O with bells on, except for the restaurant which was abit crap ..
"speaking of the restaurant , i think this would be my biggest criticism , we had a nice balcony cabin so was in the main dining room area , i advised at booking Gluten free , so generally have to order the meal the day before as i have done on previous cruises ( no problem ) , but on this ship it just seemed pointless , as whatever i ordered i was just given whatever that dish was off the menu , like they couldn't make me a GF version of this or that , i had to order something marked as GF , the other point about the food is the quality and quantity , on other ships i've complained about being given small portions ( like a child's portion ) , i'm aware this is a thing these days but i'm an adult and i want an adult sized portion , on other ships ( Princess and P&O ) this wasn't a problem they'd scale up the portion to whatever size i wanted and would bring extra vegetables in a dish , however the waiters / kitchen crew just seemed unable to do this , i ordered a larger meal with extra veg as a side , and on 2-3 nights it was like they lost my order and ignored it , i was just handed the small portion , and after complaining , a waiter came over after 10 or so minutes , to serve onto my plate a few bits of Veg , like i was on rations , i asked them to put the dish on the table but was ignored and he tried to offer my mother the rest of the Veg without checking if i had enough , i further complained and asked for a dish of potatoes , where my annoyance turned to incredulity when a waiter came back after a while to spoon onto my plate 2 small new potatoes , to which i responded only TWO !the other entertainment was Ok , it was nice to listen to a harpist for instance around the atrium area in the evening but didn't manage to get to the piano recitals in the afternoon , and there wasn't as much classical music as i'd been led to believe , which was a shame , though inevitably there was my usual pet hate of the show company of young averagely talented kids pretending to be entertainers / doing a west end show pastiche / rip off , i caught one of their performances by accident , thinking i was going to see a comedian , and saw a second rate rat pack tribute , the old guy in the pub doing Sinatra on the karaoke the night before had more swagger and talent , though the way these kids seem to swagger around the ship , anyone would think they are west end stars ....."Read More

plodus
10+ Cruises • Age 60s
A mini cruise to celebrate my wifes 65th Birthday on her favourite ship. CPS were as usual first class,luggage and car whisked away in an instant. Booking in and embarkation was faultless,10 minutes from entering booking hall to being on the ship. Suite 7030 was really nice,the only disappointment was that due to our late booking Guarantee Suites only were available and we were allocated ...
Read More

jaypo63
10+ Cruises • Age 50s
We decided on Cunard as P&O have gone so far downhill,it’s not an option anymore. We are lucky enough to have suites when we cruise and boy do Cunard treat you well. The cabin at the back of the ship was clean and spacious. We dined in the queens grill,where you have your own table and nobody else ever sits there,it’s yours for the duration.The waiter we had was second to none and the ...
Read More

raymon73
10+ Cruises • Age 80s
Chose cruise on recommendation. Brittania Outside with Balcony on Deck 4. Cabin nice but not exceptional, shower particularly small. Steward did a good job. Corridors on several of the lower decks were at times smelly and were well in need of re-decoration. Main public areas were much better but our biggest criticism was more related to other guests. Commodore Bar at times almost empty and half ...
Read More

Like P&O with bells on, except for the restaurant which was abit crap ..

littlemisscouchsurfer
10+ Cruises • Age 50s
went on this Cruise with my elderly Mum as her companion , and though i might not be your typical cruiser in some way , i'm 53 and been on various other cruises ( princess-5 , P&O-3 , FredOlsen-2 , etc ) , so not a newbie as far as cruising goes , the getting on board all seemed to go smoothly enough , though that's helped by the fact , mum asks for wheelchair/mobility assistance at the port ...
Read More

Wellbeloved1045
2-5 Cruises • Age 60s
Bucket list cruise to see Northern Lights. We were very fortunate that we did indeed see this spectacle as it is by no means a certainty. The days we were there the probablity was good at 30% ! We saw them on one of our trips out (ships topur from Tromso) , saw them from the deck in Tromso but no one saw them in Narvik (we went on pre-booked independent trip booked online in the uk before we ...
Read More

bobcat131
10+ Cruises • Age 70s
Cruise to Canaries for winter sun, spoilt by below average food. We cruised on Cunard 5 times, two on Queen Elizabeth, One on Queen Mary and Two on Queen Victoria. The last on Queen Victoria and never again. We have cruised many times mostly with Oceania and Regent Seven Seas. Our last two cruises have been with Cunard on Queen Victoria in a Princess grill suite and MSC Bellissima in ...
Read More

Kynance
10+ Cruises • Age 50s
Our 2018 Cunard cruise was a short, 3 day trip trying out the Britannia Club restaurant on Queen Victoria, so our last experience of the Britannia restaurant was in 2017 on Queen Mary 2. Having found that experience pretty disappointing (see my review on here), I was hopeful that the improvements suggested by our Club dining last year might have also worked their way into the main restaurant. I am ...
Read More

Western & Eastern Mediterranean & Up the Adriatic

Review for Queen Victoria to Europe - All

EMah
10+ Cruises • Age 60s
Cruise covered a wide span and interesting ports of call. Some were new and some were old. We just immersed ourselves in the beautiful localities whenever we can. Also, the weather was favourable at this time of the year. Hence, it was a popular cruise. See pictures attached of the ports visited, Cartagena, Corfu, Dubrovnik, Hvar, Venice, Cagliari, Gibraltar and La Coruna. Lots of on varied on ...
Read More

Dottie2
10+ Cruises • Age 70s
We chose this ship because it was recommended by a friend. The ship is a good size ship and we expected Cunard to be of a high standard. Cabin - good size.good size balcony. excellent housekeeping. Buffet - good selection at breakfast, lunch and dinner. It was hit and miss as to whether the hot food was hot, tepid or cold. Bread - cheap supermarket bread which I would not consider ...
Read More

Too Young for Cunard
10+ Cruises • Age 20s
This 14 night voyage is my 13th cruise with Cunard and it is a few years since I have written a review. However, as this cruise was one of Cunard’s ‘special event’ and themed voyages and the longest single cruise I have done, I think its time to share my thoughts again. At only 26 and 29 years old my husband and I are quite a bit younger than the stereotype Cunard passenger, however we enjoy the ...
Read More

Find a Queen Victoria Cruise from $249