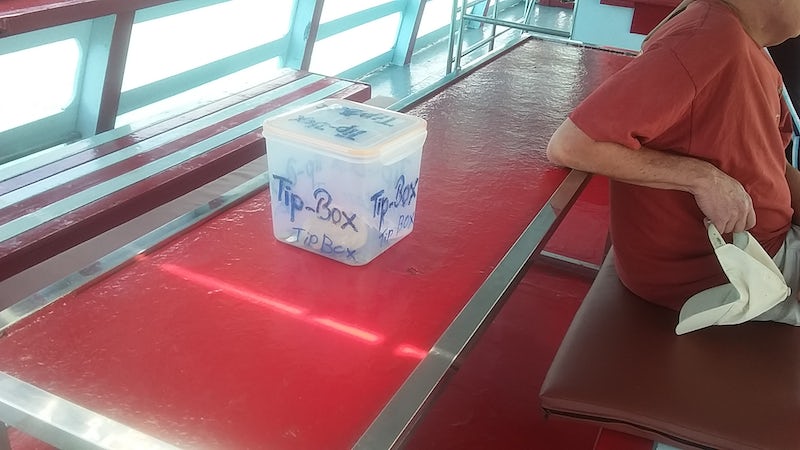 I have been on cruises before so went on this one with open mind having read other reviews firstly after a long night flight we arrived at Dubai port at around 9am only to be told we could not board untill 3 pm our party of ten was allocated rooms on deck 2 that was the start of this nightmare cruise the noise on this deck is ridiculous not from passengers but the ship and it's crew . After a ...
Read More

I went for honeymoon and I have been in Norgweian and Princess cruises before and I was thinking that this was almost the same but this one was a dissaster. Firstly in general the staff was unfriendly and even rude. the food was terrible just mainly pizza and pasta and if you want a piece of meat you have to pay additional. my waitter was rude , unfriendly and lacking of peronal higene. ...
Read More

Not bad but not brilliant

I had heard some negative things about Costa but lets be fair, they were not bad at all although they fall short of the standard I have seen with Royal Caribbean for example. The staff are great people as is the case usually but the management has got a few things totally wrong. Let me give one example; there is no tea or coffee available at any other time than breakfast and 4pm tea time - meaning ...
Read More

Expensive hidden costs; the ship lives up to its name Costa Fortuna.

We decided to go away for Christmas so we decided to go on a cruise round the Emirates, so we booked with Thomas Cook one night stay in Dubai in the Grand Time Hotel. The hotel was not what we had expected for Dubai tired & dated when we found the room it was facing a very busy road & after a long journey we did not need this apart form that the sheets had holes in once again very dated.The ...
Read More

Our first time experience of cruising was not the best. Very disappointed - in summary: # playing pop music throughout the whole ship at 10am- even in the cabins! So if you've decided to sleep in or have a hangover and want peace and quiet, or even just having got your baby to sleep, you can't because you regaled, at significant volume by Eric Clapton and co! Why not just the public areas if you ...
Read More

It did not start well - an overnight flight from the UK which was very squashed and uncomfortable (Emirates. VERY disappointing) and then we were in the embarkation area by 9.30am and told we would not have a cabin until 20.00. We were appalled. Luckily we managed to get a good armchair each and catch up on some sleep. Then there was a mad surge forward around 3pm and it was utter chaos. We ...
Read More

This was my first cruise, and would have been my last , but as my wife has cruised several times before she was able to assure me that this wasn't typical!!! It didn't start well when despite having enquired when booking that we could settle dining times on arrival , we were allocated 6-00pm , there are only two times this or 8-30pm, we meet the Maitre the next day who rather off hand said if we ...
Read More

Costa Fortuna - Better than the reviews!

We arrived at the port at 1230 to find that the earliest time boarding could take place was 1500 and we were told that we were lucky as we were really not due to board until 2000!! The conditions at the embarkation point were very poor and most people were standing for over 2 hours as there were very few seats. It was a total ‘free for all’ when boarding commenced. No order or priority on arrival ...
Read More

My wife and I sailed on Costa Fortuna around the UAE and Oman in febuary for 7 nights. For the price we paid the cruise represented very good value and I would definately use this company again. We have sailed with Celebrity twice and Thomson once previously. Costa are not as polished as the former but are better than Thomsons and this is of course reflected in the amounts charged for the Cruise ...
Read More

firstly let me say that i wrote a very bad review once before about costa and their attitudes so i can only blame myself. we arrived in dubai at 8am and went straight to the ship , we were told that we could not get on the ship until 3pm...not a problem as my wife told me that the shops were open .we reurned at 1.30 pm as by this time we were physicly exhausted with the hope that we might get on ...
Read More

Find a Costa Fortuna Cruise from $339