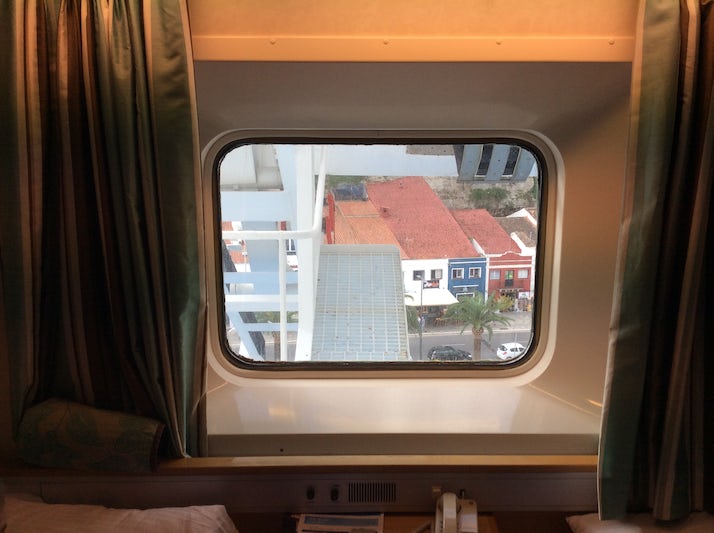 amack5
10+ Cruises • Age 70s
Just returned from cruise on Thomson Majesty but had our suitcases combination locks removed somewhere from coach to cabin and items stolen. Spoke to 6 reception staff who, because the first one had written it happened at airport, would not accept they were responsible. As we didn't now have enough clothes to do us for the duration of the cruise I asked for some to be laundered but I had to ...
Read More

Mari439
10+ Cruises • Age 70s
Having cruised on the Majesty before and not being that impressed we were delighted to have had a very good experience this time. We were in a lovely cabin which was looked after as usual very well. After reading reviews before travelling we were concerned about the food. Have to say though we found it to be more than acceptable and always could choose something for dinner. We ate in the Seven ...
Read More

First Time on a Cruise

seanmac
First Time Cruiser • Age 50s
This was a last minute deal and our first cruise. When I read some of the comments (after I'd booked) I thought I made a big mistake. I think all the comments people have made, good and bad, are fair it all depends on your view of the world. This is not a luxury cruise liner the price was very cheap so don't expect it to be. Yes the ship shows its age in places the cabins are small the ...
Read More

rookery45
6-10 Cruises • Age 70s
We sailed from Corfu on October 30th for 10 nights, we were impressed with the cleanliness of the ship, our cabin on deck 6 outside was immaculate, with tv, kettle & fridge, the upper deck by the pools was a bit battered, but very clean. The shows were wonderful though the theatre was dreadful, very restricted views & crushed seating, to get a good view you needed to get there an hour early !! The ...
Read More

An Accident Waiting to Happen

ivyell
10+ Cruises • Age 60s
Boarded the ship Friday 23-10-2015 and was taken to our 'larger sea view cabin 734' to find it was filthy with an odd smell and our 'sea view' was looking onto sun loungers on the prom deck, the step up into the bathroom measured nine inches. I said 'that is an accident waiting to happen. The beds were together and we had asked for single beds. We went to the reception to ask if we could change ...
Read More

Nick and Pat from Lincoln
6-10 Cruises • Age 50s
Having cruised with Thomson before many times over the last 12 years beginning our cruise experience on the Sundream which started our love of cruising we were worried about reading some of the many derogatory reviews of Thomson Majesty. OK it was only a week booked fairly last minute that cost us £720.00 each. The cabin was small but beautifully designed and laid out with the best powerful ...
Read More

Will go on a cruise ship next time.

ivyell
10+ Cruises • Age 60s
See Thomson majesty cabin 734 bathroom on you tube and that about sums it up, the rest of the ship and the service was about as good, pound for pound it was the most expensive holiday we will ever have. IF the bathroom had been in a shower block on a campsite we could have moved on. The restaurant service was terrible, one night when we asked for knives and forks we were told by the waiter 'I ...
Read More

Review for Celestyal Majesty to Europe - All

wobbler24
2-5 Cruises • Age 50s
We travelled as part of a large group flying from Glasgow to Corfu. The flight was great and the transfer from the airport to the cruise ship was very efficient. We had time to explore Corfu which was great as the ship wasn't sailing until the evening. We found our cases outside our (Outside Plus) cabin very quickly. We felt the cabin was quite small and made up of 2 single beds, despite ...
Read More

Should have been better

Yarni68
6-10 Cruises • Age 50s
Just returned from seven night Adriatic Charm cruise. Ship was tired and unloved. Food in dining room was dreadful - quality and quantity very poor. Food in Bistro was better but still only average. The waiter service in the main restaurants was particularly bad with different courses being served at the same time and very rushed. Drink waiter came round half way through meal ! Free dining ...
Read More