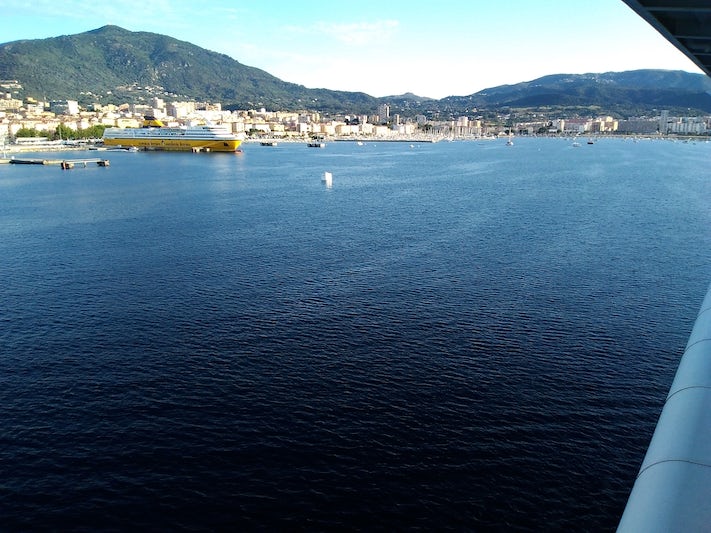 Review for Marella Discovery 2 to Greece

doreen29
2-5 Cruises • Age 60s
just back from what was supposed to be a fantastic cruise due to the itinery which was brilliant, pity we cant say the same about the ship, where do you begin, having got to our cabin the dissapointment began although relatively clean the cabin was tired looking and in need of a refurb, this was supposed to be a delux balcony cabin not the words id choose but anyway the next day at breakfast we ...
Read More

Pepperdine1867
2-5 Cruises • Age 60s
We wanted to visit Slovenia, Croatia, Montenegro that is why we chose this cruise. We were over the moon with the ship, it is stunning, the entertainment is outstanding, I would have paid to see these shows. The food, every member of staff were simply outstanding. We paid the extra £50.00 to upgrade our all inclusive package and we felt it well worth it. Excellent quality cocktails, ...
Read More

Scratch2
First Time Cruiser • Age 40s
First cruise so have nothing to gauge it on but found it wonderful. Nightmare start with over a 5 hour delay but as soon as we got to Corfu airport at 2:30am staff were great getting us on coaches then embarkation just as good even though flight had delayed ship we were swiftly put on ship so could sail asap. All the staff were very attentive and Julio our cabin steward was so nice and ...
Read More

Gary1962
6-10 Cruises • Age 60s
Sailed on the Explorer 2 in May this year, and despite this being an older ship we preferred it in all respects except for the cabin. The weather was fantastic all week, and we opted to do our own excursions courtesy of research on cruise critic reviews. We travelled as a couple in an iinside cabin on deck 3. The ship's public areas are well maintained, and whereas the Explorer is more of ...
Read More

catrowdy
6-10 Cruises • Age 70s
We are four friends and chose this cruise because of the. There is no disputing that this is a nice ship however there is also no hiding the fact that it is 25 years old. The refurbish has been tastefully done however there are just a couple of niggles. We both had balcony cabins and it is quite obvious that the glass panels at one point had all the edges were protected with some kind of bezel and ...
Read More

Grannyvamp
6-10 Cruises • Age 50s
The good, the bad and the ugly... This was our 3rd cruise with Marella. I almost cancelled going on the Dream due to the reviews I read, but had a great time. We were on the maiden voyage of the Explorer last year and there were the inevitable teething problems but the junior suite with large balcony was worth the money despite the terrible service and food. This time we opted for the family ...
Read More

Not as good as Marella Dream

Aliaxl
2-5 Cruises • Age 60s
We chose this ship for its itinerary but heavy rain and thunderstorms spoilt the on shore days in Italy. Embarkation was easy but a fire drill just after arrival caused confusion and were forced to attend even though our drill was scheduled for a later time, so food had to wait. The cabin was kept scrupulously clean by Davis and the whole ship was spotless. Dined mostly in Islands which had a good ...
Read More