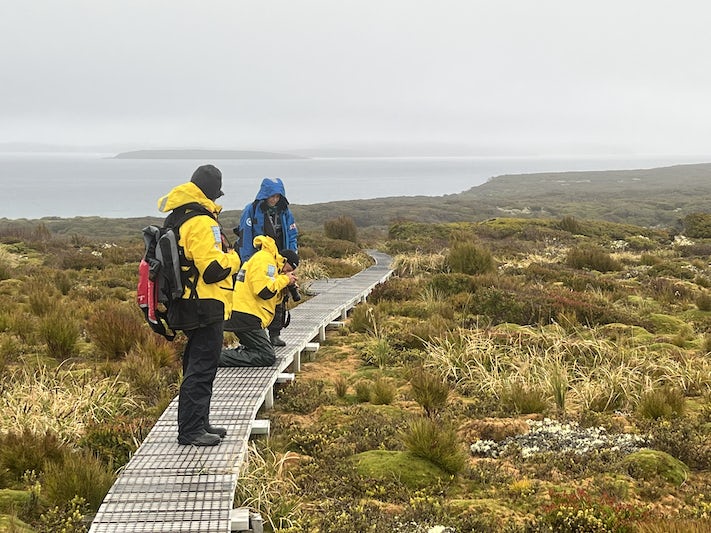 yahoomoo
First Time Cruiser • Age 70s
I had an invitation to cruise the Baltic - a chance for me to retrace my footsteps as a young traveller in this part of the world which has seen so many changes, Le Soleal lived up to all promises, with exceptional French service and superb food and beverages at all times. Tours were well organised and wonderfully instructive. Relaxing on the ship was a great experience, though we were ...
Read More

Ed S
2-5 Cruises • Age 70s
We chose Tauck small ship cruises due to reputation. We had a good experience last year on two river cruises. We would not recommend small ship cruises with Tauck. I had written a 5 page letter describing both the good and the bad on two small ship back to back cruises and I received back a one page letter addressing one item. Most group dinners consisted of chicken. Very little choice of ...
Read More

Great introduction to the North Atlantic

Vasterborg
2-5 Cruises • Age 80s
Solely because of the itineraries and the size of the ship. We had always wanted to visit Norway, the islands of the North Atlantic and Iceland. The two back to back cruises provided a wonderful introduction the the geography and history of this part of the world. The insight into Viking history and culture was especially interesting. The ship was very comfortable and the hotel staff were ...
Read More

A fabulous itinerary on a beautiful, elegant yacht

Annjs
6-10 Cruises • Age 60s
The itinerary was fabulous, with varied and interesting ports of call: Beautiful Stockholm, elegant Helsinki, opulent St Petersburg (3 days), unspoilt Tallin with its exquisite Old Town and lovely local shops, finishing in elegant Copenhagen. We spent a few days exploring Stockholm prior to departing for the Balic Sea and spent a couple of days in Copenhagen at the end of the cruise. The ...
Read More

Some Nice Amenities, But

JessicaIB
First Time Cruiser • Age 60s
Tauck Tours uses this ship for the Baltic Tour. I won't write about the "tour" part, but the ship had some good aspects. The staterooms were nice and clean. The bed comfortable. After day two, we spent a lot of time off the ship. Two points of concern. The first is the food, which effected us three times a day. It's just not good. I can't remember one thing I ate that I liked, though now a ...
Read More

Most uninspired cruise line we have ever used.

Sandbar45
10+ Cruises • Age 70s
We paid a premium price for this cruise to see what a more luxurious ship was like. We expected much more than we actually got. Ship only 2 years old, so quite modern and trendier than other cruise lines. Cabin same size as normal ship, although the toilet was separate which was good. The lounge areas were uninspiring. Afternoons entertainment violinist and a jazz singer, piano player. They were ...
Read More

FNP1998
10+ Cruises • Age 70s
Did the 17 Day Gallipoli Dawn Service cruise with APT on Ponant's Le Soleal. Found that APT is good at producing glossy brochures but a little short on delivery. Kept advertising that it would land ticket holders to Dawn Service onto the Peninsula around dusk on the 24th. This was patently misleading as all operators had been advised as early as June 2014 that this would not be possible. Also ...
Read More

A Triumph of Italian Naval Architecture

gbs1112
First Time Cruiser • Age 80s
Le Soleil is beautiful. It has everything going for it, except the food. Considering this is a French company we were expecting more, a lot more. The Chef de Cuisine, introduced to all at the welcome reception on the pool deck, was French but I am not sure how many others were French and know that a good number were not European. The main courses were regularly bland, lacking in appearance and in ...
Read More

christopher49
First Time Cruiser • Age 70s
On its website the company promotes this ship in a manner which is quite misleading and leaves one very disappointed. In particular: “The Art of cruising A la Francaise”, “exquisite dining with French cuisine” “our gourmet cuisine is worthy of top fine dining restaurants “, “French chic and elegance” “Crew members, all versed in elegant discretion” “fully bilingual service on board”, Well, the ...
Read More