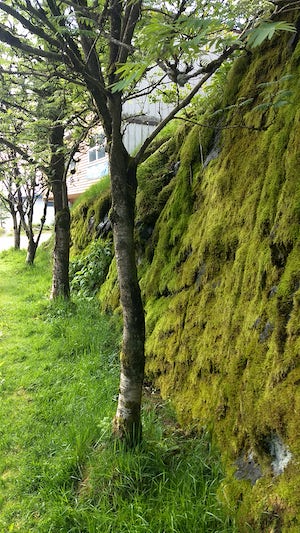 Some Good Some bad, Expected Better!

persians2
2-5 Cruises • Age 70s
We were expecting an experience much classier than the Carnival, but were rather disappointed. We are going to give Celebrity another channce, as we had already booked on The Solstice for April, even before this Equinox December 2011 cruise, so hope some of these problems will not occur again.. Embarkation: Booarding was slightly delayed, as it was just off a repositioning cruise, and they had ...
Read More

Our Celebration Cruise with Solstice

ceecee ryder
2-5 Cruises • Age 70s
The cruise was a popular one for young families and there were many children of all ages on board enjoying the pools, whirlpools and decks. Although, this meant that the pool deck was almost unusable during the day, it did add to the Christmas spirit for what is Christmas without children. Part of the fun was watching them enjoy themselves with their parents, particularly at the shows. On the ...
Read More

Worth the premium to sail Celebrity ?

Margo1000
10+ Cruises • Age 50s
Let me first say that that this was our 1st (and probably our last) cruise with Celebrity. There was nothing wrong with the food or service. This review has more to do with ship and the premium to sail with Celebrity. Embarking was fine as we were the only ones in the "Suite" check-in. Once on-board we began to see a single pattern to the design and ambiance. Everything is ...
Read More

Viggy123
6-10 Cruises • Age 70s
We did back to back cruises ( Princess Crown the first week and then the Solstice ) We thought the Crown Princess was great until we boarded the Solstice. My wife was in awe of the cabin. She loved the space and really liked the enclosed shower stalls. The veranda had lots of room and the reclining chairs were great. When our luggage arrived at our cabin, the wheel was broken. They took it ...
Read More

d_harvey1
First Time Cruiser • Age 50s
My wife and I like to cruise. We have been on a few with Royal Caribbean and with our kids on Disney. We have always had a great time and were looking for a fun get-a-way for us. We were planning to go on a "Freedom" class ship like we did last year. My parents took a Celebrity cruise and were impressed. We did our research and decided on the Solstice. The second you walk on board, you are ...
Read More

JeanieRich
First Time Cruiser • Age 70s
I met up the day before the cruise with my lady friend in Fort Lauderdale (fron California) at a Marriott Hotel during a downpour. The hotel had no heat in the lobby and the desk clerk had a parka and gloves on! We had a good time in spite of all that as our room had heat. We took a shuttle to the port, they were right on time and got us there just like clock-work. Boarding the Solstice was fairly ...
Read More

Soltice is not for us SINGLES or SOLO cruisers!

BostonBud
First Time Cruiser • Age 60s
We're a married couple in our 40's.  This was an Atlantis Events Charter cruise. We love to travel but have only been on 2 other cruises (both Atlantis Events Charters and on RCI). This was our first cruise on Celebrity.   We flew in two days before our Sunday sailing and rented a car through Dollar.  At the counter the woman told us that we could return the car to the center nearest the port ...
Read More

jbuch02
First Time Cruiser • Age 70s
Embarkation: Fort Lauderdale has this down .... Catering to the cruise industry the Airport has improved dramatically since we first started cruising 10 years ago. On Cruise Critic board recommendations, we stayed at the Renaissance Plantation Hotel in Hollywood. With cruiser pricing incentives and free transport to the ship (not from the airport .... $35 cab ride), this is a small, beautiful ...
Read More

CruisinMaterial
First Time Cruiser • Age 40s
Before I start a cruise review I always like to get a feel for who is writing the review. With this in mind my review is coming from a 27 year old male who went alone but shared a cabin on the Celebrity Solstice's FIRST charter cruise. The review that follows is an in-depth look at the Solstice and the entertainment of the cruise. My pre-cruise stay was at the Days Inn Oakland Park. While this ...
Read More

Find a Celebrity Solstice Cruise from $199