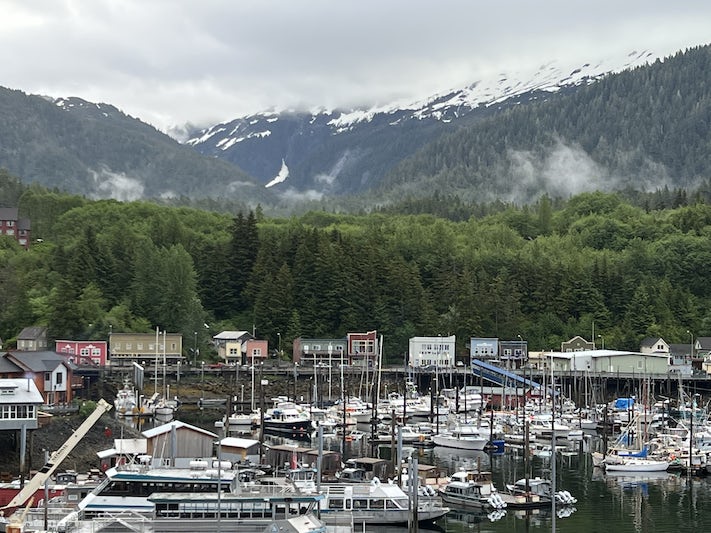 hiker1944
10+ Cruises • Age 70s
Background Information After a number of Caribbean and Mexican Riviera cruises plus a Med, Baltic and S. America it was time for something different. And the Panama transit has been a dream for years. The timing was right and Pre-Cruise: Hotel / Travel to Pier I stayed at the Royal Palm Resort in Fort Lauderdale for the two nights prior to the cruise. For the two-night pre-cruise say I found no ...
Read More

trappist99
First Time Cruiser • Age 60s
Just returned from a 15 day Celebrity Millennium cruise of the Panama Canal Westbound. Celebrity was great as were the crew whom out of their way to make people happy. This is their job and they did it well. This was my wife's and my first cruise so nothing to compare it with really. Overall, we really enjoyed it and will do it again. We wondered if 15nigths would be too long. We found around ...
Read More

june46
10+ Cruises • Age 70s
We stayed at Hyatt Place Fort Lauderdale which was great. They had a free shuttle from the airport but the shuttle to the cruise terminal was $7 per person. Embarkation was slow because of a computer glitch but we made new friends while waiting in line. Our cabin staff were great as were our waiter and assistant waiter at dinner. We had one of the newer oceanview cabins on deck 3 and the window ...
Read More

A great cruise on Millennium

panoramaofthepast
10+ Cruises • Age 70s
We just returned from the 15 day Millennium cruise from Ft. Lauderdale to San Diego. For us, it was a great success. We thoroughly enjoyed the cruise and had few negative comments. Here's a brief review. Because we were leaving from one city and returning to another, we used Choice Air. I did a price check; Choice Air offered the best price and a good variety of flights. No problems at ...
Read More

DanHarris
10+ Cruises • Age 50s
Overall it was a great trip, but there were some warts. But first about me: I am a 51-year-old guy. I have been on over 10 cruises. I am a good cook so I know good food. I am married. We travel with another couple that is also well traveled. I expect good service and I am vocal when I do not get it. Now about what we booked: We booked an Aqua Class (A2) cabin, 9114.  Aqua class has a few ...
Read More

NuCruiser68
6-10 Cruises • Age 50s
Phenomenal trip, longest cruise we've been on. Purchased one premium beverage package as wife does not drink as much as me. Cabin was great, in elevator hallway, but minimum noise. Joining cruise critic a few months prior made all the difference. We met so many great folks from all over the world. One of our new friends won an upgrade to a penthouse suite during day one bingo. She invited a bunch ...
Read More

weatherguy
10+ Cruises • Age 40s
Preface: This review was composed by weatherguy on Saturday, October 12, 2013, and covers my personal cruising experience on cruise ship, Celebrity Millennium's 15-Night Panama Canal cruise between the travelling dates of September 22 to October 7, 2013. I will furnish a shortened version, and then followed by a lengthier, detailed version for those who crave more details. 1.) Shortened, ...
Read More

Cruzan1214
6-10 Cruises • Age 60s
This cruise was the best vacation/trip that I have ever taken. My wife and I traveled with another couple and were in Aqua Class with a premium drink package. We arrived in San Diego a day early and had a awesome time at Seaport Village, Midway Aircraft Carrier and the Gaslamp District. We had a room at the Manchester Hyatt overlooking the Port of San Diego. I woke up about 5:00 am the morning of ...
Read More

Albarrett
First Time Cruiser • Age 50s
Last month my family and I travelled on the Celebrity Millenium from San Diego to Fort Lauderdale via the Panama Canal. We had read many reviews about the ship, I found most were quite negative so we were a little apprehensive about our trip. We didn't need to be. I could not believe how amazing the ship was and the staff couldn't have been more attentive. We were a party of 14 people - 8 adults ...
Read More

ceenite
10+ Cruises • Age 70s
Check in was delayed by Port clearance but once underway went smoothly and without any real problems. We went looking for our cabin and and found it aft, port side, above the Oceanview Cafe, unfortunately the elevator lobby for these Deck 11 staterooms is simply overwhelmed with the strong garlic smell coming up from the cafe kitchen. It was incredibly irritating the entire cruise. The Cabin was ...
Read More

Find a Celebrity Millennium Cruise from $147