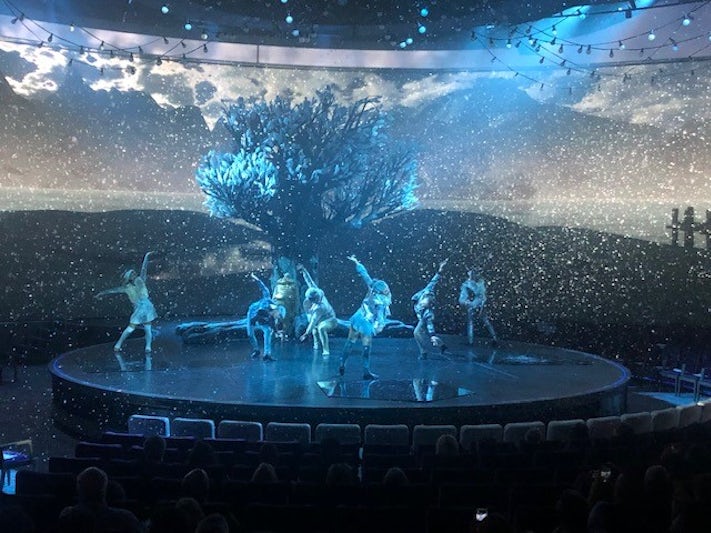 henchoy
6-10 Cruises • Age 60s
This was my first cruise with Celebrity and was the worst cruise vacation so far because of the services food quality and entertainment. Embarkation at Yokohama was very unorganized and confusing : no signboards directing guests where to check in their bags and where to line up for passenger check in procedures, very few guest relation staff to help out guests, insufficient chairs in the terminal ...
Read More

yaduck
6-10 Cruises • Age 60s
We had a very fantastic and enjoyable trip crossing the Pacific -- the entertainment was outstanding, the lecturers knowledgeable and witty, the service top notch, the food delicious (especially the Olympic) and the crew entirely approachable with excellence in the forefront. I have read other reviews about this trip and although I agree with some of the points raised I wholeheartedly disagree ...
Read More

doncruising
6-10 Cruises • Age 50s
Turning 50 is one of those big milestones in your life that deserve to be celebrated. So, I found what I thought to be the perfect way to do that for my Wife..."Deanna's Hawaii 5-0 Cruise" on the Celebrity Solstice! We had cruised with Celebrity once before (Auckland to Hawaii in 2008) and enjoyed a fantastic time so we had high expectations of this newer & much larger ship...and we weren't ...
Read More

40 days on the Solstice

roaminj
10+ Cruises • Age 70s
Spent a total of 40 days on the Solstice starting in Auckland and ending in Vancouver. The good news is I didn't gain any weight. The bad news is the the quality of the food. I'm a elite member of celebrity and always loved the line because of the food. I don't know what happened but I was definitely disappointed with this cruise. Also felt the wait staff was very rushed and for a cruise line that ...
Read More

Whistlercruiser
First Time Cruiser • Age 70s
First the good news. We were in Aqua class and it was outstanding. The food was great for breakfast and dinner. Service was terrific and the maitre d was the best we have ever seen.Unfortunately Aqua class was the saving grace of our trip. From embarking in Shanghai onwards we were completely disappointed with all aspects of the cruise. Embarkation at Shanghai took two hours and the crew tried to ...
Read More

Cyberchomp
10+ Cruises
The Missus and I booked a quickie on the Millennium from San Diego to Vancouver for a number of reasons. First, there aren't that many short West Coast cruises anymore. Second, it was an easy way to achieve Elite status on Celebrity. Third, it was a way to experience Aqua Class, on the cheap, in a newly "Solsticized" Millennium-class ship. We were originally booked for Concierge ...
Read More

travelcookie_7
First Time Cruiser • Age 60s
I admit it, I've become a travel snob and thought the wine themed cruise would be special on Celebrity but it was not. I asked around and found out the wine themed events were for wine groups that booked the cruise as a group through their wine clubs. I was told there were two groups on board, one had 90 people and another 100 people and the special events were for them only. There were the usual ...
Read More

Dawn of a new era? No, but perfectly adequate

traveltilidrop
6-10 Cruises • Age 50s
This was our first trip on the Millie, and also our first repo. We had sailed before on the Century, which had immediately felt like an old friend, as well as Century's sister ship, Mercury, now renamed and sailing in Europe. Millie is a larger ship, and was looking very spruced up thanks to its recent dry dock upgrades. We took the train to San Diego and stayed the night before at the Courtyard ...
Read More

Will stick with Solstice class on Celebrity

Palms2007
10+ Cruises • Age 70s
This was our second cruise on Celebrity, the first being on Solstice in the Caribbean in January, this year. I've been following the progression of the "solsticizing" of the Millennium on the Celebrity website, so my hopes were high. We booked an Aquaclass cabin, which, at the time, was less than any Concierge class. Then we upgraded to a Suite guarantee for not much more. We flew to San Diego ...
Read More