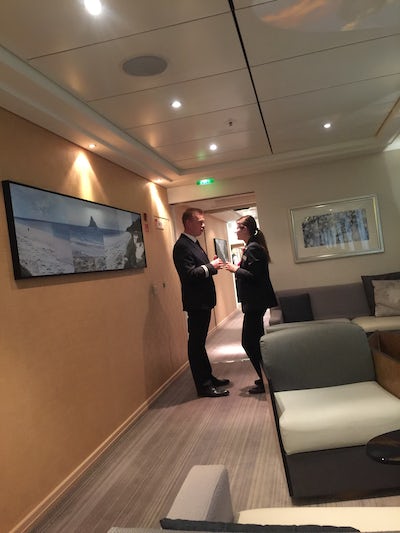 See all photos
Cruiser Rating
4.0
Very Good
16 reviews
Ratings by category
Featured Review
Excellence!!!
"This is my second river cruise with Viking and once again they did not disappoint.Our cruise on the Viking Idun was exceptional!..."Read More

Review for Viking Idun to Europe - All

cmstrine1
2-5 Cruises • Age 70s
Our cruise on the Viking Idun was exceptional! Viking is a great company to sail with especially the river cruises. This is my second river cruise with Viking and once again they did not disappoint. The entire staff is warm, friendly and oh so very helpful. All the excursions were fantastic and the guides were phenomenal. I had a small medical issue while sailing and the Viking staff ...
Read More

LovesToCruise13
10+ Cruises • Age 80s
Had never been to Eastern Europe. So much information on the after effects of WW11 And the break up of Checoslovakia. My only disappointment was that there were not enough hand sanitizers on the boat and someone came on with a cold and by the third day, many people were coughing and sneezing. I caught a cold and was miserable for three days and missed a whole day of touring in Belgrade. ...
Read More

On the Danube in Eastern Europe

rkavash
2-5 Cruises • Age 60s
We had previously cruised up the Danube from Budapest to Germany. We were intrigued by the idea of going in the other direction. We were not disappointed. Starting from Budapest, where we spent a couple of nights on land with both significant free time and guided touring, we ventured further into Hungary then on to Croatia, Serbia, Bulgaria, and Romania. The tour ended with a land stay in ...
Read More

fsbsuperv
10+ Cruises • Age 70s
My wife and I had been on many cruises, but never on a River Cruise and had never been to Europe. We're limited to vacation times during the year due to her teaching schedule and Xmas week has been customarily our time to to go to Florida, the western part of the U.S., and to the Caribbean and Mexico.. So to go to Europe during the winter, was not what I was expecting when my wife booked our ...
Read More

lfaber
First Time Cruiser • Age 70s
This was our first river cruise, and we had heard good things about Viking so our expectations were high. Viking exceeded our expectations across the board. The Idun was immaculate, and we always wondered how our room (a Veranda) could be cleaned, or the bed turned down, when we left the room for a few minutes. The crew was remarkable, from the room cleaners to the deck hands to the wait staff, ...
Read More

Our first cruise and we loved it

VanCleave
First Time Cruiser • Age 70s
We started with a two-day pre-cruise package in Nuremberg. It really set the stage for the whole trip because Nuremberg was central in the history of the Holy Roman Empire. Our tour guide on for the pre-cruise package was a history major specializing in Medieval Nuremberg and she really put the everything in context. The crew of the Idun did everything they could to make our trip special. They ...
Read More

marelind
First Time Cruiser • Age 60s
I am an early 60's woman who traveled with two sisters on Romantic Danube cruise. This was our first time on a river cruise though we have all cruised on ocean cruises. One sister traveled on her own to Prague, Czech Republic prior to our cruise. We all met up in Budapest on Friday night. We spent Saturday exploring Budapest which is a lovely city. We stayed at Le Meridien hotel. We did not ...
Read More

decesra
2-5 Cruises • Age 60s
Just back from the "Romantic Danube" Viking river cruise on the Viking Idun in Early September 2014. We left from Budapest and cruised up to Nuremburg, and added the extension in Prague. Viking gets my highest rating. Here's a few thoughts. The Program Director Barry and the chef Ronald are both out of central casting. Ronald was frequently invited over to our table so we could complement him and ...
Read More

A great cruise with Viking

luvingtotravel
First Time Cruiser • Age 50s
We were on board the Idun for 7 days. We travelled from Budapest to Nuremburg with an extra 3 day extension in Prague. Everything was so well organized. Right from the moment we stepped off the plane to our departure from Prague. There was always a representative to help you, answer questions and point you in the right direction. The ship itself was well set up. Our room was on the 3rd floor and ...
Read More

vikingenthusist
First Time Cruiser • Age 60s
My husband and I did the Danube "Christmas Markets" cruise starting December 21 in Budapest ending in Nuremberg Dec. 28. This is our second cruise with Viking. (Our first was last October with their China Yangteze cruise of about 15 days. Loved it!) The Viking Idun is only a year old and has capacity of 190 guests. There were 180 on this trip, which is a good turnout given it is over Christmas. ...
Read More