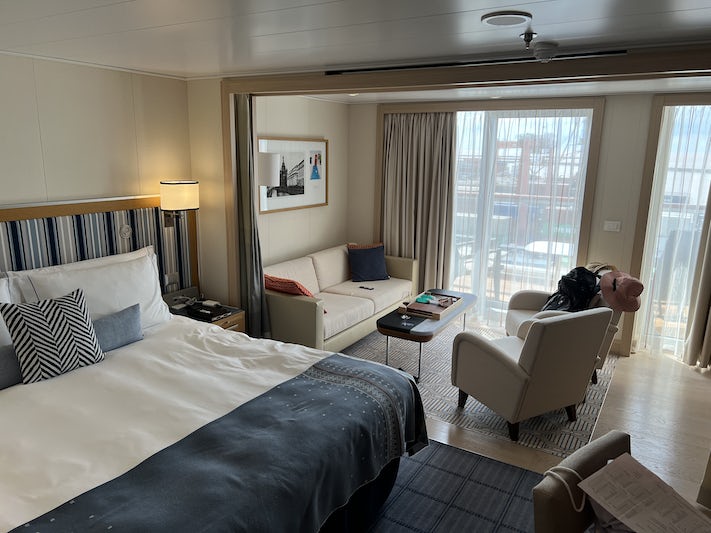 patmccaffreycruise
10+ Cruises • Age 70s
We like traveling in the fall. This cruise went at the right time and to places we haven’t visited before. Having loved The Grand European Viking river cruise we wanted to try an ocean cruise. We loved it! It was exciting to travel from Norway to Barcelona. Each country along the way was wonderful! Customer service was great from our room steward, the waiters, to the staff of guest services. The ...
Read More

Just As We Expected - Prefect

BURKEMCMURDO
2-5 Cruises • Age 70s
We chose Viking Cruises because of its' reputation as being the best cruise line in the industry. The British Isles Explorer cruise allowed us to see ports we had not visited before in Norway, Scotland, Northern Ireland, Wales, Ireland and England. The included tours were excellent. In fact' we added 4 tours (total 18) to insure we saw all the things we wanted to see during our 14 day cruise. ...
Read More

Maples
6-10 Cruises • Age 60s
The cruise exceeded our expectations in every way. • The ship and our room were gorgeous. Every aspect of the ship was lovely and we never felt like we were crowed. • The ports were well chosen.It was a wonderful way to see lots of different ports some of them quite remote--Shetland Islands and Orkney. • There were many available excursions.There were excursions form every interest and ...
Read More

aimee11633
6-10 Cruises • Age 50s
We chose this cruise, first, for the destination. We have always wanted to visit the British Isles. This cruise allowed us to get a taste of several countries, and multiple cities all in one vacation. We chose Viking because they offered this trip, it also because the value of the cruise was well worth it. It is not the least expensive one out there, but we agree that it is of the best value. ...
Read More

trishgoddard1
6-10 Cruises • Age 60s
We chose this cruise because our friends were going. The itinerary was through the British Isles. I really liked Norway and many of the stops in Scotland were nice. Britain and Ireland were great as well. Could’ve used one or two less stops in Scotland as many were simply fishing villages on a little island. Would rather have stayed in one of the cities such as Edinburgh longer.Some of the ...
Read More

Brenham
10+ Cruises • Age 70s
Sailed on several Viking River Cruises and wanted to experience Viking Ocean. Great cruise, ship and staff. The port stops were great; however, I think Viking could have provided more quality in their included shore excursions. In addition, the same time frame for booking shore excursions should be given to all passengers and not be prioritized based on what you paid for your cabin. We ...
Read More

sheilabeagley
2-5 Cruises • Age 60s
My husband, Ed, and I chose this cruise because of the excellent reviews that it has received. Every aspect of the cruise was great! The restaurants were delicious. I would recommend that the Chef's Table change their menu daily or have more options for people to choose from. The service was exemplary! In the World Café, there were a few female servers who could have smiled more ...
Read More