You may also like
Dismiss
Tipping on Ships: An Australian Culture Clash
What to Expect on a Cruise: Tipping Crewmembers on a Cruise
7 Times You Shouldn't Tip on a Cruise
Tipping on a Non-Tipping Cruise Ship
AmaWaterways vs. Scenic
5 Ways to Save During Wave Season
How Much Should I Tip My Room Steward on a Cruise?
Carnival Cruise FAQ
Princess Cruises FAQ
MSC Cruises FAQ 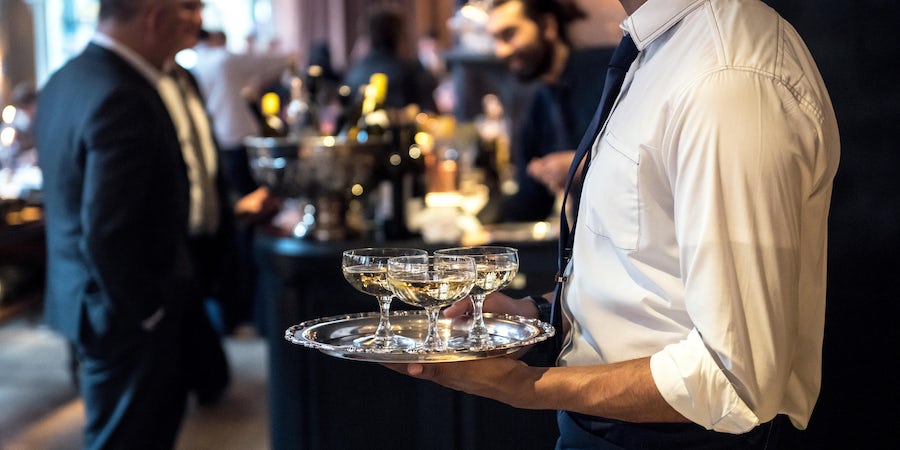 What Is a 'Crew Appreciation?' and Is It Different from Tipping on a Cruise?

For as long as there have been cruises, there has been the issue of tipping: how to reward the crew that have served you so capably, whether it was for three days or 30.

In the "old days", tipping on a cruise required gobs of cash stuffed into envelopes to be dispersed to relevant personnel at the end of the voyage. These were tips, and were always known as such, until around two decades ago when tipping quietly became known as "gratuities" added automatically to your shipboard account.

Recently, however, tipping on cruise ships has a new name: "Crew Appreciation."

Crew Appreciation: Tipping By Any Other Name

Eagle-eyed cruisers may have noticed that, this past fall, Holland America Line and Princess began budling "Crew Appreciation" as part of its sales and promotions, without much in the way of an explanation as to what that was, exactly.

"I noticed the Black Friday Sale includes a 'Crew Appreciation' fee," writes Oakman58 on the Holland America board. "Does that fee replace what used to be called the Hotel Service Charge or is this some new fee being added to the cost of the cruise?"

On the Princess Cruises website, the line clarifies that, in fact, "Crew Appreciation" is really just a new name for a process that has existed for decades: tipping.

"The 'Crew Appreciation' is a daily amount for each guest that will be automatically added to your onboard account for your convenience, to recognize the efforts of a wide variety of crewmembers who contribute to the experiences of all our guests," states the Princess Cruises website. "The crewmembers eligible to receive these funds work in various departments, many of whom rotate among different ships, throughout our fleet of ships."

In the summer, Princess rolled this program out as a "Crew Incentive" before rebranding it as "Crew Appreciation".

Holland America Line further explains that, "All of the Crew Appreciation and Service Charge payments made by all guests on all ships in our fleet are pooled, net of credit card transaction fees. The pooled funds are distributed throughout the year in the form of compensation, including bonuses, to crewmembers fleetwide who interact directly with guests and/or behind the scenes throughout every cruise, including those in the Bar, Dining, Entertainment, Housekeeping, Guest Services, Galley and Onboard Revenue areas."

Do I Have To Pay the Crew Appreciation Amount?

Like tips or gratuities, both lines state that passengers who are dissatisfied can request adjustments be made to the crew appreciation amounts, which vary by line and cabin category -- as a rule, suites and higher-grade accommodations will pay slightly more, per day, than folks in standard inside, oceanview and balcony staterooms.

However, we recommend leaving the gratuity -- er, crew appreciation -- as it is, as it represents an important part of your crew's overall compensation. If there are issues with service onboard, it is always a good idea to meet with the guest relations team or Hotel Manager onboard to discuss, and solve, any potential service issues while onboard.

Passengers can still tip crewmembers who have gone above and beyond additional funds outside of the crew appreciation fee as they see fit.