You may also like
Dismiss
Why Grand Celebration is the Ship for You
Which Cruise Can You Book for $300 a Day?
10 Ways to Cruise When You're Totally Broke
Can You Cruise for $100 a Day?
Best Months to Cruise the Caribbean
How to Save Money on a Carnival Cruise
The Smooth Jazz Cruise
Grown & Sexy Cruise
Love and Harmony Cruise 2020
Your Favorite Cruise Ship is For Sale? Here's Why You Shouldn't Panic

Budgets can get tight at times, but that doesn't mean you have to ditch your vacation plans all together. If taking a cruise this year involves penny pinching, why not consider a cruise on a line known more for value than for the latest splashy features?

Unlike the airline industry with its low-cost carriers (think Spirit Airlines, Ryanair or even Southwest), not many cruise lines would be considered budget (though some older ships on well-established, contemporary cruise lines, like Carnival, Royal Caribbean and Norwegian Cruise Line, could fall into this category).

So, to help in your search for cruise deals, we've come up with three categories for penny pinchers -- budget cruise lines, budget itineraries and budget seasons. You don't necessarily need to sail with a dedicated budget cruise line to find rock-bottom rates, but you need to know which itineraries and cruising seasons traditionally have the lowest prices. With savvy strategies, you can even find extremely affordable sailings on more upscale cruise lines, as well as the mainstream ships.

So stop moping and start shopping -- there are plenty of affordable cruise vacations if you know where to look.

Cruise lines fall into different price categories, but hardly any qualify as truly budget. It's often better to look for sales on older vessels belonging to the fleets of mainstream cruise lines for competitive rates. 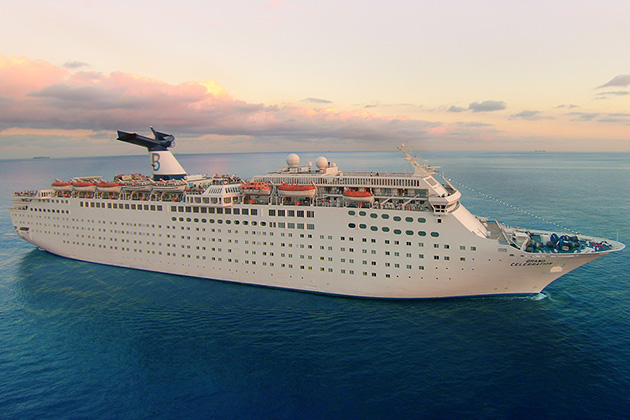 Two-ship Bahamas Paradise Cruise Line offers two-night budget cruises from Palm Beach, Florida to the Bahamas aboard Grand Celebration and Grand Classica. The line is aimed squarely at first-time cruisers looking for a cheap way to try a cruise, and we've seen sale fares range from $109 to $179 per person (before taxes and fees).

While not quite mega-ships, the Bahamas Paradise ships, which carry 1,500 to 1,700 passengers, sit very much in mainstream cruise ship territory. Onboard, passengers will find  a variety of restaurants (a main restaurant, buffet, extra-fee steak-and-seafood venue, poolside grill and the like), several bars and lounges, a casino, a theater, a spa and gym, and sun deck space with pools and hot tubs. For the youngest cruisers, there are age-specific kids' clubs and a waterslide.

Cruises on older ships tend to have lower rates for two reasons -- the ships lack the amenities and the hype of the newest vessels, and they tend to be deployed on shorter or less popular routes. But that doesn't mean you can't have a grand old time on an older ship, and if you're a first-time cruiser, you won't even realize you're missing anything -- other than higher fares. It's also important to note that lines have by no means neglected these older ships; most have gone under the knife for multimillion-dollar refurbs.

The rock-bottom rate award at this point goes to Carnival, where we've seen four-night cruises for $179 per person ($45 a night) on Carnival Victory, which launched in 2000. Fleetmates Carnival Inspiration (1996) and Imagination (1995) have four-night Mexico cruises for the same price. (See the advice below on three- and four-night cruises -- many older ships are sailing these itineraries.) The 2,350-passenger Majesty of the Seas, built in 1992, is another good bet with fares from $209 for a five-night cruise ($42 per night). Norwegian Spirit (1998) has an 11-night Mediterranean cruise for $599 per person ($55 per night).

If you're looking to cruise at the cheapest rates possible, certain itineraries stand out as almost always having low total or per-night prices. These tend to be the shortest cruises and voyages with a high percentage of days at sea.

You won't find entire seasons of one- or two-night sailings, but these every-so-often cruises make great short getaways that won't break the bank. For example, both Holland America and Princess Cruises offer short sailings between Vancouver and Seattle, starting from $69 per person. Carnival also offers super-short cruises, occasionally for under $100 per person, per night. You'll spend little time in your cabin, so it makes sense to pay less for the trip while you get your money's worth of food, entertainment and onboard amenities like the pool and nightclub. 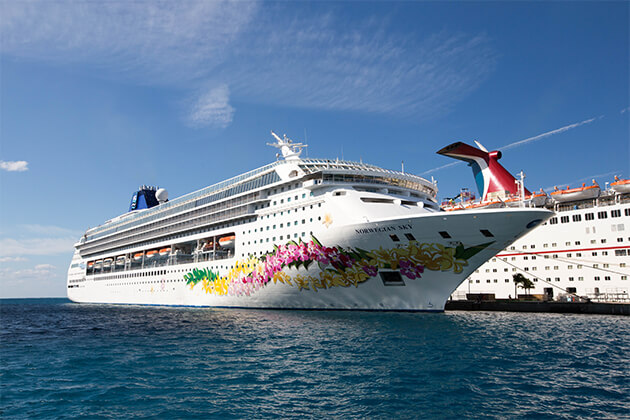 A combination of short itineraries and older ships make three- and four-night cruises excellent values, especially as some of the ships utilized aren't actually that old (or have been refurbished) and have decent attractions.

Carnival offers entire seasons of short cruises to the Bahamas, Baja Mexico and the Western Caribbean. Royal Caribbean offers three- and four-night Bahamas cruises, as well as four-night Cuba cruises and Western Caribbean itineraries. Norwegian also offers short sailings to the Bahamas and Cuba; some aboard Norwegian Sky, an alcohol-inclusive ship, which adds to the value of the cruise even more.

Look for rates under $300 per person, but anything under $100 per night is a good deal. (Cuba cruises will be a bit pricier, but still excellent value.) Just be prepared for a party atmosphere to prevail onboard, as shorter itineraries also tend to attract a younger crowd.

For really cheap nightly rates (between $40 and $90 a night per person), repositioning cruises -- one-way sailings that take place seasonally when a ship is moving from one region to another -- are the best bet, though they can have pricier total rates than the short sailings because the cruises typically last longer than a week.

These itineraries occur at the beginning or end of the warm-weather cruise season (spring, late summer and fall, mostly). They also tend to attract mature travelers and retirees who have the time to vacation for 10 days or longer.

Look for voyages from the Caribbean, Florida and U.S. East Coast to Europe (or vice versa) with stops in the Canary Islands or Azores along the way. On the West Coast, you'll find repositioning sailings between Alaska and the southern California homeports (and occasionally to Hawaii, Australia or Asia), as well as Panama Canal voyages between California and Florida.

The combination of lengthy itineraries (typically longer than seven nights) and a higher-than-average percentage of days at sea drives down the nightly rate, making these cruises an ideal way to try out a more upscale cruise line without busting your budget (keep in mind that you might pay more for the one-way airfare, however).

Holland America tends to have appealing deals; at time of publication, we saw a two-week transatlantic sailing from Rome to Fort Lauderdale for $57 per person, per night -- and on the line's newest ship. We also found low rates on Celebrity's popular Solstice-class ships as they cross the pond, a cheap 10-night repositioning cruise (Canada to New England) on Norwegian Gem from $429 ($43 a night) and 13 nights aboard Royal Caribbean's Explorer of the Seas from Dubai to Barcelona for $599 ($46 a night).

If you want something shorter and cheaper, look for Pacific Coastal cruises in the spring and fall as ships sail to and from Alaska.

If you're looking for a specific destination and want to save the most money on a particular cruise, look for seasonal discounts. As a rule of thumb, shoulder-season sailings (those that take place at the beginning or end of a cruising season) tend to be the most budget-friendly. While the tradeoff for your cheap cruise fare might be less-than-ideal weather, you can often benefit from less crowded destinations and possibly more affordable airfare. 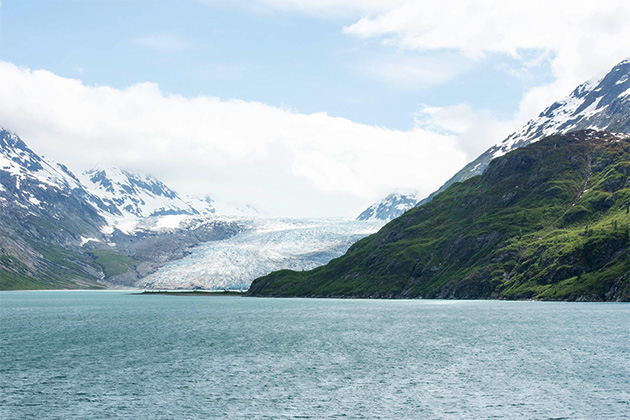 Alaska in May and September

To cruise Alaska at budget rates, choose a sailing in May or September right after the ship has arrived in the region or right before it's set to leave for warmer climes. Because the weather is typically cooler and fish, animals and flowers are less abundant at these times, these sailings are less popular than June-through-August departures, meaning the rates drop. On the plus side, May is typically less rainy than the summer months, and September offers a chance to catch the aurora borealis. 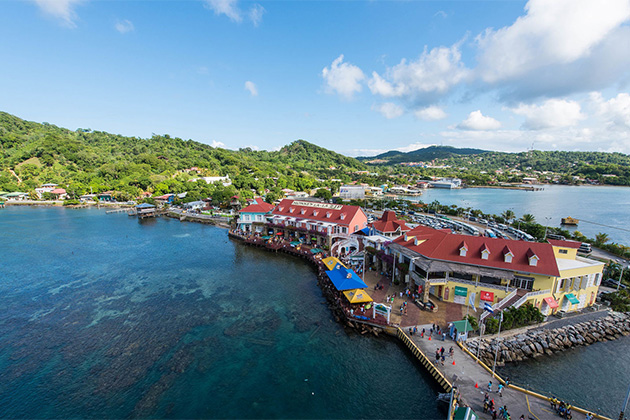 Caribbean, Bahamas and Mexico in Fall

Autumn is a bargain time for cruising in almost any region, but the lowest prices are for getaways to the Caribbean and Bahamas. If you're looking for last-minute, seven-night cruises under $500 per person, you'll find them during this shoulder season. (Shorter three- to five-night cruises are equally affordable.)

These low prices are partly caused by the general lack of travel between Labor Day and Christmas but also are a result of hurricane season in the Atlantic/Caribbean. (The majority of hurricanes occur between August and October.) If you choose to take advantage of these cut-rate prices, it's worth paying for travel insurance to protect yourself against canceled cruises or delayed sailings because of stormy weather. 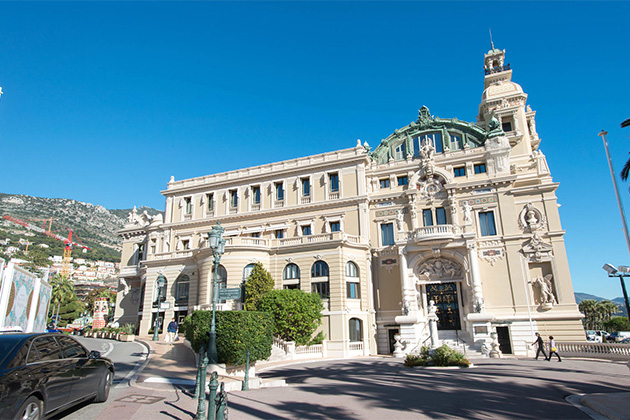 Most ships used to flee the Mediterranean in fall and return only in the spring. Now, more ships are staying into November and returning in March; a few lines, like Costa and MSC Cruises, even stick out the winter in European waters.

While fall and spring are lovely times to cruise Europe, early-spring and late-fall weather can be iffy. Therefore, prices for winter cruises are extremely low. For example, lines that sail can offer winter Mediterranean and Canary Islands cruises for under $100 per person, per night (with some under $75 -- plus on MSC, kids 11 and under sail free).