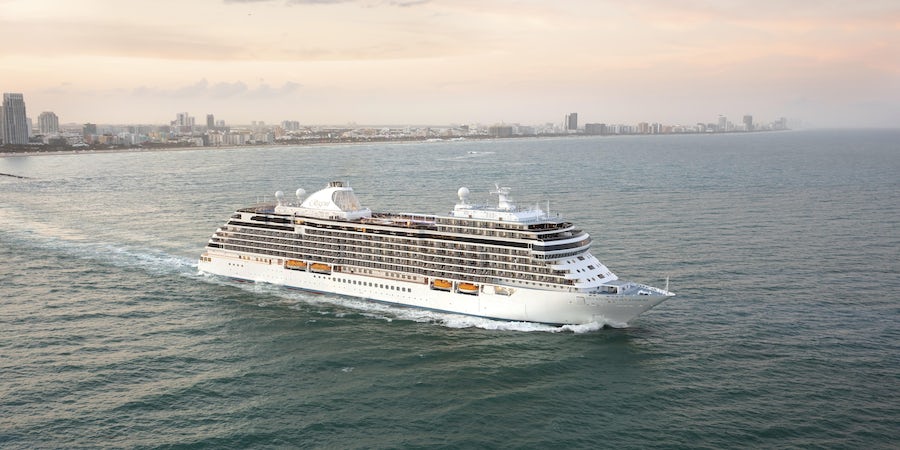 What is the Most Luxurious Cruise Line?

Luxury means different things to different people, especially when it comes to the most luxurious cruise line.

Back in the day, luxury was fairly simple to define -- luxury meant formality, so-called "white glove" service and elegance.

Now? Well, it could mean exclusivity to some, privacy to others, a private Learjet experience or watching the sun rise over Macchu Pichu.

For the handful of cruise lines operating in the luxury space, they are constantly redefining and tweaking their luxury offering depending on who their passengers are.

We take a look at the cruise lines which define themselves as luxury and try and help you choose the most luxurious cruise line depending on your tastes.

Regent Seven Seas offers the most "traditional" form of luxury when it comes to the main luxury lines, designed to appeal to an older demographic, reflecting its passenger base.

Design and decor are more reminiscent of a Four Seasons or Ritz-Carlton hotel -- in fact, if you didn't know you were on a ship you could well imagine you were at a hotel.

Expect outstanding service, with penthouse suites and above enjoying the services of a butler.

And like most lines operating in this sector, there is a strong emphasis on food with two stand-out restaurants on most ships -- Pacific Rim and Chartreuse, as well as great steak house, Prime 7.

Passengers like to dress up, and from 6 p.m. dress code moves from casual to smart casual or elegant. (Certain nights are designated formal or elegant).

Regent is also the most inclusive line (in terms of costs), with everything onboard (except for spa treatments) included as well as airfare and shore excursions. Because of this, lead-in fares often skew higher.

However, this is not something the line shies away from: Its newest ship, Seven Seas Splendor, features in a U.K. television show called, "The Most Expensive Cruise Ship in the World," which is entering its third season.

Regent operates some of the bigger ships in this sector, with Splendor, Seven Seas Grandeur and Seven Seas Explorer carrying 750 passengers each.

Who would it suit? Those who like old-school luxury, personalized service and great food.

Silversea is the Most Luxurious Cruise Line for Modern Luxury

Silversea has spent much of the past few years redefining itself in the luxury space. A few years ago, the line might have been considered a little formal and starchy, but recent changes have created a huge transformation, driven largely by new CEO Barbara Muckermann, as well as the might (and money) of the Royal Caribbean Group, of which the line became a part of in July 2018.

Two innovative programs and a fleet of beautiful new-builds have taken Silversea to new levels of luxury.

The first is the S.A.L.T. (Sea & Land Taste) food program, overseen by Adam Sachs, ex-editor of gourmet food magazine Saveur, which aims to take guests deeper into the places they are visiting by means of food. The program made its full debut on Silver Moon in 2021.

The other is Otium, a new spa concept which debuted last year on Silver Dawn and which seeks to bring the spa into your cabin, leaning deep into the wellness trend.

The newer ships are stunning, offering an understated, tasteful style of luxury, and are at the larger end of the luxury scale, carrying 596 passengers.

All suites come with butler service, assigning individuals dedicated to making your cruise experience exceptional.  (Find out why cruise ship butlers are amazing, and what services they'll perform.)

Who would it suit? Passengers 55 and older looking for an authentic foodie experience, stylish surrounds and superb service.

Seabourn is the Most Luxurious Cruise Line for Cool Luxury

Seabourn long has been respected in the luxury sector when it comes to service levels, which are famously intuitive, and food -- overseen by Thomas Keller.

Seabourn has three ship sizes -- the 354-passenger vessels, the 600-passenger ships and an expedition ship, Seabourn Venture, which carries 264 passengers.

When Seabourn Odyssey debuted in 2009, it was hailed as revolutionary, with more restaurants, entertainment options and larger-than-average suite sizes.

And although the Odyssey Class of ships is still stunning, many of its competitors have caught up while Seabourn has stood still in terms of innovation.

Having said that, the ships stand the test of time, with breathtaking interior design, top-notch food and the aforementioned service levels.

Crew are less formal than you find on other lines and are drawn from a wider nationality base, so the vibe onboard is distinct from other lux lines.

Who would it suit? Well-traveled, well-heeled, but not overly fussy when it comes to formality.

SeaDream is the Most Luxurious Cruise Line for Laid-Back Luxury

SeaDream operates just two small (around 100-passengers) ships SeaDream 1 and SeaDream II) with fiercely loyal followings. The ships are getting on, and no cabins have balconies, yet passengers don't seem to care when they are spending most of their time outside anyway.

Sailing on SeaDream is similar to sailing on a friend's yacht -- no formality, lots of food and outstanding service (helped by a passenger to guest ratio of almost 1:1).

In terms of dress codes, there are none -- wear what's comfortable in the day and perhaps throw on a shirt or a casual dress in the evening.

Most passengers spend their time outside anyway, so balconies aren't missed, and you'll soon find you'll get to know everyone after a day or two.

Both ships include a marina with a wide range of toys including sailboats, WaveRunners, snorkeling gear, banana boats, tubes, wakeboards and water skis, stand-up paddleboards and Jet Skis.

The line operates a semi-inclusive fare policy, so all meals, gratuities and some crew-led excursions are included, while alcoholic beverages are not.

Who would it suit? Sporty, outdoorsy types who enjoy playing in the water and dining under the stars.

Scenic is the Most Luxurious Cruise Line for Ultra-Personalized Luxury

Confusing at first, but then strangely welcome, Scenic crew address you by your name as soon as you step onboard -- and we're not just talking your personal butler. Everyone, from room stewards, bar staff and waiters seem to know who you are from day one.

How they do this, we've never quite worked out, but it's one of the hallmarks of a Scenic ocean cruise.

With just one small ship -- the 200-passenger Scenic Eclipse and a second on the way this spring Scenic Eclipse II -- the line is carving out a niche in the ultra-luxury small-ship space.

Looking more like a billionaire's mega-yacht, Scenic Eclipse is genuinely like nothing we've sailed on before, from the sleek yacht-like exterior to the cool black palette of the interior.

The eight restaurants are overseen by master chef Thomas Goetter, who offers (in our opinion) the best Chef's Table experience at sea, where he makes the food come to life with tales of his youth.

All the suites are huge and well-designed (although the black color palette can seem a little too dark at times); and the ship's public spaces such as the lecture theater and main reception/bar area are huge considering it holds just 200 passengers onboard

Scenic Eclipse is nigh on perfect, with a couple of design flaws (lack of outdoor viewing space, no pool), which will be ironed out on Scenic Eclipse II.

Who would it suit? Passengers who want an ultra-personalized, yacht-style experience rather than a traditional cruise.

Paul Gauguin is the Most Luxurious Cruise Line for Immersive Luxury

As befits the destination, the vibe onboard Paul Gauguin is relaxed, friendly and laid back; though you might want to don a shirt or traditional Tahitian attire at night; by day its swimsuits and wraparounds.

The line also makes the point of immersing you in French Polynesia culture with native crew onboard doing lectures, dancing, and talking about their culture. If you want a truly immersive experience -- this is it.

There is an excellent marina and a strong emphasis on water sports with an array of cool toys in the marina.

At night, expect outstanding cuisine with a strong French Polynesia flare in the ship's three restaurants.

All cabins have sea views and almost 70% have balconies, but they don't come close in terms of sumptuousness when stacked up against the other luxury lines on this list.

Who would it suit? Relaxed, well-traveled types, honeymooners, scuba-divers and those keen to visit a true bucket-list destination.