You may also like
Dismiss
10 Best Cruise Lines That Stay in Port Late and Overnight
Cruising with Jane McDonald
Busiest Cruise Ports: How to Avoid the Crowds
11 Best Whale Watching Cruise Shore Excursions
Sail Here, Not There: Avoiding Overtourism in Cruise Ports
8 Reasons to Cruise on a Refurbished Ship
Best Cruise Ports for Horseback Riding Tours
The World's Best Beaches to Visit on a Cruise
10 Things You Should Never Do on a Cruise Line Private Island
Where We Love To Cruise: What's Changed in 25 Years? 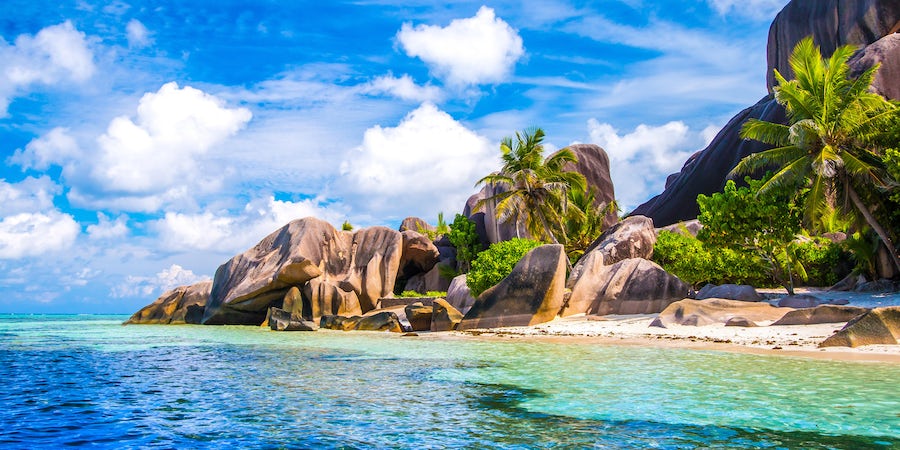 What Are the Warmest Places to Cruise in January?

January seems like an ideal month to escape to a warmer destination on a cruise. You know the kind we're talking about -- with sun and sand and water warm enough to splash around in comfortably.

So what are the warmest places to cruise to in January? There are options relatively close to home and others on the opposite side of the globe. For short getaways, consider cruises to the Southern Caribbean or Mexico. Either will get you well beyond the threat of encroaching cold fronts.

For something more exotic, the South Pacific or Indian Ocean may be calling your name. And if January is the only time you can plan a cruise to Europe, there are even warm spots there as well.

We've researched the average temperatures on land and in the sea to find you the top choices for warm spots to cruise in January. Let's start dreaming!

Curacao Can Blow Away the January Chill

While you can usually find sunny skies and warm sandy beaches in January on any Caribbean cruise, your best options are south of Puerto Rico. And the farther south you cruise, the less likely you are to encounter the random January storm that drops in with cool temperatures.

Curacao' is an idyllic cruise port in the deep Southern Caribbean, with enough to offer almost anyone who cruises. Shoppers and beach hoppers will not be disappointed. And if watersports are your thing, diving, snorkeling, and boating don't get much better than this anywhere.

Average January daytime temperatures in the cruise port of Willemstad on this Dutch island are in the mid-eighties, or about 29 Celsius, often with gentle breezes that make it more comfortable. Water temperatures hover in the low eighties. That's warm enough to forgo wetsuits for most water activities, but rash guards are advisable for protection from sun and stinging marine life.

Cruise lines that stop in Curacao in January include mainstream lines like Royal Caribbean, Norwegian Cruise Line, Holland America, and Celebrity, as well as premium lines including Windstar and Oceania.

Roatan, Honduras Has Some of the Caribbean's Warmest Waters in January

On the western side of the Caribbean, any cruise that includes Roatan is an almost guaranteed trip to warm weather. This tiny island off the mainland coast of Honduras offers just enough development to make a stop here enjoyable, while leaving the traditional island feel intact. Expect to enjoy things like zip lining, wildlife encounters, beach breaks and horseback riding, as well as water sports like scuba diving, snorkeling, and boating.

Average temperatures during a stop in Roatan in January are in the mid-eighties (29C), with the water temperatures almost that warm. Those temperatures come with high humidity here, so you’ll want to stay hydrated as you enjoy the warmth.

Cruise lines that can get you to your warm happy place in Roatan in January include Carnival, Royal Caribbean, Princess, and NCL, plus premium lines Oceania and surprising options like Viking and Virgin Voyages on occasion.

Puerto Vallarta: How About a January Cruise to Warm Up in the Mexican Riviera?

Cruises down the west coast of Mexico, often leaving out of Los Angeles, whisk you deeper into warm sunny skies with every nautical mile. The bustling port of Puerto Vallarta -- one of three major ports of call on the average weeklong Mexican Riviera cruise -- has so much to offer that you may wish your ship could stay a few more hours.

Tops on the list for many cruisers is food. From street tacos to haute cuisine, this is a city you can eat your way through. Outdoor lovers will find plenty to occupy their time here including sailing, deep sea fishing, golf, and of course, there are beaches -- some of the most scenic you've ever laid eyes on. Water lovers can enjoy scuba diving, snorkeling, and boating options.

January air temperatures in Puerto Vallarta average in the eighties (around 25C), but the water in the Pacific will be a little cooler than Caribbean waters. Expect sea temperatures in the mid-to-low seventies (23C) in January. This may mean extended water time will require a light wetsuit for comfort.

Brisbane, Australia Has Your January Warm Weather Cruise Wrapped Up

If you are from the Northern Hemisphere, the thing to remember about January cruises down under is that the seasons and directions are flipped. January is summer in Australia, so it will be warm, but Southern Australia is cooler than Northern Australia. So, to find your warmest beach bliss, cruise to or from Brisbane -- not necessarily Sydney.

January air temperatures in Brisbane run around eighty-five degrees (29C) and the sea temperature is a soothing eighty (26C). By comparison, air temperature in Sydney is more likely to be in the upper seventies (25C) --still quite comfortable-- with water temps a nippy seventy-four (23C) on average.

Warm Brisbane cruises in January include those found on P&O Cruises Australia, Carnival, Princess, and Royal Caribbean, some of which take you north to exotic (and warm) destinations like Papua New Guinea and Vanuatu.

For a truly exotic escape from the cold January weather, take a look at cruises that include The Seychelles. It's an archipelago in the Indian Ocean that draws you in with stunning beaches, then enchants you with pristine coral reefs and a population of rare animals that rivals the Galapagos Islands in the Pacific.

Average January air temps here are a balmy eighty-five degrees (29C). Sea temperatures are around eighty degrees (26C) this time of year, making watersports like diving and snorkeling a pleasure.

Getting to the warmth of The Seychelles generally involves a lengthy cruise, but it's far easier than the journey by air, so why not? Upscale lines like Ponant and Oceania sail here regularly in January, but you may also be able to snag an NCL cruise in the region as well.

If you find yourself longing for an adventurous expedition-style cruise in January, but the popular deep freeze of Antarctica is not your jam, you may be missing the boat to Galapagos. This highly protected island destination off the coast of South America is a toasty spot from which you can enjoy exotic wildlife, hike, snorkel, and get your thrills with wet Zodiac boat landings while doing it.

How warm is it on Galapagos cruises in January? Air temperatures are generally in the mid-to-upper-eighties, or about 26 Celsius. If that sounds hot to you, you'll be relieved to learn the sea temps in this part of the Pacific are around seventy-four (23C) in January. That's chilly enough to need a wetsuit on extended snorkeling excursions, but no worries, because many excursion cruise lines will have one for you to use.

Cruise lines that can get you to the Galapagos in style are Celebrity Cruises, Lindblad-National Geographic, Silversea, and Hurtigruten.

Read More: Just Back from Lindblad Expeditions in the Galapagos

If Europe in January is Your Must-Do Cruise, Try the Canary Islands

These islands are technically closer to the continent of Africa than to Europe, but they are part of Spain. There are multiple cruise ports among these islands off the coast of Morocco, including Santa Cruz, Arrecife, and Las Palmas, all with plenty of warm-weather things to do.

Cruises in the area often include ports in mainland Portugal and Spain as well, rounding out your visit to Europe. Typical activities include hiking, sightseeing, shopping, winery tours, plus water activities like boating and marine life watching.

The average daytime air temperature throughout most of the Canary Islands in January is a comfortable seventy-five degrees (24C), with water temperatures to match. To put that into perspective, January temperatures in the Greek Islands of the Mediterranean average a chilly fifty-seven, or just under 14 degrees Celsius. If you crave warmth this time of year, choose the Canary Islands for your European escape.