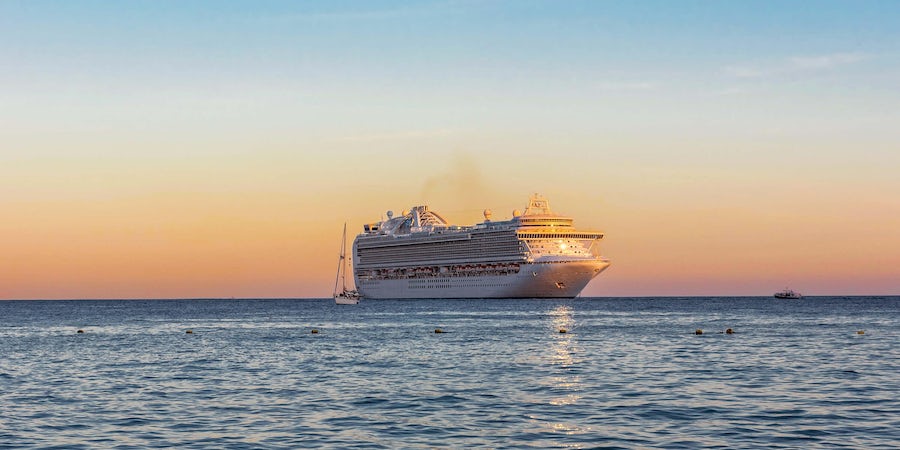 Every year, Cruise Critic's editorial team gazes deeply into their crystal ball to extract the latest cruise travel trends for the following year.

This year, however, is a little different. Following the unprecedented shutdown of cruise and travel due to the global health pandemic, and the equally unprecedented return to operations in 2021 and early 2022, the cruise travel landscape has emerged forever changed.

Travelers are booking cruises differently than they had in the past. They're sailing to different destinations at different times of year. They're looking into different ships and different cruise lines as bucket-list travel and multigenerational travel start to become more popular than ever before.

Over the past few years, we've seen several cruise lines launch small ships that look -- and feel -- far more like personal yachts than cruise ships. These ships have a luxury approach that emphasizes personalized spaces and service, and its proving to be a hit with cruisers. (In fact, Emerald Azzurra, which launched in 2022, was just named Best New Luxury Ship in Cruise Critic's annual Editors' Picks awards.)

With more cruise yachts on the horizon from companies like Scenic, Emerald and Four Seasons -- the latter of which will have a spectacular suite inset into the ship's funnel -- we expect some luxury cruise lines to move into the yacht space as well.

It's not just yachts, either: expedition cruises are red hot. Formerly lumped into a niche category of travel, people are spending big on bucket-list trips to destinations perfectly suited by expedition vessels of all shapes and sizes, from the Arctic and Antarctic to Alaska, South and Central America, and Iceland, Greenland and Canada.

River cruising exploded in a big way a little over a decade ago; we feel 2023 will be the year of the small ship.

The Timely Resurgence of the Last-Minute Deal

Conventional cruise wisdom says the sooner you book a cruise, the better the fare you'll secure. And although there is still some truth to this mantra, the early bird doesn't always get the deal. Last minute deals are becoming increasingly frequent and increasingly enticing, as evidenced by Cruise Critic's deal tracker tool.

And it's not just mainstream cruise lines; river, luxury and even expedition itineraries are offering incentives and perks more frequently than ever -- and often for close-to-departure sailings.

Deals are also being offered more frequently than in past years, with perks that can add thousands of dollars of value to you cruise -- just check out these "Wave Season" offers to see what we mean.

While booking further out might net you that cabin you want, those with flexibility can save a bundle by simply sitting back and waiting before they book.

Cruising Closer to Home Is All The Rage

One positive to come from the pandemic is people discovering their own backyard. No flying, no changing currency (for the most part) and the opportunity to discover parts of your own country you never even knew existed.

Pin part of this trend on the airline industry in North America and abroad, which has seen unprecedented delays, mass cancellations and shutdowns in 2022, from a summer that saw airports and airlines critically understaffed, to a winter mired in record-breaking storms and frigid temperatures across much of North America, the UK and Europe. No one wants to be stuck on a plane for 11 hours, lose their luggage, or be stranded in a city that isn't their own for days on end.

Just ask us: throughout the year, Cruise Critic's editorial team found itself stuck in Vancouver, Toronto, Miami, Dallas, Quito, and other airports around the globe. We lost luggage so often we wrote a story about why Apple AirTags are your must-have purchase this season, and repeated flight delays, cancellations and diversions had us mulling over the nine best reasons to consider a drive-to cruise.

Don't live near a port? The train might be your reliable-if-slow friend these days. Either way, we know this: domestic and close-to-home cruising is here to stay.

By contrast, cruisers are booking longer and farther cruises as two years of staying at home had made people realize time is short to tick off those bucket list destinations. That's resulted in an uptick of sales across the board, with nearly every cruise line reporting record booking events over the past year.

And let's be clear: We're not just talking about World Cruises here. Folks who might have normally only considered a three or four-day cruise are now booking weeklong sailings. Folks who have stuck to weeklong sailings are booking multiweek cruises. We ran into more than one couple on cruises to Alaska, the Mediterranean and our transatlantic crossings this year who were planning on spending a month -- or more -- onboard the same ship.

Let's face it, no one wants to be told how to dress anymore. Even luxury lines like Seabourn are beginning to relax their dress codes to mimic reality, with jeans being allowed in all restaurants on non-formal nights. (What does a term like "country club casual" mean these days, anyway?)

While all mainstream lines have largely dropped strict dress requirements, Virgin Voyages has been leading the way by promoting a come-as-you-are mentality, no matter what night it is. Even Cunard Line -- long known for its formal evening dress codes -- relaxed this noticeably on our transatlantic crossing this year.

And let's be clear: you can still bring all the 'fits. We find it's more fun to people watch when everyone is showing their flair, instead of fitting a mold.

Cruise lines have been touting their sustainability efforts on their ships for the past five years. What's new is that we're seeing more lines offer excursions and tours that focus on sustainability on land. Oceania, for example, has a class of tours in Europe that are specifically focused on green initiatives. We tried this out in Tallin this summer, eating lunch at a completely organic and sustainable restaurant outside the touristy Old Town.

MSC is also investing big in environmental conservation on its private island, Ocean Cay Marine Reserve. Coming soon to the Bahamian paradise: A conservation center where guests can view the ongoing scientific research that the cruise line is funding into developing "super coral" that can withstand higher ocean temperatures.

Cruise ships have a somewhat deserved reputation as places to indulge in endless alcoholic beverages (hey, you're not driving so why not cut loose?) But with the rise of cleanses such as Dry January or simply people choosing a sober lifestyle, mocktails are coming into their own. It's completely possible now on many mainstream lines, such as Royal Caribbean, Carnival and Norwegian, to enjoy delicious craft drinks with exotic ingredients, hold the booze. Juice bars, too, have gone from being a fringe offering in the healthy café to earning a spot at the main buffets.

Cabaret Style Entertainment on the Rise

Dinner and a show is the tried-and-true cruise ship night out. But we're finding that's changing, not just on the small ship lines that didn't always have the space for big shows. Mega-ships are also de-emphasizing one-size-fits-all big shows, in favor of smaller venues with more intimate acts. The revitalization of Celebrity Cruises' Eden is a harbinger of this trend, but we have seen cabaret shows also rise in prominence on MSC Evo-class ships Seashore and Seascape, as well as on Virgin Voyages, where drag shows in the nightclub are a hotter ticket than the main theater.

Better Shipboard Internet than Ever

Full disclosure, we say it every year: Onboard internet will be better. And for the most part, we've been right. Internet has been getting better every year. But 2023 will see it improve by leaps and bounds, in part because of new partnerships with Elon Musk's Starlink satellite internet. A number of cruise lines have already signed up for the SpaceX service, including Royal Caribbean, Celebrity, Silversea and Hurtigruten.

Expect more cruise lines to sign up, as cruisers increasingly want to stay connected onboard, even in notoriously difficult places like Antarctica and Alaska.