You may also like
Dismiss
Which Cruise Can You Book for $300 a Day?
10 Ways to Cruise When You're Totally Broke
Best Budget River Cruise Lines
Best Months to Cruise the Caribbean
Best Months to Cruise the Mediterranean
The Beach Club at Bimini: What You Can Expect From Virgin Voyages' Private Experience Ashore
How to Save Money on a Disney Cruise
7 Ways for Seniors to Save on a Cruise
How to Save Money on a Carnival Cruise
What Are Carnival's Early Saver Cruise Deals? 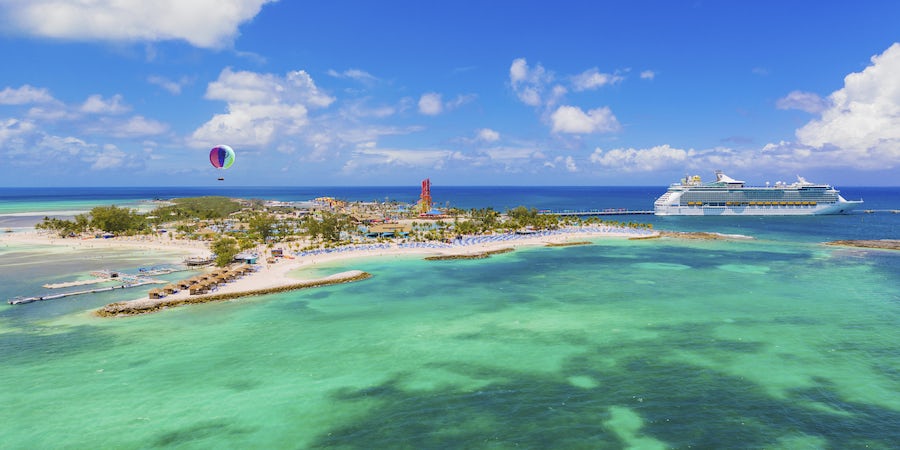 Bahamas Cruise Deals: A Guide to Scoring the Best Cruise for You

Finding the perfect Bahamas cruise deals means your winter might include hammock time under a swaying palm tree on a tropical island. Can we count you in? Bahamas cruises are some of the best cruise deals in the world, but if you can snag one at a price that's lower than the norm, it becomes a real deal. At Cruise Critic, we want you to have the best possible shot at those deals, so we've done some of the research for you. We've checked the Black Friday and Cyber Monday cruise deals, the off-season deals and everything in between. We checked the budget cruise lines as well as the not-so-budget cruise lines. Here’s what we found.

The most common lengths for Bahamas cruises are three, four, or five nights. They leave from all Florida ports, including Miami, Fort Lauderdale, Tampa, Port Canaveral, and Jacksonville. Also look for longer Bahamas cruises from ports like Bayonne, New Jersey and sometimes Galveston, Mobile, Baltimore and Charleston, South Carolina. The top cruise lines sailing to the Bahamas include Carnival, Royal Caribbean, MSC Cruises and Norwegian Cruise Line, but don’t rule out deals on Celebrity and Holland America, both of which shocked us with low fares on Bahamas cruises. Virgin Voyages and Disney fares won’t be shockingly low, but there are deals to be had.

What Kind of Bahamas Cruise Deals Can You Expect to Find?

To help you figure out whether a Bahamas cruise deal is a deal or not, we've crunched the numbers and found the following baselines. Inside cabins on cruises to the Bahamas often go as low as $30 per person per night, but any inside stateroom near the $40 mark is a deal. For oceanview rooms that have a window but no balcony, look in the $70 per person per night range. Deals on balcony cabins on Bahamas cruises consist of any room under $100 per night, but don’t be surprised to find lots of options under $90 per night. We found suites under $200 per night, but if you can get a suite for $250, consider it a deal.

Disney Bahamas cruise deals are in a class of their own. Consider any category stateroom below $200 per person per night a deal, because average fares are twice that. Virgin Voyages is another outlier in the industry. Check out the Fire and Sunsets Soiree four-night cruises to Bimini, sometimes priced as low as $150 per "sailor" per night for a Bahamas cruise deal outside the normal routine.

The best Bahamas cruise deals have onboard credit added, free room upgrades, or discounts on third and fourth persons in the cabin. If you aren't locked into a specific cruise line, shop for not only the best fare, but the best add-on perks.

The best times to shop for Bahamas cruise deals are the dates surrounding Black Friday and again between January and March. The easy way to remember these sales each year is to follow your instincts. When it turns cold outside, start shopping for a cruise to the Bahamas.

And as tempting as it is to cruise to the Bahamas during the winter holidays, you can expect to pay considerably more than the off-season fares. But definitely look for deals that don’t include the actual holidays. For example, we found a 4-night sailing on Carnival Liberty leaving Port Canaveral on December 18, 2023, with deals across all categories. The next sailing, which includes Christmas Day, has fares that are almost double the previous weeks.

Compared head-to-head, we found that Bahamas cruise deals are enhanced by three things:

Private islands tend to save you money because they give you easy access to the ocean, the beach, and food for free for the entire time the ship is in port. Sure, you can spend money on these islands, but you don’t have to in order to enjoy the day. Package deals are a definite win if you plan to drink and dine outside of the complimentary options, especially when purchased in advance, or using onboard credit. The third thing is choosing a ship with onboard attractions that match your expectations and your activity plan. If you are looking for peace and quiet, a great spa, and lots of kid-free space, book accordingly within the parameters of your budget to get the most bang for your buck. If your kids crave roller coasters, splash pads, and slides both onboard and in port, your deal is not a deal unless your ship has those things.

How to Snag the Best Bahamas Cruise Deals: Tips for Beginners

The basics for making sure you get the best deal on a Bahamas cruise are simple, even if you've never been on a cruise before.

When you're ready to up your deals game, here are the expert tips we have for Bahamas cruise deals.