You may also like
Dismiss
What to Expect on a Cruise: Drink Packages on Cruises
Carnival VIFP (Very Important Fun Person) Cruise Loyalty Program
5 Things You Didn't Know About Booking a Costco Cruise
Cruise Costs: Is Carnival Good Value for Money?
AARP Cruises: Discounts on Travel for Seniors (and Everyone Else)
Compare: 6 Best Cruise Ships in the Bahamas
How to Save Money on a Disney Cruise
How to Save Money on a Carnival Cruise
How to Find a Great Deal on Cruise Critic With One Easy Tool
Carnival Cruise FAQ 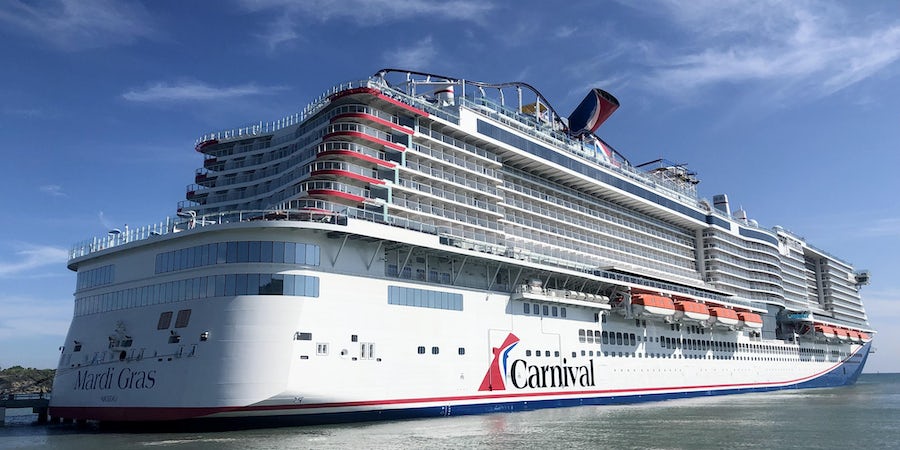 Carnival Cruise Deals: A Guide to Scoring the Best Cruise for You

Carnival cruise deals are easy to find and generally straightforward, but you do need to know when to look and how to compare them to make sure you are actually getting a deal. All cruise lines have ways of making you think you're getting the best cruise deal all the time. It takes a little inside knowledge and (ugh!) even a little math to feel confident your Carnival deal is the real thing. Once you've got the basics down, uncovering the deals becomes fun and easy.

To help you learn the ropes, Cruise Critic did some deep digging for you. We've done the math and spent hours sifting through Carnival cruise deals looking for the nuggets -- including calculating what kinds of things can make or break your deal. Shopping for Carnival cruise deals is (as it should be) fun, so let's get started.

What Kind of Carnival Cruise Deals Can You Expect to Find?

Carnival tops its deals with reduced deposits, onboard credit, and room upgrades. Those can really add up when you factor them into the deal. Carnival also promotes zero-down and zero-percent financing through Uplift, which can save credit card interest if you are paying for your cruise over time. Carnival makes it super easy to search their site for deals, often with a red alert at the top of the page and by clicking on "Cruise Deals" under the main "Plan" tab in the header. The secret sauce with Carnival is always to be logged in with your Very Important Fun Person (VIFP) Club account, which you can sign up for free before you even book your first cruise.

When it comes to the best time to shop for Carnival cruises, the best deals happen just before demand for cruises to warm sunny destinations heats up. In other words, shop for Carnival deals between November and March. If you can stand the wait, Black Friday and Cyber Monday deals often push fares a little lower with added bonuses like higher onboard credit to enhance your cruise.

When is it cheapest to cruise with Carnival? It depends on the destination, but in The Bahamas, Caribbean, and Mexico, the hottest deals are typically for cruises in January, February, September, and October. In Alaska, look for deals on cruises sailing in May and September.

Deciding whether drink packages are a deal for you depends on your consumption habits. If you usually drink a soda or two a day, it's tempting to buy the soda package, to simplify things. But you could save money because under Carnival's policies, you can bring up to twelve cans of soda onboard on embarkation day. If, however, you also plan to drink a few alcoholic beverages per day, the Cheers drink package would include the sodas and cover the cost of beer, glasses of wine, and cocktails (up to $20 menu price). The combo definitely makes it a deal for some people.

The advice we have would be to buy the package pre-cruise at a 10% discount. Carnival also offers a 15% discount for pre-purchasing Wi-Fi, making that a definite deal if you plan to be online during your cruise.

For casino lovers, the deals are abundant, and come from several sources. Some land-based casinos offer comped Carnival cruises. These are typically for interior cabins for two people. Taxes and port fees are not included, and upgrade fees will apply if you want anything other than an interior room. Carnival also directly offers casino players discounted and comped cruise fares, often with bonus free play and free drinks for the player and a guest. These offers are made available to those who have recently played onboard a Carnival ship, as well as through the Players Club Fun Match program, and include a wide range of cabin categories.

How to Snag the Best Carnival Cruise Deals: Tips for Beginners

Signing up for Carnival's email promotions is the best way to never miss out on a Carnival cruise deal. Here are some other basics to make sure you are always getting the best deal possible.