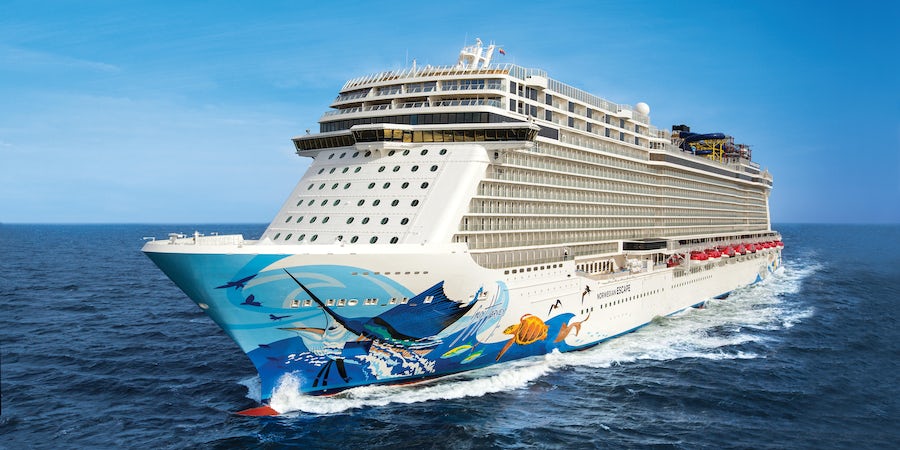 Finding a good deal on a Norwegian Cruise Line (NCL) cruise can be tricky, but it's not impossible. Just because a cruise fare says "deal" doesn't mean it's the best price out there - in fact, it often takes a lot of digging and quite a bit of math to unearth the real deals. Although it may be difficult to find deals at first, once you know where and when to look, it becomes much easier.

Cruise Critic did the hard work for you. We checked NCL deals on Alaska, Hawaii, and beyond to help you discover the best deals available. Here's everything you need to know.

What Kind of NCL Deals Can You Expect to Find?

Norwegian also runs popular 50% off fares, free or reduced fares for third and fourth guest offers, and even buy-one-get-one airfares when you book air through the cruise line. These offers are usually time restrictive but are especially useful for families looking to share a stateroom.

The best NCL cruise deals come out during the months of January, February, and March, when everyone is longing for a sunny and warm getaway. Other than those three months, watch for Black Friday and Cyber Monday cruise deals.

But what seasons are the cheapest for cruising? It depends on your destination, but overall prices for most NCL sailings rise from around Spring Break through mid-summer before dropping just as school starts. Fares rise again for holiday cruises, even though there are often amazing deals between Thanksgiving and the middle of December.

Norwegian Cruise Line is known for their Free at Sea deals -- a type of offer in which you get a set number of perks included with the cost of your cruise, including drinks (both alcoholic and non), specialty dining, internet access, and even shore excursions. You'll still be responsible for gratuities on the beverage package and specialty dining, and all the available perks have pre-set limits, but Free at Sea, when coupled with the best possible fares, can save you a lot of money if the perks are things you would normally pay for.

If you don't use Wi-Fi, are a light drinker, and don't plan to eat in specialty dining venues, you can opt out of all the Free at Sea perks at once by shopping for a "Sailaway" cabin option. A limited number of these are offered on every sailing and may not be a choice on every stateroom category, but it's basically a cruise-only fare without the extras -- lowering your cruise fare. If you simply don't want the beverage package perk or the specialty dining perk, you have the option to uncheck them during the booking process. That removes the associated gratuities from your account.

For those who enjoy the onboard casino, NCL has a casino loyalty program that rewards players with stateroom discounts, free drinks in the casino, shore excursions, and even free cruises. All you need to do to get started is sign up with the casino host onboard. Norwegian's Casinos at Sea program also offers selected perks while cruising onboard partner cruise lines Oceania and Regent Seven Seas.

How to get the best Norwegian Cruise Line Deals: Tips for Beginners

These tips are essential if you're looking for an NCL cruise deal:

● The newer the cruise ship, generally, the more expensive it is overall, from fare prices to drinks or specialty restaurants.

● Cruises during Christmas and New Years are expensive, but the weeks surrounding those holidays usually have cheaper rates. To get the best holiday deals on a cruise, look for sailings that end before December 23 or start January 2 or later.

● Norwegian's frequent cruiser's loyalty program, Latitudes, offers discounts onboard, as well as insider deals and members-only pricing. You are enrolled upon completing your first NCL cruise.

● Make sure you get every discount available to you, including senior and military discounts.

● If NCL is on your cruise radar, sign up for their promotions emails.

● Norwegian offers a stateroom category called Club Balcony Suite. These are larger than average balconies and come with a few bonus perks. If you are planning to book a balcony cabin, always check pricing for this choice too. In some cases, the Club Balcony may cost just under $100 more per person than a standard.

● If your itinerary is flexible, compare the port fees and taxes, which can vary dramatically. In Alaska, where port fees can be exceptionally high, we found the fees ranged from $235 to $322 for 7-night cruises.

● Norwegian holds a unique position when it comes to cruises in Hawaii -- it's the only major line allowed to operate cruises that remain within the Hawaiian Islands. Those cruises are a bit pricey, but look for seasonal deals in January, September and October, or early November and early December.

● Some of the best deals we found were NCL's Canary Island cruises, some with balcony cabins for as low as $85 per person per night.

● For warm water cruisers, we found amazing deals on Norwegian's Bermuda/Bahamas combo cruises, with balcony cabins around $89 per person per night.