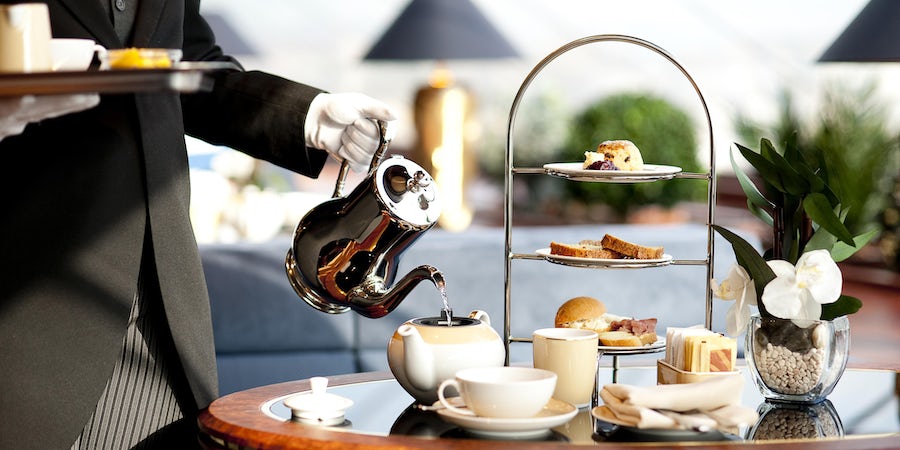 All-Inclusive Cruise Deals: A Guide to Scoring the Best Cruise for You

When most people hear the phrase 'all-inclusive cruise,' they usually think they won't be getting a bill for anything extra at the end of the cruise. But all-inclusive cruising can mean different things to different cruise lines. For example, all-inclusive on some lines might mean that the price of a stateroom includes port fees and taxes, most meals, gratuities, and alcoholic and non-alcoholic beverages. On other lines, all-inclusive goes a step further to include complimentary Wi-Fi, airfare, all specialty dining (rather than only at select venues), crew gratuities, pre-and post-cruise hotel stays, and even shore excursions – pretty much everything but spa and salon treatments and purchases. There are cruise lines that even include transportation from your doorstep to the airport and the reverse upon return as part of their most all-inclusive packages.

Cruise lines with standard fares that always include basics like all non-alcoholic beverages, some alcohol, even if it's only beer and wine with meals, Wi-Fi, some form of tour or transportation in most ports, and most food options onboard include Viking, Seabourn, Silversea, Regent Seven Seas, Scenic, European river cruise lines like AmaWaterways, UniWorld, Tauck, and Emerald, plus U.S. river and coastal lines like American Queen Voyages and American Cruise Lines. UnCruise Adventures falls into the category of all-inclusive expedition cruises, joined by luxury and premium lines that also operate expedition ships. Many of these lines have additional add-ons or fare packages that build in more inclusions -- top shelf alcohol, gratuities, flights, and hotel nights.

Cruise lines with alternative fare packages or select stateroom category perks that allow you to easily create your own all-inclusive cruise onboard a non-inclusive ship include mainstream lines like Celebrity, Norwegian Cruise Line, Royal Caribbean, Princess, and MSC Cruises, as well as premium lines like Windstar, Oceania, Azamara, Cunard, and Virgin Voyages.

Going all-in with this group of cruise lines can be tricky to book. If you aren't careful about the details, marketing phrases or limited time deals can make you think you'll be getting more than what's included in the fare. The other caveat to watch for on mainstream lines is the wide variability between prices, which can fluctuate day-to-day and is based on many factors, including the size and age of the ship. That may mean you can find an all-inclusive deal on one ship on a particular sailing date, but not on similar cruises.

What Kind of All-Inclusive Cruise Deals Can You Expect to Find?

On Regent Seven Seas, all-inclusive fares include port charges and taxes, all meals (even at specialty restaurants), all drinks including wine and liquor, gratuities, Wi-Fi, unlimited excursions, and laundry services. Fares for a 7-night Caribbean sailing in a balcony stateroom (307 square feet) start at $4,999 per person double occupancy without air. That comes down to $454 per person, per night, which is a good baseline fare for an all-inclusive cruise.

We found prices as low as $380 per person, per night for similar accommodation and inclusions on both Viking Cruises and NCL (in The Haven). Celebrity can get you close to those deals with a suite in The Retreat for $430 per person, per night. At the other end of the spectrum, the highest all-inclusive prices for our search were a Star Class suite (673 square feet) on Royal Caribbean's Allure of the Seas, priced at $623 per person, per night, followed by Silversea and Seabourn, both in the mid-$500 range per, person per night. Based on our search, any cruise you find that includes a large balcony cabin with Wi-Fi, beverage packages, most specialty dining, gratuities, and some excursions with a price tag near or below $450 per person per night is a deal.

The cheapest times to take an all-inclusive cruise coincide with shoulder seasons around the globe. That means for all-inclusive Alaska cruises, deals will be in May, September, and October. For the Mediterranean, look for deals in April and October. And check all-inclusive deals for late fall to early spring in the Caribbean.

Add-on costs that increase the price of an all-inclusive deal include airfare, transfers, insurance, and excursions. Sometimes cruise lines will also offer deals with limits on alcoholic beverages, specialty dining, or excursions. Here are a few specifics to watch for that can make or break your all-inclusive deal:

● Maximums on the per-drink cost or limits on specific brands can trip you up and add to your bill when you least expect it. When in doubt, ask the bartender if the drink you want is part of your package.

● Some all-inclusive cruises have add-on airfare packages. If your cruise leaves from a port where you can easily book airfare on your own, price shop the air yourself before you commit. It might save hundreds of dollars.

● Just because the cruise line's website shows happy cruisers in Zodiacs exploring the coast of Alaska does not mean that those trips are part of your cruise fare. Before you book, know which excursions are included, and which cost extra.

● If you are comparing deals on two different cruise lines, make sure you know if either includes the port taxes and fees in the advertised price. Those fees can add up to hundreds, if not thousands of dollars. The same applies to gratuities, which can run as high as $35 per day.

● Cruise lines that include an overnight stay in the fare may be a boost to your deal, but not always. Can you find a room for a lower price? Does the cruise line include transfers from the hotel to the ship if you use their hotel? That might make a difference in the price of your deal, one way or the other.

● Cruising a mainstream line in all-inclusive fashion is a good way to boost your status in the line's loyalty program -- which can earn you perks on future cruises. For example, Royal Caribbean's Star Class suites are all-inclusive AND earn you an extra point per night in the line's Crown and Anchor Club. Reach one of the top three status levels and you start receiving a set number of free drinks per day on future cruises with the line.

Lines that include laundry services (or at least a free launderette) are a boost to your deal because they can save you on checked bag charges.

How to Snag the Best All-Inclusive Cruise deal: Tips for Beginners

● Put your name on the email lists of the cruise lines you are considering so you never miss an opportunity. Include the Cruise Critic deals list too.

● New ships almost always have higher prices, but Viking is an exception, as are lines with fewer ships like Windstar and Azamara. Prices on these fleets tend to be stable across all ships.

● Even all-inclusive cruise prices soar during the winter holidays. If you must cruise during the winter break, look for sailings that don’t include the actual holidays themselves. And shop early: There aren’t usually any last-minute holiday cruise deals.

● Do the math to break down the nightly cost. An all-inclusive 7-night cruise selling for $5,000 per person is $714 per night. If a competing line offers 8 nights for the same price, that's only $625 per night -- almost $90 difference per night per person.

If you're thinking about an all-inclusive cruise, don’t assume it will be more expensive than a similar sailing without the all-you-can-eat-and-drink fare. Oftentimes, it is not. Here are a few other secrets you might not know about all-inclusive cruise deals:

● You aren't locked into expensive suites in order to get all-inclusive fares. Azamara and Oceania both have interior staterooms that can save you a bundle on a premium all-inclusive (or mostly inclusive) cruise. We found a 10-night Greek island cruise in an interior stateroom with Oceania's O-Life add-on package that includes airfare, some excursions, and onboard credit for around $400 per person, per night. That's a deal.

● On itineraries where excursions are expensive or the only way you can adequately explore the ports, you may save money with an all-inclusive cruise. Alaska cruises are a good example. Cruises there that include some or all of your excursions can save you money.

● Caribbean cruises on luxury lines with all-inclusive fares are often lower in that region than anywhere else in the world. If your dream is to try a luxury all-inclusive ship but you aren't particularly picky about the destination, find a Caribbean itinerary for the best deal.