You may also like
Dismiss
Differences Between Luxury Cruise Lines
Windstar Yachts vs. Windstar Sailing Ships
Top Lines for a Casual Luxury Cruise
5 Things You Didn’t Know About Windstar
5 Things You Didn’t Know About South Australia Cruises
Best Shore Excursions in 30 South Pacific Ports
Taster Cruises: What They Are and Where to Take Them
The Most Exciting Ship Launches in 2020
Most Amazing Cruise Sunset Photos
Best New Itineraries on Small Ships in 2021-2022 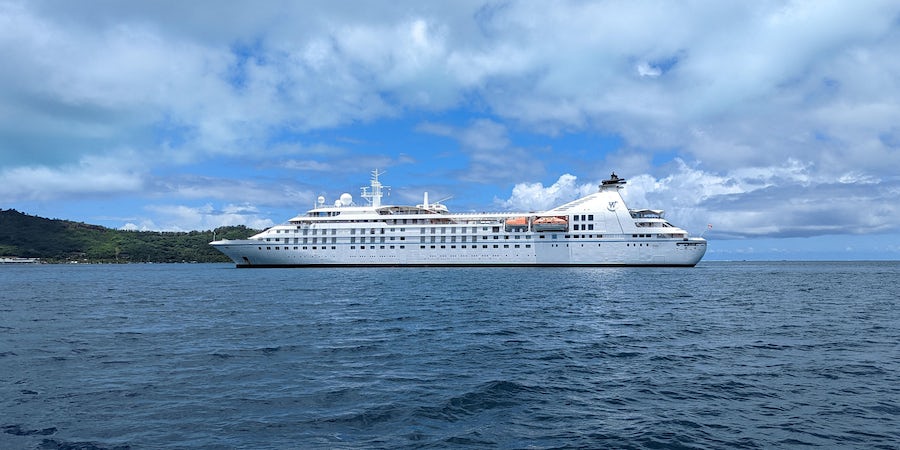 Tips for Picking a Cruise to Tahiti

In 2022, Windstar Cruises celebrated its 35th anniversary of sailing in French Polynesia, making it the longest operator of any cruise line in the region that is a bucket-list destination for honeymooners and retirees alike. Windstar Tahiti cruises operate year-round.

The company's 148-passenger sailing ship Wind Spirit has been a fixture of Windstar cruises in Tahiti and French Polynesia, and, in 2024, the larger motor vessel Star Breeze will make the region its permanent home, with stops in incredible ports like Morea, Bora Bora and Raiatea.

In French Polynesia, where it's always warm and pleasant, cruising is the ideal way to get the most out of your visit, as ships stop in multiple ports, giving guests a spectacular chance to see what makes the region so vibrant and rich.

While Windstar has been dedicated to the region for 35 years, it's not the only cruise line that visits French Polynesia. Options abound, from mega-cruise ships loaded with onboard activities to small ships that focus on your time ashore as much as they do on your time aboard.

Two small-ship cruise lines -- Windstar and Paul Gauguin -- have long histories of deploying ships to French Polynesia year-round. For Paul Gauguin, that ship is the only one in its fleet: Paul Gauguin. For Windstar, that has been Wind Spirit, but that's going to change in 2024, when Star Breeze calls on the region permanently.

Wind Spirit: Wind Spirit is a modern sailing ship, with giant white sails that tower over this vessel's teak deck. Lights line the masts, making it pretty stunning from the exterior, day or night. This 148-passenger ship offers an intimate experience with plenty of emphasis on the outdoors. While the ship still has engines and traditional propulsion motors, the line endeavors to run under sail as much as itineraries allow.

Star Breeze: The 312-guest Star Breeze underwent a massive refurbishment in 2020, when it was "stretched" -- an industry term that essentially means a ship was cut in half and a new section was added to create additional public spaces and cabins. As a result, the ship feels mostly new. The yacht-like Star Breeze offers a marina for guests to use while the ship is anchored, offering water toys like a trampoline and kayaks.

Paul Gauguin: With 322 passengers, the 1997-built Paul Gauguin is perfectly sized to be sailing around French Polynesia and its motus. Fully refurbished in 2021, the ship feels fresh. It offers a marina for use when the ship is anchored, and its famous Motu Mondays are a hit with guests, who love visiting the tiny islands and beautiful beaches.

Similarities Between Paul Gauguin and Windstar: Paul Gauguin and Star Breeze are similar in passenger capacity, and all three ships fall squarely into the "small-ship category." It means they can access even the tiniest spots in French Polynesia, often by tender boat.

Dining is top-notch on both cruise lines, which place an emphasis on fresh, local ingredients, with menus that offer regional specialties.

These vessels are built for guests to enjoy outdoor space, with both Star Breeze and Paul Gauguin offering marinas. Additionally, the cruise lines both offer beach parties at exclusive motus, a highlight on any itinerary that combines a beach barbecue with music and entertainment.

Paul Gauguin is also more inclusive than Windstar: Guests get complimentary beverages, free Wi-Fi, and included gratuities on Paul Gauguin; Windstar doesn't include these. Consequently, fares are higher for a Paul Gauguin cruise by about $200 per person per day.

On Paul Gauguin, a group of local Tahitians, dubbed Les Gauguin and Les Gauguines, serve as onboard hosts, who also entertain guests with singing, dancing and storytelling. This wonderful group is onboard and ashore in every port, and they bring a flavor of French Polynesia to the ship that enhances the cruise in innumerable ways.

Variety Cruises is a Newcomer to French Polynesia Year-Round

Small-ship cruise operator Variety deployed its Panorama II to French Polynesia in 2022, and the ship will remain there full time through the end of 2023, sailing roundtrip itineraries from Papeete. The Greek-based company specializes in intimate cruises in the Mediterranean on motor and sailing vessels. Panorama II is a 49-passenger, 498-gross-ton sailing vessel built in 2004.

The ship offers a swim platform, and the ship carries kayaks, snorkeling equipment and standup paddleboards for guests to use. Cabins are small, ranging from 97 square feet to 140 square feet, which is typical of sailing yachts. The ship offers a restaurant and a lounge, as well as a special barbecue.

Food, nonalcoholic beverages and fishing and snorkeling equipment are included in the cost of the fare, but you'll pay extra for excursions, tips, Wi-Fi and alcoholic beverages. Pricing is similar to the fares you'd pay on Windstar.

The cruise line tends to draw heavily on the European market, so there's an international flair onboard.

While Windstar and Paul Gauguin are the only cruise lines to dedicate ships to French Polynesia year-round, and number of other companies have ships that make visits to the region. These ships range from top-end luxury lines to expedition ships.

Among those calling irregularly on ports in French Polynesia are:

Azamara: Azamara offers a cruise to New Zealand, starting in Papeete and including Bora Bora.

Lindblad Expeditions: Expedition line Lindblad offers a variety of French Polynesia cruises, including shorter Tahiti-to-Bora-Bora-itineraries as well as longer trips that include Fiji or Easter Island.

Where Do Small Cruise Ships Visit in French Polynesia?

The advantage of small ship cruising is that these vessels can get you into and out of some of the smallest destinations in the world. On seeing Star Breeze anchored off of Bora Bora, a local guide told us, "That's the perfect size for our perfect island."

Common stops include Papeete, Bora Bora, Huahine/Taha'a, Raiatea and Moorea. Other ports include Hiva Oa Island, the Austral Islands, Makatea Island, Gambier, Fakarava Atoll, Rangiroa Atoll, Ua Pou Island and Fatu Hiva Island. Each spot has a distinctive feel, but they're tied together by the history and culture of French Polynesia and its people. Most will require you to take a tender boat or Zodiac from your ship to the shore, though the journey could be a short one.

If you're more a fan of bigger ships loaded with all sorts of restaurants, bars and activities, you'll have plenty of options in French Polynesia. Large cruise ships often include stops to the South Pacific on broader itineraries.

Typically, the cost of sailing on a larger ship is less than what you'd pay on a luxury or expedition ship, with pricing as low as around $125 per person per day. Be warned, though, that they're not as inclusive, so you'll pay extra for virtually everything, from soft drinks to Wi-Fi and gratuities.

Celebrity Cruises: Celebrity offers French Polynesia on long journeys to or from Australia.

Holland America Line: HAL combines French Polynesia and Hawaiian itineraries to make up a longer cruise, roundtrip from the U.S.

Norwegian Cruise Line: NCL has a large variety of South Pacific cruises. It offers Papeete-to-Papeete sailings as well as itineraries that include Hawaii and French Polynesia.

Princess Cruises: With perhaps the strongest commitment among the big cruise lines to the region, Princess' French Polynesia sailings include long crossings between North America and Australia, and roundtrip journeys from Australia, some of which add a visit to Hawaii,

Where Do Big Cruise Ships Visit in French Polynesia

Because French Polynesia is often only a stop on longer itineraries for big ships, and because the lagoons that surround many of the small islands in the region aren't as accessible to larger vessels, these ships tend to stick with the more popular, bigger islands.

Common destinations include Papeete, Moorea, Raiatea, Bora Bora and Huahine. Other stops might include Taiohae and Fakarava.