You may also like
Dismiss
Demystifying the Myths of Norovirus
Cruise Ship Doctors and Medical Facilities Onboard
If You Get Sick on a Cruise: What to Expect
Zika: What Cruisers Need to Know
5 Reasons You Should Worry Less About Norovirus on Your Cruise
Can I Cruise While Pregnant? What You Need to Know
Best Travel Medicine Kits for a Cruise and What to Put in Them
23 Things Cruisers Love to Complain About
Onboard Health and Safety Essentials to Pack for Your Next Cruise
Why Does The CDC Have So Much Power Over The Cruise Industry? 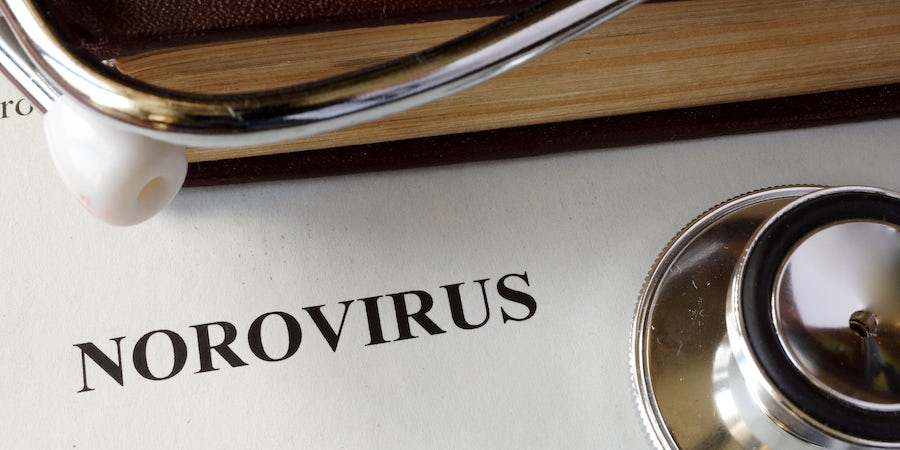 Norovirus: What You Need to Know (Photo: designer491/Shutterstock.com)

Norovirus: What You Need to Know

With cruise ship "outbreaks" regularly appearing in the news, awareness of Norovirus -- an extremely common and highly contagious virus that causes gastroenteritis -- has been significantly raised.

But before you reconsider that long-awaited cruise vacation because of gloom-and-doom reports on television and in your daily paper, know these facts:

Here's everything you need to know about Norovirus -- and how to avoid getting sick on your next cruise vacation.

What is Norovirus and how is it spread?

Norovirus is named after an outbreak that occurred in Norwalk, Ohio, in the late 1960s. According to the Centers for Disease Control and Prevention's Vessel Sanitation Program, "Noroviruses are a group of viruses (previously known as Norwalk-like viruses) that can affect the stomach and intestines. These viruses can cause people to have gastroenteritis, an inflammation of the stomach and the large intestines. Gastroenteritis is sometimes called a calicivirus infection or food poisoning, even though it may not always be related to food."

Though Norovirus can be passed via contaminated food and water, when it comes to cruise ships it is typically spread through physical contact with ill people or surfaces/objects they may have touched. This includes shaking hands, caring for a sick friend or family member, sharing food or eating from the same utensils, and not washing hands after using the bathroom or changing diapers (the highly transmittable fecal-oral spread).

Bottom line? For the most part, Norovirus outbreaks are the results of passengers setting sail sick ... and passing it around.

Though generally moderate, symptoms are often flu-like (in fact, Norovirus is often called the "stomach flu," even though it is not related to influenza). Symptoms include nausea, vomiting, diarrhea and abdominal cramps; children often vomit more than adults. A low-grade fever and headache are also possible.

What preventative measures should I take to avoid coming down with Norovirus?

First and foremost, wash your hands often with hot water and soap; the CDC recommends hitting the sink before and after eating and smoking, after touching your face, after using the restroom, and whenever your hands are dirty. Limit person-to-person contact as much as possible (we're not saying you absolutely must refuse the captain a handshake at his cocktail party ... just use your judgment throughout the cruise).

Cruise Critic members advise packing extra soap, a supply of Lysol and a bottle of Pepto-Bismol (just in case). Beyond that, avoid uncooked food as much as possible. Stick to bottled water, and don't share drinking glasses and eating utensils.

What happens if I come down with Norovirus while on a cruise ship?

If you feel ill from Norovirus while on a cruise ship, visit the ship's doctor. Additionally, be sure to drink plenty of water, as dehydration is a common side-effect. If passengers report symptoms, they are typically quarantined to their cabins to prevent spreading the illness to others -- not an ideal situation, but necessary.

How long will it take me to recover?

Once you have been exposed to Norovirus, it takes anywhere from one to three days for its symptoms to appear. Symptoms typically last only 24 to 48 hours but keep up the good hygiene for longer; people may be contagious for as long as two weeks after recovery.

Why do I only hear about Norovirus outbreaks on cruise ships?

Norovirus has been a particular problem of late for cruise ships because passengers and crew typically occupy close -- and closed-in -- quarters, such as casinos, theaters and banquet-style dining rooms. However, Norovirus has been known to close schools, attack college dormitories and even infect a Hollywood Academy Awards party.

According to a spokesman at the CDC, "The reason you hear about Norovirus on cruise ships is because they are required to report ... gastrointestinal illness. Nowhere else in the public health system of the United States is Norovirus a reportable illness. Norovirus is not a 'cruise ship' illness, but an illness commonly seen in many settings throughout the United States."

What do cruise lines do to halt the spread of Norovirus?

Typically, when there's a significant outbreak of Norovirus or a similar illness (the CDC requires cruise lines to immediately file a report when more than 2 percent of passengers report symptoms), crewmembers clean even more thoroughly than usual -- with stronger solvents. Buffet service often switches from "help yourself" to manned stations. You may see salt and pepper shakers disappear from tables.

Beyond that, crewmembers distribute information to passengers onboard offering precautionary tips, as well as a heads-up memo at embarkation to travelers boarding a ship that had previously seen a high percentage of illness. And, as mentioned above, passengers who report symptoms may be quarantined to their cabins.

There are also behind-the-scenes procedures that cruise lines must follow. For instance, medical officers are required to maintain illness incident counts for each voyage that involves a stop at an American port. They are also required to communicate to the CDC, within 24 hours of arrival at a U.S. port, "the number of passengers and crew members who reported diarrhea to the ship's medical staff" during that voyage.

In serious cases where outbreaks cannot be contained, cruise lines might actually pull a ship out of service for a few days so it can undergo a more thorough sanitization. These enhanced cleanings are generally coordinated with the CDC.

Is Norovirus more likely to break out on an unclean ship?

No. The Vessel Sanitation Program monitors vessel cleanliness, and there is no correlation between scores received and outbreaks of gastrointestinal illness. The twice-yearly exam is notoriously thorough and challenging, with scores of 85 or below considered failing.

What exactly is the CDC, and how is it involved?

The CDC operates under the authority of the U.S. Public Health Service Act; its mission is to prevent the introduction and spread of communicable diseases in the U.S. More specifically, it runs the Vessel Sanitation Program, which monitors illness outbreaks on ships carrying more than 13 passengers.

Twenty-four hours prior to arrival at a U.S. port from a foreign port, vessels must report to the CDC the number of passengers and crew onboard, and the number of passengers and crew who have reported to the ship's medical staff with a gastrointestinal illness -- even if that number is zero. Therefore, the CDC has reports from every cruise vessel, on just about every cruise, even if there was no illness. If at any time during the cruise the number of ill passengers or crew exceeds 2 percent, the vessel must file a special report notifying CDC of the illness. Almost all of these reports are generated electronically.

Am I entitled to compensation from the cruise line if I get Norovirus while on a voyage?

For example, travelers booked on a voyage of Carnival Liberty that was shortened for a two-day cleaning were offered the chance to sail with a 50 percent refund and 50 percent future cruise credit, or cancel for a full refund and reimbursement of airline change fees. Royal Caribbean offered a full refund to passengers on an Oasis of the Seas sailing that returned to its homeport early due to a Norovirus outbreak onboard.

Be sure to read your contract -- on the back of your cruise documents or ticket -- very carefully. Each line has specific rules regarding compensation.

Will travel insurance cover me in case I want to cancel because of fear of illness?

Your travel insurance will not cover cancellations due to the fear of illness, but it will cover you if you cancel because you got sick before you went or are stricken onboard. Specifically, it could also pick up medical expenses and/or compensate you for days you missed if you left the ship before the end of the cruise. Since policies vary between travel insurers, read the fine print before you go.

If you are still concerned or have more questions, read Cruise Critic's Demystifying the Myths of Norovirus and 5 Reasons You Should Worry Less About Norovirus on Your Cruise.