You may also like
Dismiss
Disney Cruise Line History
Cruise Supplies: The Longest Shopping List in Australia
Live From A Disney Wonder Cruise From New Orleans to the Western Caribbean: Just What Mickey Ordered
Just Back from Disney Wonder: Disney's Pixie Dust Still Makes Dreams Come True
Live from the Biggest Cruise Ship in the World: First Impressions of Royal Caribbean's New Wonder of the Seas
Live from Emerald Azzurra: First Impressions of the New Line's First Ocean Yacht
How Supply Chain Issues Could Affect Your Next Cruise
What to Expect from Summer 2022 Cruises
Caribbean Cruise Deals: Tips for Getting the Most Bang for Your Buck
6 WOW Moments Aboard the Newest Disney Cruise Ship, Disney Wish 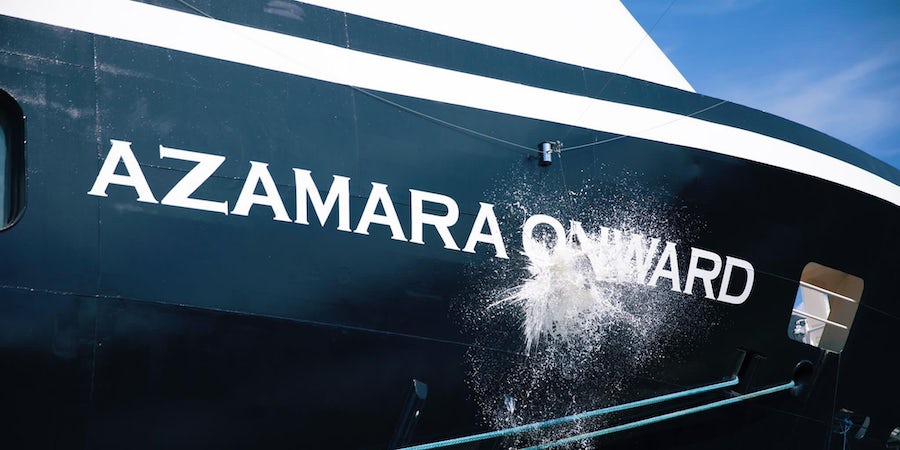 For as long as there have been ships, maiden voyages have held a certain amount of prestige. To be the first paying passenger on a brand-new cruise ship -- one where the beds have never been slept in, and the cutlery has never been used -- is, for many cruisers, a bucket-list event.

In 2022, however, booking the maiden voyage of a new ship comes with some significant pratfalls as the world grapples with the continued fall-out of the global health pandemic, a  supply chain shortage, and skyrocketing costs for everything from fuel to produce.

Here's what you need to know before you decide to be the first out on any new ship.

Your Ship May Not Launch on Time

It's been happening so much that this is almost a given: your ship will probably be delayed due to construction and supply chain logistics, and your voyage may never even make it off the dock.

Even Cruise Critic's editorial staff isn't immune: we've had so many sailings booked, canceled and re-scheduled over the last year we can hardly keep our calendars straight. The latest victim: Viking Mississippi, which saw its media preview cruise in August scrapped at the last minute.

Instead of booking the first available voyage, consider booking a few sailings (or even months) in. You'll still be sailing on a brand-new ship, with all the bragging rights that entails -- but, at least in 2022 and 2023, the chances of you actually sailing increase substantially the further away from the ship's maiden voyage you get.

Cruise lines are getting better at anticipating these delays; Norwegian Cruise Line recently announced it would cancel several voyages aboard its new Norwegian Viva, which is set to debut next summer, to allow for more time at the shipyard.

Things May Not Be Fully Completed When You Board

If your ship does launch on time (or, even if it doesn't, frankly), expect supply chain issues to be a problem. On our Wonder of the Seas sailing in March, the ship's Escape Room was unfinished because supplies never arrived in time, and the evening Ice Skating performances were devoid of all but one prop: a park bench that was the only piece out of several dozen to make it to Miami before the ship left port.

Supply chain issues also caused issues aboard Emerald Cruises' Azzurra: crew were forced to purchase temporary furniture en-masse on credit cards after the furniture pre-ordered for the ship failed to materialize at the shipyard in Vietnam.

Contractors are always famously being chased off the ship as the first passengers are embarking, but in 2022 and 2023, cruisers can expect to see contractors and technical specialists sailing with them, at least on the first few voyages as things like Wi-Fi routers, elevators, and even waterslides are tweaked to ensure they're operating as expected. We saw them working away on our Azamara Onward voyage earlier this year when we saw workers still patching holes and fixing the pool deck; we all brought our own hair dryers because they hadn't arrived yet.

Supply Chain Problems Are Likely to Be Present

Maiden voyages are, in this pandemic era, notorious for being under-provisioned. The ship may be new, but that doesn't mean all the beer, wine, spirits and even vegetables made it onboard before sailing hour arrives.

None of the specialty beers featured on Disney Wish had been loaded on by the time of our inaugural sailing, though the ubiquitous Bud Light was always ready to go. Ditto for Wonder of the Seas, as passengers drank the ship out of its signature Lime and the Coconut drink halfway into the voyage.

Even ships already in service aren't immune to these issues, but they are more exacerbated on a ship that is trying to fully provision for the first time. Don't be surprised if your favorite bottle of wine, beer, or your favorite spirit is just simply unavailable -- it happens, and it's completely out of the cruise line's control.

Go With The Flow: The Inaugural Cruise Way

The best thing to do, on any early-availability voyage, is to simply go with the flow. Understand that, in many ways, even these first revenue voyages are rattling the kinks out of the ship, the crew, and even the passengers as all begin to interact with their new surroundings.

And even if things aren't perfect, you'll still experience the cachet of being on the maiden, or first, voyage, too: generally, crew for inaugural sailings are hand-picked by the line, with the best and brightest staff members tasked with bringing out the line's newest wonder. Pomp and ceremony surrounds these voyages; champagne is uncorked (or smashed against the hull), passengers are bestowed with little commemorative gifts, and the ship is typically welcomed with fireboat salutes and even parades in some ports.

For some people, all the hoopla makes up for the headaches. The more you can roll with the punches, the better your maiden voyage experience will be.