You may also like
Dismiss
CSMART: 15 Cool Things You Didn't Know About Carnival Corp.'s Maritime Crew Training System
Who Owns My Cruise Line? A Guide to Cruise Line Parent Companies
Carnival Cruise Line History
Q&A with Carnival Spirit Captain Vittorio Marchi
Q&A: Carnival Legend Hotel Director, Erik Speekenbrink
What Is the Economic Impact of the Cruise Industry in the United States?
Cruise Critic Members Shout Out a Few of Their Favorite Crew
Weaving 'Herstory': Q&A With the History-Making International Women's Day Cruise's Female Officers on Celebrity Edge
Will I Have to 'Social Distance' on My Next Cruise?
Exclusive: A Time of Transition as Arnold Donald Prepares to Step Down as Carnival Corp. CEO 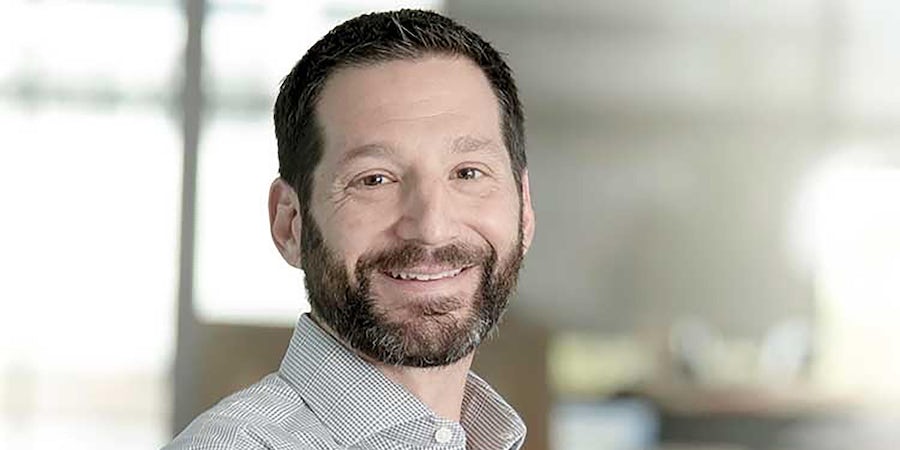 But for Weinstein, Carnival Corp.'s president and CEO since August 1, 2022, it's not just about the numbers. He's a cruise fan and has been from the beginning, when he took his first cruise as a new Carnival Cruise Line employee. That sailing was nearly 20 years ago, when he was working for the company's legal team.

Ask Weinstein about that cruise, and he lights up. You can hear the excitement in his voice as he speaks about that family cruise, when he was finally able to connect what he was doing for Carnival with what it means to the people onboard the company's cruise ship. He calls it a "light bulb" moment, and it continues to shape his decisions and direction even today.

"I remember being on a cruise, experiencing it as a guest, and seeing other guests, and seeing our crew members interact with these folks," Weinstein said. "And we create happiness. That's our job. Our job is to make people happy. It was like an epiphany for me, and as satisfied as I was with being part of a pretty fantastic team, that has been something that's stayed with me for the last 20 years."

In an exclusive interview with Cruise Critic, the first outlet he's spoken with since taking over the CEO job, Weinstein talks about how happiness drives his decision making, what his long-term vision for the company is and why it's so important for each of the company's nine brands to maintain distinct personalities.

Married and the father of three teenagers, Weinstein said he loves cruising for many of the same reasons we all do. It's a convenient way to see the world, requiring packing and unpacking only once, and he loves connecting to the people he sails with. He also talks about how cruising is ideal for group and extended family cruising, allowing everyone to tailor the cruise experience for themselves.

Weinstein, 48, has big shoes to fill. He's at the helm of a company that has seen only three CEOs before him: Founder Ted Arison, his son Micky Arison, who led the company for more than 30 years, and Arnold Donald, a beloved figure who was named CEO in 2013 when Micky Arison stepped down.

When Donald announced in April that he'd be leaving the CEO role this summer, it had industry insiders buzzing. After all, Richard Fain had recently left his position as head of Royal Caribbean Group (replaced by Jason Liberty), and Donald had been a steady hand as the cruise giant worked toward recovery through a pandemic that was harder on the cruise industry than on any other segment of travel.

To outsiders, Weinstein as a replacement for Arnold Donald may have been a bit of a surprise, but for those in the know, it seemed like a no-brainer. Weinstein is a veteran of Carnival Corporation, having started with the company two decades ago as legal counsel. He's had various roles since, including almost a decade as the company's treasurer. He was president of Carnival U.K., leading Cunard and P&O Cruises, for three years before being named chief operating officer. Weinstein took over as COO in June 2020 and is widely credited for helping lead the company through the global health pandemic.

"All of them just approach things differently, think about the world differently," Weinstein said. "Their leadership styles are incredibly different. I think I've gone through a process over my career, and a bit of a learning curve about. ... But I think what's common with all of them is they are so unique, and they're so authentic. Every single one of them, they are who they are, and they don't try to be something that they're not.

Weinstein's approach to leadership is part of the reason the company tapped him for the role and is so confident in his ability to steer Carnival Corporation toward a bright future.

Donald and Weinstein worked closely together over the years, and Donald credits him with being "very bright," praising his transparency and openness.

In an interview with Cruise Critic in May 2022, Donald said of Weinstein, "he's different than me, which is important and good. ... He's going to come at things a little bit differently."

The fact that Weinstein's never held a similar position to his current role doesn't faze him. It's not the first time he's taken on a job for which he didn't have the background experience. He was named treasurer in 2007, and at the time, he had no accounting, finance or economic experience. But he learned, relying on his team to help him learn how he could best support them. He said the same thing happened again when he led the UK team, and when he was named COO.

"Part of the portion of the journey I had is that folks kept putting me into new roles that I had no background in," Weinstein said, adding, "I found myself working with some just incredibly talented folks ... who are just experts in their field and tremendous leaders, and I get to learn from all of them."

Weinstein's background, with a diversity of responsibilities and exposure to all of the company's brands, has him uniquely positioned to lead. With a portfolio that includes Carnival Cruise Line, Princess Cruises, Holland America Line, Seabourn, Cunard Line, P&O Cruises, P&O Australia, Costa Cruises and German-brand AIDA, Carnival Corporation has cruise lines that satisfy nearly every taste.

In his first video message to his new employees, Weinstein highlighted the importance of maintaining the distinct brands that authentically cater to their unique guest audiences. It's a cornerstone of Weinstein's long-term vision for the company.

"The same person who is looking for a three-night holiday on Carnival and fun, boisterous, loud, in a very positive way, is not necessarily the same person that's going to be looking to go on a Seabourn cruise to Antarctica," Weinstein said.

Being able to provide options for all traveler tastes -- or at least as many as possible -- is both good for guests and good for business. Weinstein calls it the "virtuous cycle": Helping guests find the right line for them and delivering onboard on that promise makes it more likely they'll return, again and again.

To that end, Weinstein will continue to put much of the information-gathering and decision-making around each brand in the hands of those closest to them, those who know the brands well.

Happiness is at the Core of Carnival Corp.

If you ask Weinstein what gets him excited each day, his response will revolve around "happiness."

The surprisingly simple concept applies across the business, to passengers and to employees. For guests, it means delivering the best experience possible, making sure smiles are big and expectations are exceeded.

"And all of our brands do it differently, right? Because that idea of what is it that creates happiness for somebody who's on a Carnival cruise versus an AIDA cruise? It's all different, and that's great. It should be different because it's a different target audience, just like we've been talking about," Weinstein said. "But that's what we do, and that's gotten me out of bed every single day for the last 20 years."

But passenger satisfaction is just part -- albeit a big part -- of the equation. Weinstein says his aim is to keep employees happy, as well, because what he loves about cruising is the same thing that has many of us sailing again and again: the people. His goal is to create and maintain a workplace that offers a culture that encourages diversity, personal and business growth and continuous training.

His ultimate goal is making Carnival the employer of choice in the travel and leisure industry.

"And trying to care for ... one another, make sure that we are giving our team members the resources that they need, training tools, career growth, not only to come start with us but stay with us, becoming a more-inclusive environment, seeking out different people's perspectives at all levels," Weinstein said. "All of those things will help us to achieve that. There's no silver bullet. It's just consistent improvement and focus on the people and what they need to succeed. That is a huge pillar for us as a company, for me personally."

Up First: Changing a Way of Thinking

As Weinstein thinks about the future, one area of focus is on shifting mentality, moving from a mindframe that helped the company successfully get back to service during the pandemic to one that drives a return to strong profitability.

Like virtually the entire cruise industry, Carnival Corporation took on debt -- to the tune of roughly $35 billion -- during the pandemic. So, the shift in mentality is certainly an understandable one.

The entire cruise industry was paused in March 2020, and for most brands, cruising only started its slow return in late spring/early summer 2021. Ninety percent of the Carnival Corp. fleet is sailing, and the remainder is expected to return by the end of the year, Weinstein said. Speaking of the incredible uphill battle the cruise industry faced in return to service, Weinstein is effusive in his praise of the determination, perseverance, resiliency and creativity that went into getting to this point.

"I can't understate how monumental that is," he said. "And at the same time, it's hard to do but we have to almost compartmentalize that now and say, 'Great, we did whatever we needed to do to get back into service.' Now that we are here, we can take a breath. ... It's our job to say, 'Right, now we get back to business.' "

Part of the "getting back to business" connects directly to the company's drive to make people happy, something Weinstein notes Carnival -- and the industry -- was unable to do for a year. But now, delivering happiness will serve as a springboard to generate "incredible amounts of revenue."

With the elimination of CDC restrictions, which held back a full cruise return for more than two years, Weinstein believes the company is poised for profitability. Like the rest of the cruise industry, Carnival Corp. had a number of rules in place, including testing and vaccination mandates, which the company is now "responsibly relaxing."

And that same thinking that has helped the company through the pandemic, that creativity, determination, inclusivity and empowerment, will now help secure Carnival Corporation's short- and long-term future.

"It's all just tools in the tool belt that are going to make us that much more successful in the future," Weinstein said.