You may also like
Dismiss
Why Abercrombie & Kent Is the Cruise Line for You
5 Cruises That Deliver Luxury Adventures
Olympics on Cruises: Can I Watch the Games Onboard?
Can I Play Bridge on a Cruise?
Viking Ocean vs. Crystal Cruises
Best Cruise Travel Agents
Monaco Grand Prix Cruises
Monaco Grand Prix Cruise Tips
New Luxury and Expedition Ships Coming in 2020
7 Things to Know About the Cheapest Luxury Cruise Cabins 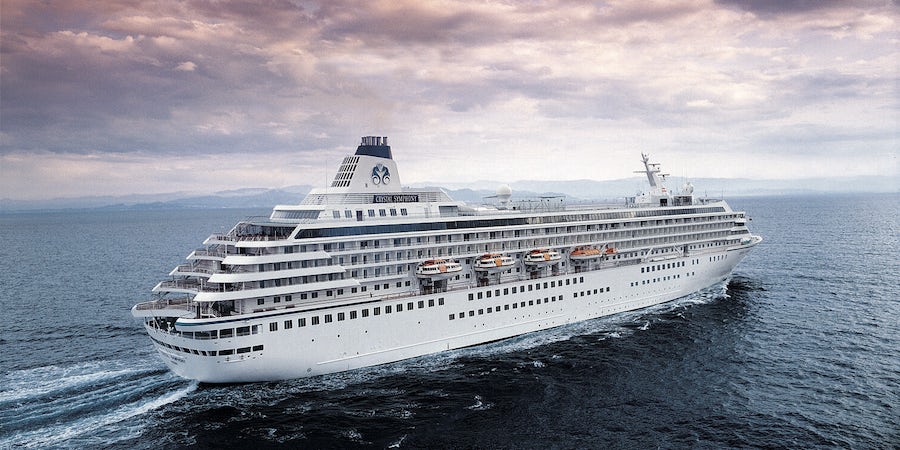 This year didn't start off kindly for Crystal Cruises.

The beloved luxury line, which was founded in 1988, was pulled under by the bankruptcy of its parent company, Genting Hong Kong, in February. At first, Crystal planned to pause sailings temporarily, but Genting's mounting financial woes caused its ships to be arrested in port, putting an end to the 24-year old brand.

At least, so it seemed.

But this isn't just the restart of the brand; instead, for returning Crystal president and CEO Jack Anderson, the relaunch of Crystal Cruises is an opportunity to make it better than ever.

"We may have skipped (Crystal 2.0) and gone to 4.0," Anderson told Cruise Critic in an exclusive interview.

"It will definitely not be the same Crystal because of the work that they're doing on the ships, the work we're doing with itineraries," Anderson elaborated. "But it will have the four pillars that Crystal has always had, which is quality, service, space and choice."

Plans are already underway to refit both Crystal Serenity, built in 2003, and Crystal Symphony, which entered service in 1995. Both ships had been well-cared for under Crystal's guidance, but Anderson, Lefebvre and A&K have big plans for these classic ships.

"The ships are in Trieste at the Fincantieri yard, and we're working with ship designers in Fincantieri on really very significant remodel and refurbishment on both ships," Anderson confirmed.

A key cornerstone of the refurbishment plans: the creation of larger suites throughout both vessels and the reduction of the ship's overall passenger counts to make them even more spacious than they already are.

"Several years ago, Crystal took a deck of staterooms where there were three and converted them into two," Anderson said. " So, they became suites. Part of the current plan is to go much further in the conversion of three rooms into two. And in some cases, four into two or two into one."

"There will be more of the very largest staterooms and more larger staterooms on average, which concurrently reduces the guest capacity of the ship.

"When you reduce the guest capacity further, you end up with a more spacious, luxurious public rooms and restaurants than what the ship began with. Again, that's sort of raising the bar," Anderson said.

Additional below-the-waterline work is planned for both ships, along with changes to public rooms to refresh them.

"There will be much more to come in terms of particulars about the ships, but that's what I can tell you today," Anderson said.

Asked when itineraries would be released for the new Crystal Cruises, Anderson told Cruise Critic these should be up and bookable by the end of the year.

Anderson was also blunt about the importance of Crystal's crewmembers, who are widely praised by past passengers as offering some of the best service at sea.

"Without a doubt, our crew and the service they provide is truly the heartbeat of the company in the minds of travel advisors and Crystal past guests," Anderson said. "Everything possible is being done to make sure that we bring back as much of the crew as we possibly can and maintain that level of quality and training and the part of the family.

"Manfredi, when he was at Silversea, had essentially the same philosophy: if you treat your crew well, they'll treat your guests well. So, we place a very high importance on that."

From Despair to Optimism: The New Crystal Cruises

When Crystal Cruises remerges in 2023, it will do so as a leaner, more core business than it was in the past. Its new expedition ship, which launched just last year, was purchased by Silversea. Its former small, yacht-like vessel, Crystal Esprit, now sails for Lindblad Expeditions. And the company's former European river cruise fleet still sits at layup, awaiting a buyer.

But at its core: Crystal returns to the luxury cruise business it built its reputation off for decades, and it does so with renewed vigor.

"Manfredi has a lifetime of experience in the cruise industry," Anderson says. "He has the financial wherewithal from the investment group. He has the experience, he has the vision, he understands the North American market and he understands luxury cruising. And his vision is only to enhance Crystal Cruises as the ships, the brand, the experience for the guests, to raise the bar, to continue to innovate.

"That's equally demonstrated by Geoffrey Kent over on the A&K side, with 60 years of creating the most luxurious land experiences. I can't imagine a better new ownership. They certainly have the experience and the motivation.

"That's where we are, going from despair to hope and optimism," Anderson concludes. "We'll make it a good year."