You may also like
Dismiss
5 Signs That Cruising Is Making a Comeback in California
The Earth Thanks You: More Cruise Ports Are Going Green
Top 10 Reasons to Cruise with Fred. Olsen Cruise Lines
Flying to Your Cruise: A Guide to Long-Haul Airports, Airlines and Flights
Top 8 Long Haul Short Break Cruises
Most Amazing Cruise Sunset Photos
The 10 Most Popular Episodes of “Cruising with Jane McDonald”
"Pent-Up Demand" Causes Growth In West Coast Cruises in 2021-22
Why a 5-Night Royal Caribbean Private Island Cruise Is Just What You Need: Live from Mariner of the Seas
Fully Back or Almost There - Cruise Lines Increasingly Complete Full Return to Service 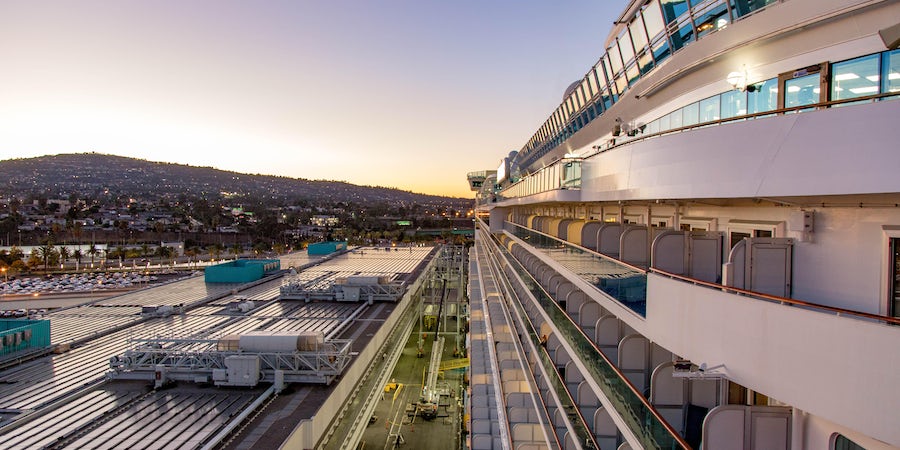 There’s no mistaking the sheer convenience of homeport cruising from the U.S. (and Canada) -- especially now.

Not a fan of flying to join a voyage, particularly with the long lines and delays that have plagued airports and airlines this year? No problem. Just drive to your closest port, and chances are there’s a cruise embarking these days. No baggage fees or weight limits; just show up and board the ship. It really is nearly that simple again now that pre-cruise testing for COVID-19 is starting to relax.

See Also: Our Top 9 Reasons Why You Should Pick a Cruise You Can Drive To Instead of Fly

So, what’s happening in your neck of the woods? Here's our roundup of popular cruise ports outside of the usual Florida mainstays like Miami and Port Everglades that are worth your cruising time and dollars:

Cruises From Seattle (and Vancouver)

The 2022 Alaskan season is already in full swing, but it’s set to be an extended one into late October from Seattle thanks to Norwegian Cruise Line's late-season sailings. Of course, NCL is just one of seven brands and 14 total ships sailing from the Washington port this year -- up from the destination’s usual 11 -- but Norwegian Bliss, Norwegian Encore and Norwegian Sun will be calling Seattle home up until October 23.

Not to be outdone, the region’s other major turnaround port of Vancouver, British Columbia in Canada has upped the ante this year as well. Royal Caribbean International’s Radiance of the Seas and Princess Cruises’ Crown Princess are scheduled to call on Canada Place on October 15 and 18 respectively, and Holland America Line’s Koningsdam is on the calendar for October 24. Crown Princess is returning once more, even later, on November 2.

In other words, there’s still plenty of time to get an Alaskan cruise or Pacific Coastal voyage in this year.

Meanwhile, San Francisco, California is another access point for Alaskan cruises of a longer duration with the likes of Celebrity Cruises, Cunard Line, Oceania Cruises, Seabourn Cruise Line, Windstar Cruises and more sailing from there this season. In fact, the Golden City is Carnival Cruise Line’s latest seasonal homeport, with longer sailings on Carnival Miracle up to Alaska.

Even when summer is through, cruise travelers can still leave their hearts in the city before sailing from its scenic bay to as close as the Pacific Coast itself and as far as Hawaii aboard Princess.

Touting not one but two ports, Los Angeles remains California’s busiest cruise destination. Carnival Cruise Line sails year-round from Long Beach, having taken up residence in the former Spruce Goose dome turned permanent terminal. The brand currently claims it embarks more guests than any other cruise line from California with Carnival Miracle, Carnival Panorama and Carnival Radiance all based in L.A. Looking further ahead, its latest Costa by Carnival product will additionally deploy Costa Firenze from Long Beach starting in 2024.

The second port of San Pedro also has corporate cousin Princess planning extra California coastal runs and jaunts to Mexico on its latest Discovery Princess, along with other vessels and journeys, including Emerald Princess' sailings through the Panama Canal. Royal Caribbean has recently positioned its enhanced Navigator of the Seas year-round from San Pedro, and Norwegian Cruise Line also seasonally sails from San Pedro to the Mexican Riviera.

There’s a reason San Diego, California is dubbed America’s Finest City, and its ease of transportation with the international airport, train (and light rail) depot and cruise terminal all within a mile of each other is certainly high on the list of considerations. Surely that fact contributed to Princess’ recent decision to base Diamond Princess roundtrip from the homeport to the Sea of Cortez, Hawaii and more in 2022.

Holland America Line and Disney Cruise Line have also been longtime visitors of San Diego, and the former’s Eurodam, Koningsdam, Nieuw Amsterdam, Noordam and Zuiderdam are all scheduled through the end of the year. Now that Disney has introduced Disney Wish on the East Coast, Disney Wonder is nearly year-round on the West Coast, alternating between Alaska and Southern California, in close proximity to Disneyland, no less.

Making waves in the Gulf of Mexico and into the Caribbean Sea in recent years has been Galveston, Texas -- another world class homeport servicing the region. Princess is setting up shop there, as well as Carnival and Royal Caribbean, the latter of which is set to debut a swanky new cruise terminal building this fall to support up to its largest Oasis-class vessels, including Allure of the Seas, which officially inaugurates the building this November. Norwegian Cruise Line’s latest vessel, Norwegian Prima, will even make its maiden visit in 2022, and Disney Cruise Line’s Disney Magic is scheduled to return as well.

Speaking of Disney, it’s worth mentioning that Florida’s more off-the-beaten-path Port Canaveral is now welcoming the line’s brand-new Disney Wish, and going head to head with it is Carnival’s most recent new cruise ship, Mardi Gras.

Other lines frequently call on Port Canaveral through the popular winter cruise season, and its close proximity to Cape Canaveral's space center and Walt Disney World makes it a destination worth lingering in pre-or-post-cruise.

These days, it is not a requirement for Florida locals and those nearby to drive to Miami and Fort Lauderdale to board the latest and greatest cruise ships.