You may also like
Dismiss
Top 8 Long Haul Short Break Cruises
Coastal Cruise Tips
What Is Shoulder Season?
Can I Play Bridge on a Cruise?
Cruise Passenger Demographics: Who Will Be on My Cruise?
How to Find a Great Deal on Cruise Critic With One Easy Tool
Where You Can Cruise to Onboard Princess' Newest Cruise Ship, Sky Princess
9 Best Cruise Lines for Cruise & Stay Packages
How to Book a Suite for Less
How To Cope With Cruising's Pause? Plan Far, Far Ahead 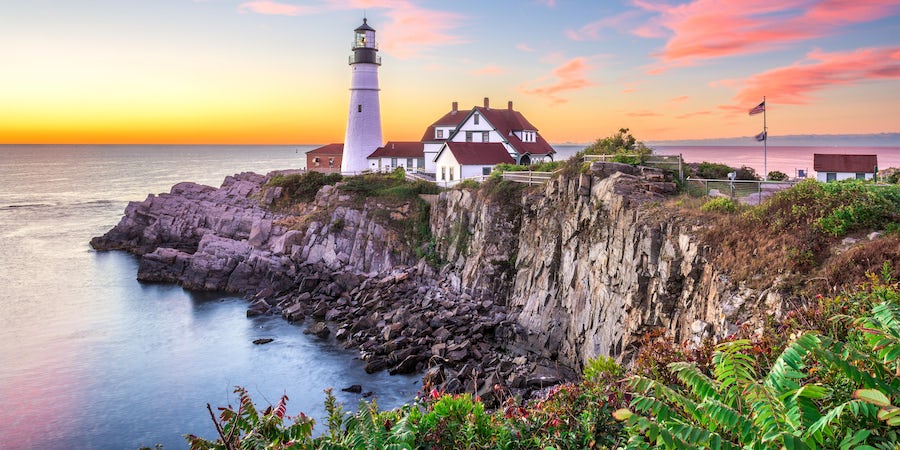 *Editor's Note: Prices and itineraries were accurate at time of publication.*

Beyond the fresh seafood and charming historic towns, one widely known event makes fall an ideal time for a Canada and New England cruise: the spectacular autumn foliage.

The full cruise season for Canada’s Atlantic Provinces and New England runs from May to October, but the largest number of itineraries actually embark between August and October for prime foliage viewing.

South of the border, calls in destinations like Portland and Bar Harbor in Maine, Newport in Rhode Island and Boston are common. While technically not in New England, New York City is also typically featured on these itineraries as a turnaround port.

Many cruise lines, from industry giants to luxury liners, offer Canada and New England cruises -- and 2022 is no exception. Fall itineraries range from weeklong (or longer) roundtrip cruises out of New York and Boston to one-way voyages between Montreal and Quebec and the cities listed above.

When it comes to hunting for deals, cruise lines like Royal Caribbean, Princess, Norwegian (NCL) and Holland America (HAL) tend to offer great value. At the time of publication, the biggest bargains were found on Royal Caribbean and Princess, with deep discounts on six- to nine-night Canada and New England Cruises.

Royal Caribbean offers some of the best deals on Canada and New England cruises in fall 2022. We found inside cabins on nine-night cruises priced well below even some budget-friendly, off-peak Caribbean cruises. And better yet, those deals also coincide with peak leaf-peeping season -- mid September into October -- in many of Royal Caribbean’s New England and Canada cruise ports, including Bar Harbor, Portland, Halifax and Saint John. Similar Princess deals

Elsewhere, we found that Holland America and Norwegian Cruise Line had select inside cabins available for budget-friendly fares. On NCL, we even found some balcony staterooms at attractive prices.

Considering a Fall Road Trip? Canada and New England Cruises Can Be Cheaper

So how do fall deals for Canada and New England cruises in 2022 compare to the cost of a road trip? If you were to cover these same destinations by car, the price difference would be staggering. Take Royal Caribbean’s bargain nine-day voyages, for instance. Hotel costs over the destinations in that itinerary would cost well over $600, even if you're only staying in budget hotels.

And that doesn't include eye-watering gas prices. For instance, a round-trip cruise through New England and Canada from Bayonne to Halifax covers about 2,000 miles. Gas costs for the same distance would likely add $400 to $500 to your voyage. And if you’re renting a car, expect to pay $300 to $400 for an economy vehicle -- at a minimum (if you're renting in a major city, that price will be far higher).

And road trip expenses don’t end there: Meals would also rack up a bill that you wouldn’t necessarily have to worry about on a cruise (and remember, we're talking breakfast, lunch and dinner).

Taking all this into account, it’s easy to see how the value of Canada and New England cruises far exceeds alternative travel plans to visit this region in autumn of 2022.