You may also like
Dismiss
Where You Can Cruise to Onboard Princess' Newest Cruise Ship, Sky Princess
Why Germ-Zapping Robots and AI Technology Could Be the Future For Cruise Ships
How Reassuring are New Cruise Cancellation Policies Really?
How To Cope With Cruising's Pause? Plan Far, Far Ahead
Step By Step: How to Submit Comments on Cruise to the CDC
Photos From MSC Cruises' Return to Sailing in the Mediterranean
What Is A Vaccine Passport -- and Will Cruise Passengers Have to Get One?
Cruise Lines Could Require Crew to be Vaccinated Prior to Return to Service
What Is Happening With Test Cruises in 2021?
Which Countries Can Americans Cruise From This Summer? 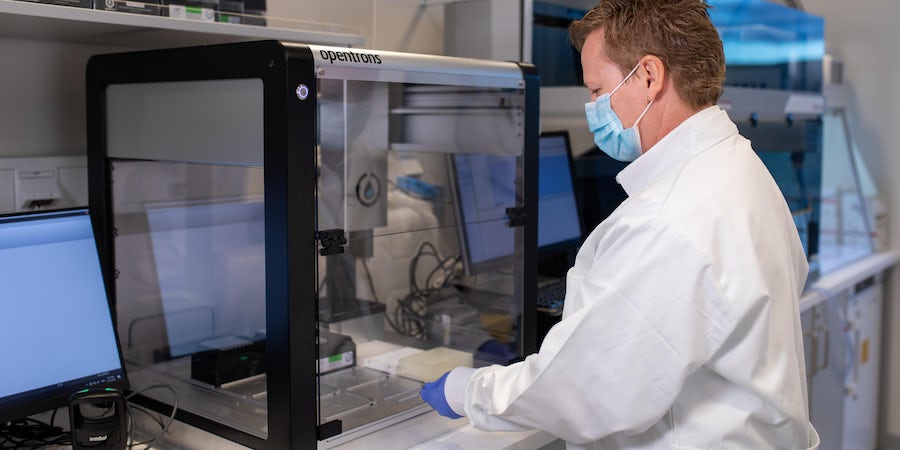 Since the restart of cruising began in earnest in 2021 following the global pandemic, pre-cruise COVID-19 testing has been a mandatory part of the embarkation experience. Line had, in the past, required passengers to produce proof of a negative COVID-19 rapid antigen test or a more thorough PCR test.

But with the removal of the requirement for travelers to provide proof of a negative COVID-19 test in order to enter (or re-enter) the United States, and other countries like Canada following suit in scrapping their own on-arrival testing requirements, cruise lines have begun doing likewise -- slowly.

Which Cruise Lines No Longer Require a Pre-Departure COVID-19 Test?

Countries that will still require pre-embarkation testing include the United States, Canada and Greece, among others. NCLH still recommends all their passengers to be up to date on vaccination protocols and to test at their convenience prior to traveling.

The company emphasized that all voyages across NCLH’s three brands continue to operate under the science-backed SailSAFE health and safety program, which the company says will evolve along with the public health environment.

Viking became the first major line to do away with testing requirement in early June. After requiring passengers to perform daily COVID-19 tests and pre-embarkation tests, the line announced in mid-June that it will no longer require either.

"Effective immediately, Viking will discontinue all on board COVID testing fleetwide," Viking said in a statement. "Viking highly recommends, but no longer requires, a pre-departure COVID-19 test –-- unless one is required by the destination."

Viking notes passengers onboard Viking Orion and Viking Octantis departing from ports in the U.S. and Canada will still need to provide proof of a negative COVID-19 test prior to embarkation, as health authorities in both countries set that requirement.

COVID-19 testing is still available onboard Viking's ships for those passengers' exhibiting symptoms. Viking is the only cruise line to have built dedicated PCR testing laboratories onboard its oceangoing ships.

British line P&O Cruises followed suit on June 24 -- on selected sailings on one ship, it's newest and biggest, Iona.

Holland America Line dropped the pre-cruise COVID test for its ship Rotterdam on selected July 2022 sailiings, mostly from Amsterdam to Norway. Vaccinations are still required and you must have a booster that's been adminstered within the past nine months.

Right now, cruise lines that operate outside of the United States and Canada could stop requiring pre-cruise COVID-19 testing, in accordance with local regulations. In North America, stopping the requirement depends heavily on the decisions of the U.S. Centers for Disease Control and Prevention.

The CDC has long mandated pre-departure testing as part of its framework for healthy sailing which cruise lines pretty well have to adhere to, despite the program being termed "voluntary."

In Canada, the Public Health Agency of Canada -- or PHAC, as it is known north of the border -- takes some, but not all, of its cues from what happens Stateside.

Were the CDC to drop the pre-cruise testing requirement, it is likely Canadian officials would follow suit sooner rather than later, particularly after the government moved to once again allow unvaccinated individuals to board domestic flights and trains throughout the country.

With the removal of the testing requirement to enter the United States for vaccinated travelers, it is likely that, at some point, this restriction -- the only one of its kind in existence in the travel industry -- will soon be a thing of the past.

What About Other Health and Safety Requirements?

Other health and safety requirements aren't going anywhere, regardless of whether a negative test is mandated at embarkation.

Masks are once again being required in interior spaces of Holland America Line and Princess cruise ships headed to Alaska, following rising cases on land in that state. Proof of vaccination is also not likely going anywhere, as vaccination helps prevent severe outcomes for those who do happen to fall ill with COVID-19 while onboard.

But the removal of the pre-departure test -- long a source of anxiety among cruisers -- helps the industry get back on its feet and removes a burdensome cost for passengers looking to set sail. That's bad news for the cottage industry of pre-testing sites and kits that have sprung up over the last year and a half, but good news for those looking to travel in 2022.

Cruise Critic has reached out to the CDC for comment on its pre-cruise testing requirements, and will update this feature as more information becomes available.