You may also like
Dismiss
Hubbard Glacier vs. Glacier Bay Cruises: Which One is Best in Alaska?
Coastal Cruise Tips
Best Women's Shoes for a Cruise
Best Cruise Ports for Fishing
8 Exhilarating Shore Excursions
Figuring Out Your Cruise Shore Excursions in a COVID World
Alaska Towns, Cruise Lines Prepare for Launch of 2021 Summer Season
Can You Work From A Cruise Ship? Our Tips for Working Remotely at Sea
What Kind of All-Inclusive Cruises Can You Find In Alaska -- and Which One Is Right For You?
2022 Alaska Cruises Are Going Strong, But Supply Chain, Employment Issues Remain 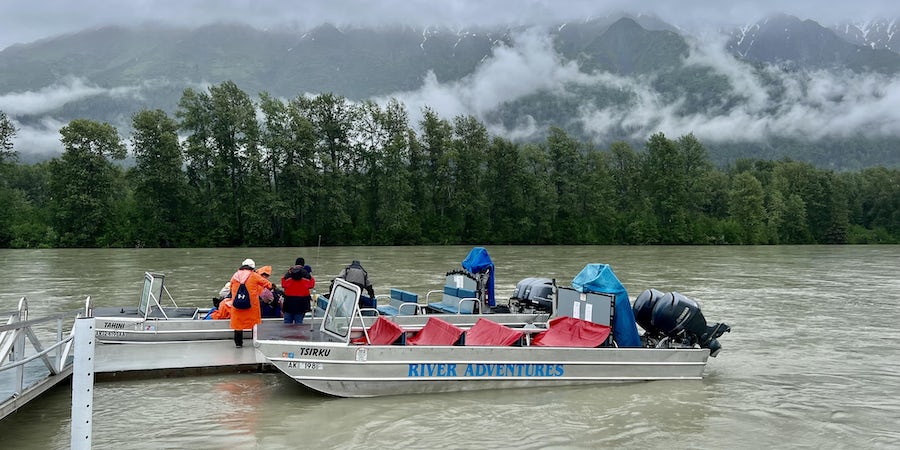 Will the Alaska Labor Shortage Affect Your 2022 Cruise? Probably. Here's How to Cope

It's no secret that labor shortages have affected travel in 2022, particularly in destinations such as Alaska where tour operators and restaurants have struggled to find employees for the season.

Will the labor shortage affect your Alaska cruise experience? It could, unfortunately. Cruise passengers on ships have reported canceled or limited excursions. Cruise lines that offer cruise tours, such as Holland America, have outright canceled select dates and Princess Cruises will not open its Copper River Lodge this season.

We're currently in Alaska onboard Regent's Seven Seas Mariner, sailing from Seward to Vancouver. Along the way, we've talked to local drivers and guides about the labor shortage in Alaska, and how the companies have been forced to cope.

Here's a breakdown of what's happening with cruise tours and excursions in Alaska, as well as some tips of how you can make the most of your 2022 sailing.

While tourism businesses around the world are having trouble drawing workers, Alaska presents a special case, particularly this year.

First, the 49th State had a truncated cruise season in 2021, primarily because Canada refused to allow cruise ships to enter its waters that year. The cruise season started in July 2021, as opposed to the normal kickoff in May -- and that only happened because the Congress passed a waiver that allowed cruise ships to bypass Canadian port stops mandated by the U.S.'s own Passenger Vessel Services Act of 1920.

That delay meant that many experienced tour guides in Alaska -- out of work for 18 months -- went ahead and found other jobs.

The seasonal work force that usually flocks to Alaska also bypassed the state in 2021 because they weren't able to make the usual money that they typically would in the limited months without the usual tourism season. It has also been harder in recent years for foreign workers who used to make up a percentage of short-term tourism jobs to get visas.

Still, the labor shortage wasn't as noticeable in 2021, because cruise lines only sent a handful of ships in Alaska, as opposed to their usual deployment. Ships also capped their capacity dramatically, sailing with as little as 50% of their normal occupancy.

That's changed in 2022. Cruise lines are back to having their full allotment of ships in Alaska this year, and those ships are sailing with few or no limits on the number of passengers aboard.

That has created a demand for more tours, at a time when tour operators are having a difficult time finding people to take on jobs from guides to coach drivers to administrative staff.

In Juneau, Gastineau Guiding works as a tour provider for most of the major cruise lines, operating whale watching sailings, as well as hikes to Mendenhall Glacier.

Before the pandemic, returning employees came from three buckets, naturalist Laurie Clough told us during the "Guide's Special" hike up the East Glacier Trail at Mendenhall. One third of employees are locals who live in Juneau year-round, and spend the summer guiding to make extra money, she said. Another third are young people who come to Alaska for the summer season year after year and do something else in the winter. And the last third are newbies.

In 2022, however, only 11 experienced guides returned, Clough told Cruise Critic. That means the bulk of the guides are 38 newbies who need to be trained on everything from the trails, terrain and safety measures. "It's exhausting," she said.

The on-the-job training was evident on our hike. One of those people with oodles of natural enthusiasm and energy, Clough nonetheless had to spend time checking in on the second hiking group, led by a newbie named Dylan Olp who arrived three weeks ago from North Carolina.

"Take charge of your tour -- remember what you were taught in training!" Clough told Olp, as his group came a little close to ours. At another point, Olp dropped his bear spray -- on a trail that had relatively fresh mounds of bear scat -- and had to run back.

The shortage of guides has meant that the excursion company has had to downscale their operation, even though "the cruise lines want more and more," Clough said.

Even the buses that ferry cruise passengers to and from excursions, as well as those that take guests to the ships in Seward or Whittier, or even to hotels in Anchorage require a driver with a Commercial Driver License (CDL) -- not to mention a special endorsement to operate the bus's air brakes.

School bus drivers often pick up seasonal work as motorcoach drivers in the summer; in two days around Anchorage, we met two of them during private transfers. Both said that fewer drivers are in the state's tourism areas this year, making it hard to keep up with demand. One person in our Regent group did not receive her private transfer as the driver scheduled to pick her up ran over his state service hour limits.

In Haines, Chilkat River Adventures runs jet boat tours through the wilderness, searching for eagles, moose, and bear. As our group from Skagway rode through the wet weather, Capt. CP Pintozzi told us that the company was down two captains "If anyone wants to drive a boat."

The comment was a joke; Pintozzi noted that driving jet boats requires licensing from the U.S. Coast Guard. The company did have captains lined up for the season, but life intervened for two of them -- and the lack of qualified replacements means that the company is still down several workers.

"I haven't had a day off in two weeks," Pintozzi said, noting that if the excursion isn't selling out close to full, the company is generally turning them down so they can make the trip worth it. "We've had to cancel tours."

Tips for Enjoying Your Alaska Cruise in 2022, Despite Labor Shortages

We've been fortunate on this trip -- none of our personal excursions have been canceled, although we did have a port stop changed from Sitka to Icy Strait Point because of stormy weather.

Other passengers on our ship haven't been as lucky, although not all cancellations can be blamed directly on the labor shortage. Celebration -- a biennial gathering of indigenous tribes from around Alaska -- took place in Juneau during our cruise for the first time in three years, understandably drawing people away from the work force; the city also shut down helicopter excursions that day. The usual fickle Southeast Alaska weather also played a role in making several flightseeing tours unavailable.

Still, we've come up with some tips for other cruisers coming to Alaska this summer:

Go Low Tech with Your Tours. The tours most likely to get canceled during the labor shortage are those that require advanced licensing. Lower-tech options, such as kayaking. bicycling or food tours, are more likely to run as they aren't as reliant on employees with highly specialized skills.

Find Independent Tour Guides. With few official tour options available in Icy Strait Point on the day we arrived because of Celebration, we took a shuttle into Hoonah -- and found an independent guide, Jack Diamond of Rivers Alaska, to take us around the island. His personalized tour together with his dad Howard Diamond gave us an up-close view of a mama bear and cub, as well as fantastic stories of what it's like to live in Hoonah. Smaller tour providers, as well as fishing guides, can often be found on TripAdvisor. Bonus: Once you meet a guide in one port, they are often able to set you up with similar guides at your other Inside Passage stops.

Maximize Your Transfer Time. One of the best things we did on this tour was skip the provided bus trip between Anchorage and Seward and take a private transfer to the cruise ship with Steve Thompson. Because we had our own driver through Regent's provider, Premier Alaska Tours, we were able to have a little adventure on the way to the ship. We stopped in Girdwood for excellent apple fritters, watched a mama moose and her calf from the side of the road and took some extra time driving around Seward to see the sights. A middle school teacher during the school year, Thompson was also able to give us fun details about life in Alaska, in addition to historical and natural information.

Skip the Tour Altogether. While most cruise ships focus on official -- and often very pricey -- shore excursions, there are some ports where you don't need a tour to have a great time. Juneau is a perfect example. You can easily take a taxi or Uber from the port to Mendenhall Glacier and do your own hike or stop at the visitor center. Avoid the touristy Gold Creek Salmon Bake and have a meal at the Hangar on the Wharf -- right near the cruise piers -- instead. The Gold Rush town of Skagway can be enjoyed with a walk on your own through the historical park and lunch at the Skagway Brewing Company.

Have a Plan B. Flightseeing and helicopter tours are always weather dependent in Alaska; even if the tour operators were staffed at full capacity, you still might not be able to take to the skies. When you're traveling in Alaska, it's always advisable to have a Plan B -- and that advice is even more important in 2022. Keep your expectations in line and while you hope for the best, prepare for an alternative.

Remember: You don't have to fly on top of a glacier to have a good time in Alaska.