You may also like
Dismiss
Best Hawaii Beaches
Top Ways to Save Money on a Hawaii Cruise
Embarkation in Honolulu: Cruise Terminal Parking, Address and Amenities
Things to Do in Honolulu Before a Cruise
Visiting Hawaii by Cruise or by Land: Pros and Cons
The Best Month to Cruise Hawaii
8 Reasons Why Norwegian Cruise Line's Pride of America Does Hawaii Best
11 Best Whale Watching Cruise Shore Excursions
The World's Best Beaches to Visit on a Cruise
What Is the Economic Impact of the Cruise Industry in the United States? 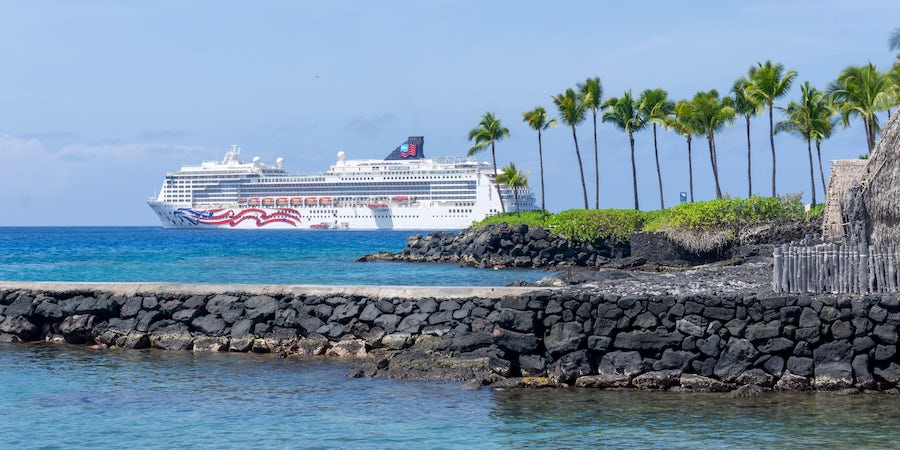 6 Tips for Cruising Hawaii on a Budget

There's no escaping it: a trip to Hawaii costs a bundle.

Hawaii is an expensive destination, no matter which way you slice it. Hotels are expensive, the cost of meals adds up quickly, and cruises to Hawaii typically command higher rates than similar voyages in Alaska or the Caribbean.

But for those looking for Hawaii cruises in 2022 and beyond, there are ways to save money on your trip to Hawaii and still have a great time in this jewel of the Pacific.

Cruise Critic sailed to Hawaii aboard Pride of America recently, and came back with a few tips and tricks to keep those Hawaii cruise vacation costs down.

One way to escape the sky-high shore excursion prices is to rent a car in each port of call. Car rentals are, on average, substantially cheaper and some rental chains like Avis and National will even let you pick an eco-friendly hybrid that's easy on the environment -- and your wallet. We snagged a Toyota Prius in Honolulu during our own two-day pre-cruise stay and filled it with an embarrassingly low $1.83 worth of gas before returning it thanks to its low use of fuel. And that's a good thing: Gas in Hawaii is not cheap.

Renting a car isn't just about economic freedom; it adds increased flexibility in your day-to-day plans. See a cool restaurant or roadside attraction you want to stop at? Just pull over and do it. You're not waiting for two dozen of your fellow shipmates, and you can set and plan your time accordingly, visiting as many attractions and sights -- or as few -- as you prefer.

If your itinerary includes overnight port calls, just be mindful that parking is very limited near the cruise piers and in most cases is just flat-out unavailable -- and that will necessitate either parking your rental overnight back at the airport, or picking up another car the following day.

Also, watch where you park: Three lots in Lahaina we tried varied dramatically in price: the first lot was $20 for two hours, the second was $15 -- and a third, tucked away in between the first two, was $5 for the entire day.

Be Mindful of Prices Ashore

This is probably the best budgeting tip we can give: Be mindful of how much things cost ashore, because it's not always what you'd expect.

Hawaii's ubiquitous ABC Stores offer the most value here, with cheap eats, drinks and necessities to get you through your Hawaiian vacation unscathed. A can of beer might run you $3 compared to $10 down at the local pub, and if you're in search of quick sandwiches on the go, these stores have that, and more, at a price that won't break the bank.

Tourist attractions, however, can ratchet up prices dramatically -- and you'll pay a privilege for just being there. Lunch at the admittedly grand Moana Surfrider Hotel in Waikiki ran us over $100 for two people, and a trip to Starbucks at the Hilton Hawaiian Village induced chest pains with pricing that was hyper-inflated above and beyond our expectations. Paying $7 for a drink that would cost $4 down the road is a bit tough to handle.

The same rule of thumb applies to stores and souvenir shops: The closer they are to major tourist attractions, the more expensive they tend to be. Stroll a few blocks down, and that hat you've been eyeing might be $10 cheaper.

Look For Local Restaurants Instead of Brand-Name Chains

Hawaii is filled with plenty of big-name chains that draw tourists in droves. But instead of that trip to Cheesecake Factory, hit up a local restaurant instead. The food will be better in all likelihood, and the prices will be more down to earth. Your hotel or cruise ship staff can provide recommendations, as can the Internet. TripAdvisor is a great resource when it comes to restaurant reviews on shore, and is an invaluable tool for finding hidden gems (full disclosure: TripAdvisor owns Cruise Critic).

But, as with anything, do what the heart wants. If you want to eat at Ruth's Chris or P.F. Chang's, you do you.

This applies more to pre-and-post cruise hotels than anything, the cost of which can quickly spiral out of control. While there is a small correlation between cost and satisfaction in terms of hotels, you don't need to stay at the most expensive hotel in Waikiki to have a good time. In fact, you're likely to be out of your hotel for the majority of your time in Hawaii anyhow -- meaning that average Holiday Inn is probably just as good as a stay at The Royal Hawaiian.

The same rule holds true for shore excursions: Just because one tour is $400 per person doesn't necessarily mean it is better than the $200 per person one. Rather, it just indicates a difference in inclusions, whether that's transportation, meals, drinks, or the like.

Thinking about your needs, both on-and-off ship, can help you save more money in the long run.

Do As the Locals Do

Don't be afraid to ask the locals where they eat and drink and shop. Remember, they live there year-round -- they don't want to spend a fortune either. Doing this got us to an amazing restaurant in Wailea (Monkeypod Kitchen) and again in Lahaina, where some of the best Italian food we've eaten was inexplicably on Maui (Sale Pepe).

Finally, bring cash along with you -- while a greater number of businesses than ever before prefer cashless payment methods (credit cards, Apple Pay, etc.), there are plenty of small shops -- not to mention taxi drivers -- that simply won't accept anything but the ol' greenback.