You may also like
Dismiss
National Parks You Can Visit By Cruise
McKinley Chalet Resort in Denali, Alaska
Build Your Own Alaska Cruise Land Tour: South From Anchorage
Embarkation in Seward (Anchorage): Cruise Terminal Parking, Address and Amenities
Embarkation in Whittier (Anchorage): Cruise Terminal Parking, Address and Amenities
Alaska on a Budget: Cheap and Free Things to Do in Port
What Is an Alaska Inside Passage Cruise?
5 Reasons to Love Windstar in Alaska
Denali Princess Wilderness Lodge
Booked on a Cruise to Alaska? You Might Notice Some New Features in Port 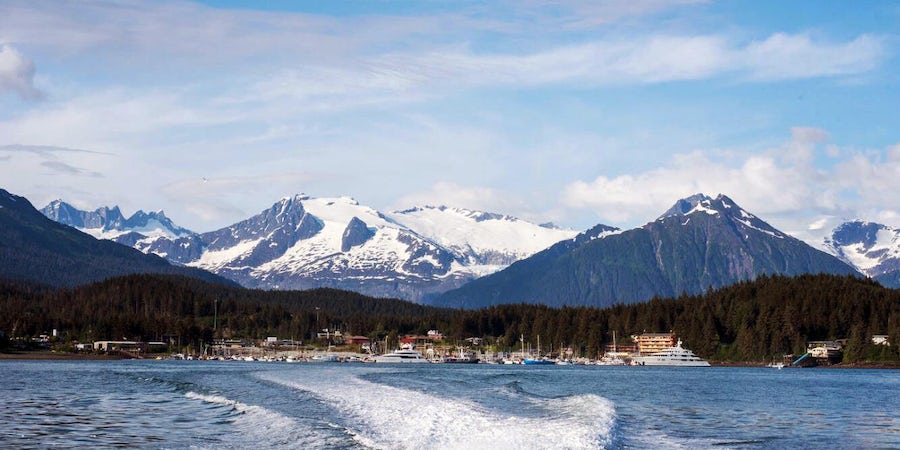 Cruise Critic took an early trip to Southeast Alaska and the Inside Passage where we popped our head into Juneau, Alaska and Ketchikan to see what was in store for the 2022 Alaska cruise season. We spoke to locals, business owners, tour operators and tourism folks to get the scoop on what new experiences cruisers could look forward to in 2022 as we make our highly anticipated, full season return to cruising in The Last Frontier.

Cruising in Alaska may not look exactly the way we remember— after a pause for COVID-19 that cut the 2021 season in half, they are recovering from a major blow to their industry and communities—but the rough storm of the pandemic did manage to make way for a few rainbows. "Some businesses put time into projects and things when they couldn't operate fully," Sarah Leonard, CEO of the Alaska Travel Industry Association (ATIA) tells Cruise Critic.

Here's a look at a handful of the new additions and changes that cruisers to Alaska can expect to see in 2022.

1. A Big Focus on Alaska Native Culture and Activities

According to Leonard, one of the bright spots is that Alaska has become more dedicated than ever to identifying and promoting more of the state's cultural and indigenous experiences to share with visitors. "People have always been looking for authentic experiences," she told Cruise Critic, "but amplifying those types of experiences just makes that deeper connection with travelers."

One of the biggest examples is the new Sealaska Heritage Arts Campus in downtown Juneau, Alaska. Though the finishing touches were still being added during our visit, we can vouch that the building is gorgeous, modern—and located a hop, skip and jump from the Juneau Cruise Ship Terminal Area, perfectly placed for cruise passengers in Juneau's Heritage Square.

Alaska's Inside Passage region is home to the Tlingit, Haida, Tsimshian and Eyak Native tribes. In Alaska, over 17 million acres of land was returned to the Alaska Native tribes, which form corporations that oversee the use and operation of the land.

Opening in June 2022, the Sealaska Heritage Arts Campus will be a focal point where cruisers can dive into various aspects of Alaska Native culture, from live performances to exhibits to classes teaching traditional activities like textile weaving and printmaking. They'll also have an art market featuring Alaska Native makers selling traditional arts and crafts to visitors and locals—which Leonard points out is a perfect souvenir for your trip. (PS: It's also a great way to support Alaska's local and native communities.)

Over in the Saxman Native Village just outside of Ketchikan, Alaska, the Cape Fox Corporation, owners of the Cape Fox Lodge, will be expanding their "Taste of Alaska" food tour to incorporate a seafood tasting and education around the importance of seafood to the Native diet and survival. Beer fans may also want to tack on the new beer tasting option which will let them taste their way through several local brews made especially for Cape Fox.

Heading to Denali National Park and Preserve before or after your cruise? Be sure to double-check your tour itinerary and the fine print. Thanks to ongoing, necessary infrastructure projects, the only road in or out of the park (aptly named Park Road) is only open to mile 43 this summer.

Don't fret, however—the road closure doesn't mean you still can't experience one of the most popular Alaska excursions. "The park is still open," Leonard assures. "It's just that you can't drive all the way into the park because of the road construction. And that'll be a different experience for some visitors that have maybe been to the park before—they might have a different bus tour that they go on, visit different stops and they won't be able to go back to the Eielson (Visitor) Center, which is way back into the park."

The park will be offering its transit bus service to mile 43, or visitors can take advantage of the free shuttle service that runs between the Denali Visitor Center and Savage River, the Riley Creek Loop and the Denali sled dog kennels.

The park will also offer two narrated bus tours with modified itineraries. The Tundra Wilderness Tour will head out to the East Fork Cabin at mile 43, and you'll still get the opportunity to learn all about the park's history, snap pics of the country's tallest mountain (that's Denali, if you hadn't guessed), and enjoy wildlife viewing. The Denali Natural History Tour will venture out to mile 17's Primrose Ridge and focus more on the cultural and Alaska Native aspects of the park.

Regardless of whichever tour you choose, if you want to go to Denali this year, you'll have to book early.

Mill at Ward Cove is a new, privately-owned cruise terminal located about seven miles outside of Ketchikan. Cruise ships that call at Ward Cove—cruise partners include Norwegian (partial investors in the port), Regent Seven Seas, Oceania and American Queen Voyages—will dock in a serene and secluded bay surrounded by spruce trees and steeped in history. The Mill at Ward Cove is a truly reinvented space that was originally the site of the Ketchikan Pulp Mill, the state's longest-running pulp mill.

This year, Ward Cove will move a few steps closer toward realizing its huge vision. The goal is to have Ward Cove be a destination in and of itself; a one-stop shop where cruisers can walk straight off the boat and take their pick of adventure and leisure activities, right on site. Supported by a team that has worked with Princess Cruises and Icy Strait Point on hand, Ward Cove has already got a killer advantage.

For the 2022 Alaska cruise season, arriving passengers can expect to be greeted in-terminal by tall spruce trees and large boulders replicating the feel of the surrounding Tongass National Forest. As the trees give way, the enormity of the reimagined industrial space is revealed sporting an indoor, open-air marketplace vibe with local vendors, live music, and an outpost for a local restaurant. (And yes, the adaptive reuse of old shipping containers into bathrooms is cool, too.)

Technically, Mill at Ward Cove made its debut as a cruise ship port during last year's fractional mini season. In many ways, the 2021 cruise season served as a trial run for the port location, giving the owners a chance to see what worked and what didn't. The takeaways, primarily concerning passenger flow and shuttle bus operations into Ketchikan, have resulted in a tweaked experience for all incoming 2022 passengers.

4. No Tendering Required at the New Sitka Sound Cruise Terminal

Mill at Ward Cove isn't the only private cruise port in Southeast Alaska that's getting a chance to finally debut to the cruising masses in 2022. Family locals from Halibut Point Marine Services over in Sitka, Alaska have been busy revamping their own cruise port dock and building a whole new terminal, too—with a little help from Royal Caribbean.

According to Leonard, the new 40,000-square foot glass and wood cruise terminal is 'beautiful'.

Like Ward Cove, this new port technically debuted last year, though to a very small number of cruisers. Sitka Sound Cruise Terminal will bring visitors into downtown Sitka, as well as host local vendors and businesses onsite, including a local restaurant.

This year, Sitka Sound Cruise Terminal is reportedly expecting to welcome an all-time record number of over 400,000 cruise passengers. The nearly doubling increase in cruise visitors for the 2022 season is in part due to the increase of ships sailing to Alaska this season— and in part because this massive expansion and update to Sitka's cruise port dock has now made it more accessible, particularly for bigger ships; no more tendering required.