You may also like
Dismiss
How to Book a Luxury Cruise for Less
The 5 Most Underrated Cruise Experiences
AARP Cruises: Discounts on Travel for Seniors (and Everyone Else)
9 Mistakes to Avoid When Booking Shore Excursions
How to Make Friends on a Cruise
How to Navigate the Airport on Cruise Turnaround Day
How to Save Money on a Disney Cruise
How to Find a Great Deal on Cruise Critic With One Easy Tool
5 Reasons to Love Seabourn Cruises in Alaska
How to Book a Suite for Less 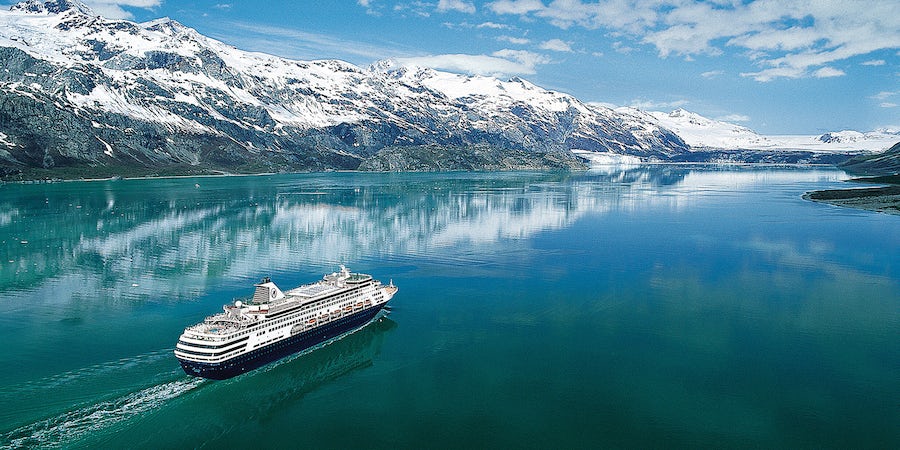 Alaska Cruise Deals: How to Pay Less for Your Big Adventure

Alaska cruise deals are a bit harder to find than their cheaper Caribbean counterparts. In fact, scoring truly cheap Alaska cruises means knowing where and when to look. But why is it so hard to find deals on Alaska cruises? For starters, cruise lines generally operate fewer ships in the region, the season is short, and everybody knows Alaska is on top of many bucket lists.

Alaska Cruise Prices Are the Bedrock of a Good Deal

Without a doubt, the price of your Alaska cruise is one of the most important factors in any deal you'll find. Royal Caribbean, Norwegian, Carnival, Celebrity and Disney all offer solid Alaska cruise deals, but don’t overlook premium cruise options. You might find that Viking Ocean Cruises cost more, but are a great deal when you factor in the included drinks, Wi-Fi, and excursions.

Balcony rooms on Alaska cruises are some of the most popular options because of Alaska's stunning scenery. They come in a wide range of prices, and the lowest fare we uncovered was $73 per person per night. However, any balcony stateroom below $150 per night on a mainstream line is a good deal on an Alaska cruise fare.

Besides low cabin fares, Alaska cruise deals might include additional perks like onboard credit (something you’ll need lots of when it comes to pricey Alaska shore excursions) and even free fares for kids or other sailing companions. To find the best deals, try weighing the value of the deal against your actual needs (more on that below).

Related: Alaska Cruises: Everything You Need to Know for a Perfect Bucket-List Adventure

The best time to shop for Alaska cruise deals is during wave season, which lasts from January to March and is when most lines offer the best sailing bargains. Inboxes overflow with deals during wave season, and if you're after a cheap cruise to Alaska, make sure they're not going to your junk mailbox.

To help you out, here’s an example of fare changes for a Junior Suite on Royal Caribbean’s Quantum of the Seas during peak season 2022. (An Alaska cruise is the ideal time to splurge on a higher-end room. You’ll be spending more time indoors than on a warm-weather cruise.) These are actual prices checked during wave season, starting with a Junior Suite booked departing May 4, 2022 for a five-night itinerary.

All cabin categories will generally follow similar patterns, with the least dramatic changes found among inside rooms, but even those are popular among people who can't tolerate the long hours of daylight durings Alaska's summers.

Read More: The Best Month to Cruise to Alaska

Alaska Cruise Deals: What About Shore Excursions and Onboard Packages?

Alaska cruises are expensive, in large part because shore excursions are some of the priciest out there. You'll want to shop for cruise deals that include onboard credit you can apply to your excursions. These are abundant during wave season, though Cruise Critic's Deal Score also clearly shows you what inclusions and offers are part of Alaska cruise deals as well.

If you're navigating Alaska cruise deals on your own, you'll want to consider your additions carefully. The standard advice is to buy internet and drink packages in advance at a discounted rate, but you might be able to save even more money by waiting until you need Wi-Fi on board the ship or gauging how much drinking you'll do between whale watching and glacier tours. Since your cruise takes place entirely in North America, you likely have cell phone coverage while in port, making Wi-Fi potentially less necessary.

As for excursions, keep your bucket list in mind. It’s entirely possible to spend more on your Alaska shore excursions than on the cruise itself. Expect to spend between $100 and $300 per person for each excursion. If you budget for anything less, you may not get the Alaska cruise experience of your dreams (which makes credits even more valuable for a solid deal).

Get Inspired: 6 Things You Need to Know About Alaska Cruisetours

Expert Tips on How to Snag the Best Alaska Cruise Deals

To help you digest every cruise tip and trick we know about finding a great deal on an Alaska cruise, consult this handy cheat sheet. We've broken it down into the basic tactics you'll need as well as some handy insider info on scoring a cheap cruise to Alaska.

Gold Nugget Deals Tips (Warning: These may be outside your comfort zone, but isn’t that why you want to cruise to Alaska in the first place?):