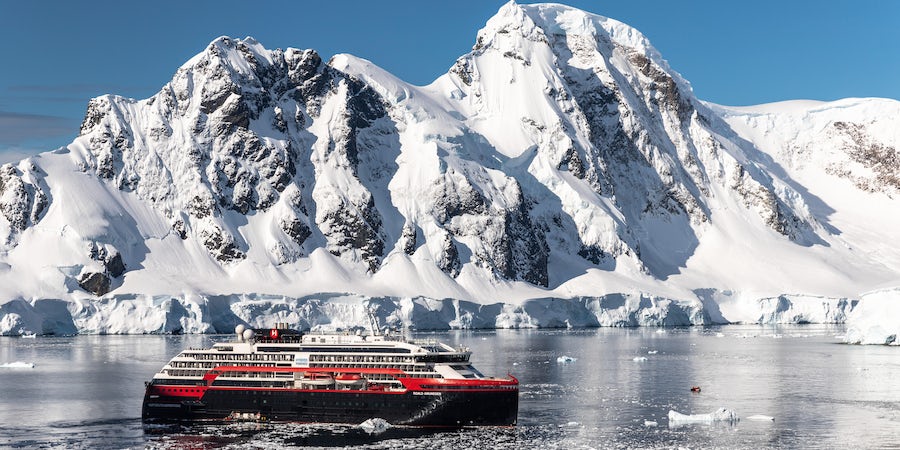 When Is the Best Time to Cruise to Antarctica?

Antarctica is a land of extremes -- by some measures, it’s the coldest, driest, highest, and windiest continent on Earth -- and its brief tourism season reflects that. Cruises can only sail to Antarctica when the ice breaks up during the Southern Hemisphere's summer, generally from November to March, and each month offers a vastly different experience. So when you’re looking to book this once-in-lifetime trip, you'll want to make sure you're picking the best time to cruise to Antarctica.

Of course, "best" is somewhat subjective. Antarctica is beautiful throughout the entire season, but change happens quickly at these latitudes, particularly regarding wildlife, sea and atmospheric conditions, and cruise prices. Thus, you need to carefully consider what you're most excited to see or do in order to determine the best time to cruise to Antarctica for you individually.

To help you decide when to visit Antarctica, we’re breaking down each month of the continent’s tourism season, sharing the best time to see penguin chicks, hike through fresh snow, and even cross the Antarctic Circle. There's only one bit of bad news -- the infamous Drake Passage can be rough any time of year, but if you do want to avoid those swells the good news is -- there are alternatives now to get to the White Continent. Still, Antarctica is absolutely worth the potentially arduous journey, no matter which month you go.

November is Great for Pristine Snow and Iceberg Spotting

Most cruise lines that sail to Antarctica begin their seasons in November, when the pack ice surrounding the continent begins to break up. (The ice doubles Antarctica's surface area in the winter, making most landing sites impossible to reach.) That means during the early season, you'll see the most pristine landscapes, with plenty of fresh snow, giant icebergs that have yet to melt, and fairly few footprints, since the bulk of the tourists haven’t come through yet.

To that end, though, it might be a little difficult to trudge through the deep snowbanks -- I visited even later in the season, in December, and I fell through the snow to my hip on one hike. If you visit mid- to late season, the snow will have melted to some degree, and trails are a little more well-worn by other visitors’ bootprints, making it a little easier to get around.

The early season also has slightly colder temperatures, and some landing sites might still be blocked up with ice, hindering excursions. On the plus side, you’re far more likely to get a chance to walk on fast ice (a sheet of ice that’s “fastened” to land), which is a particularly special experience.

As for wildlife, this is an excellent time to observe penguins courting, building nests, and maybe even incubating eggs. But it’ll be too early to see the chicks hatch. Additionally, most whales will still be making the migration south in November, so you’re less likely to see large numbers of them in Antarctic waters.

December sees the transition from early to mid-season in Antarctica. The month is marked by extremely long days (typically between 20 and 24 hours of sunlight), increasing temperatures, and growing numbers of wildlife.

The first half of December shares many similarities with November, as the landscapes are still relatively pristine (and potentially difficult to hike through), the ice can still be thick, the penguin chicks are yet to hatch, and the whales are only just arriving to feed on krill. But halfway through the month, the wildlife booms, kicking off peak animal-watching season in Antarctica, particularly for penguins and seals. (The whales emerge en masse a little bit later.)

As with all travel during the holidays, prices start spiking in mid- to late December, and Antarctic cruises are no exception. Keep in mind that you might also see more families with children on holiday sailings as they take advantage of school breaks.

January is the Best Month for Fluffy Penguin Chicks!

January is typically considered peak season in Antarctica, and the prices reflect that -- don’t expect to find much of a discount on sailings this month. However, you will find a wide choice of ships and lines to choose from -- there are at last count 18 expedition ships and four mainstream lines operating in Antarctica in 2022/2023.

On the plus side, there will be fluffy penguin chicks everywhere! More whales arrive in the Southern Ocean in January, too, though they’re not quite at their peak yet.

While the weather in Antarctica is largely unpredictable, and storms can sweep through at any time, January is typically a more placid month with some of the warmest temperatures on the Antarctic Peninsula, where most cruises visit. This gives you the best chance to get out on kayaks or paddleboards, which require relatively calm conditions.

And as time passes during Antarctic summer, your odds of being able to go farther south -- perhaps past the Antarctic Circle at approximately 66°33′S -- increase. (For what it’s worth, though, I was able to make it below the Circle on my December sailing, so anything can happen!)

All right, whale-watchers -- it’s your time to shine! February is prime time for viewing all kinds of whales, from humpbacks to orcas to minkes. Penguin lovers will have to settle for much larger, far less fluffy chicks, which are still quite cute, but not what you might picture when you think of the quintessential penguin chick. Adult penguins also start molting, or shedding their feathers, at this time, so they're not at their most photogenic.

By February, the days are quickly getting shorter, though the temperatures typically remain relatively warm, at least in Antarctic terms. But one of the benefits of shorter days is dramatic sunsets that last hours -- photographers will delight in the atmospheric conditions.

A downside to late-season Antarctic travel, however, is the conditions on land. While the many, many glaciers in the Peninsula are still bright white, the rocky shores where cruise guests make landings have far less snow, and far more mucky guano, or penguin droppings. As such, hikes can get pretty slippery -- even more so in the mornings after the snowmelt has re-frozen overnight. I also traveled to Antarctica in February, and I found that I preferred dealing with December's deep snow over February’s goopy guano.

And unless you’re far south by the Antarctic Circle -- which is actually very possible in February -- you’re not likely to be able to walk on fast ice. But don’t worry, there are still icebergs everywhere!

March is Great for Whales, But It's Getting Colder

March is the tail-end of Antarctica’s tourism season, so you’re likely to find the biggest discounts on cruises at this time. You'll also find fewer ships down south, adding to a greater sense of isolation -- a good thing, to those travelers seeking serenity. The whales are still highly active in March, but you’ll likely see other penguin and seal numbers waning as they move out to the open sea for winter. (On that note, predators like leopard seals might hang around as juvenile penguins start swimming for the first time…)

As in February, conditions on land continue to degrade, the days get even shorter (but the sunsets are still beautiful!), and the temperatures start to fall. You might, however, start to get some fresh snowfall again. The sea ice will begin to grow at the higher latitudes, making crossing the Antarctic Circle more dubious this late in the game.

But then there's one of the best quirks of late-season Antarctic travel: color! In February and March, cold-loving pink algae can grow in the snow, creating an effect called watermelon snow. And along the shoreline, green algae thrives, too.